Meet the preLighters: an interview with Sundar Naganathan

Sundar Naganathan is a postdoc at EPFL Lausanne in the lab of Prof Andrew Oates. Here, he studies the biophysical mechanisms of symmetry establishment using zebrafish. We caught up with Sundar to discuss his research, scientific career, and his community activities which involve being a preLighter. 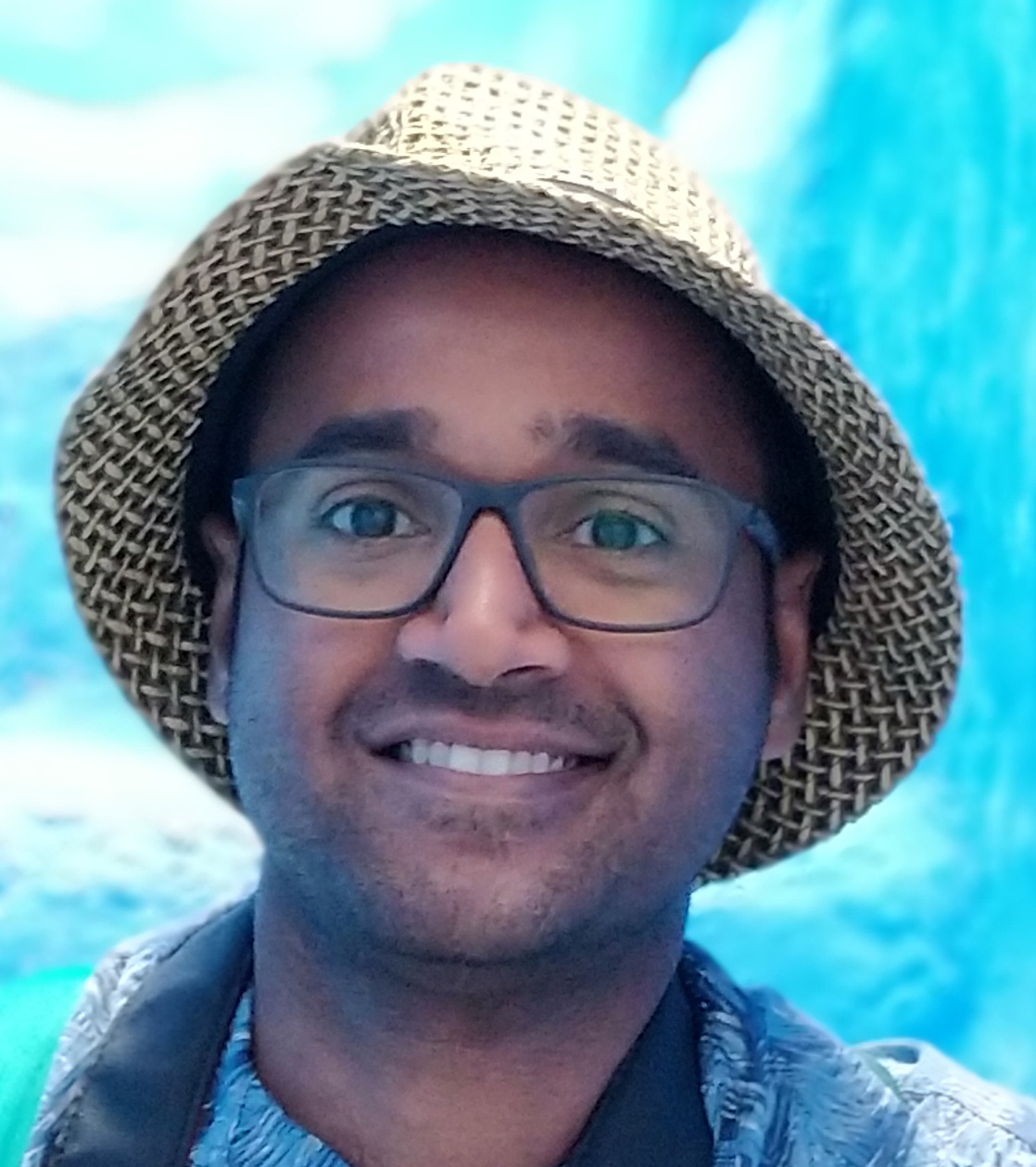 Let’s go a bit back in time – what sparked your interest in science and led you to a career in biophysics?

I’ve always loved biology, but at the same time I had a deep love for numbers as well. So, for my undergrad I chose biotechnology, which had an engineering element. And this interdisciplinary course is what opened up my thinking to looking at problems from a broad perspective, and paved my entry into biophysics.

Your first longer research project was in Sandhya Koushika’s lab at the National Centre for Biological Sciences (NCBS) in Bangalore. Could you talk a bit about those years?

Sandhya’s lab and NCBS was my first deep dive into research. One of the main things I learned in Sandhya’s lab was the importance of model systems and how they can be used to study really complex problems; in our case we used C. elegans to study synaptic vesicle transport in axons. And beyond the lab, the stimulating scientific atmosphere at the institute infused in me scientific values that I carry forward to this day ­– the importance of asking questions, the power of collaboration, and so on. There were also a lot of school students coming in to check out what the different labs were up to, which helped me realise the need for communicating my research to broad audiences.

As a PhD student and then postdoc in Stephan Grill’s lab, what scientific problems were you working on? And how did the Dresden years shape you as a scientist?

My time in Dresden really brought out the quantitative side in me. Stephan himself is a physicist and was always interested in tackling developmental problems in a very quantitative manner. Stephan’s lab had a beautiful mix of computer scientists, physicists and biologists working side by side. There were no boundaries and there was a free flow of ideas across disciplines, which reflected in how we solved each of our research questions.

I worked on many questions, but the problem that really shaped my research career was studying left-right (L-R) symmetry breaking in C. elegans embryos. We showed that myosin motor proteins acting on the actin cytoskeleton, which is intrinsically chiral, leads to larger scale chiral dynamics and cellular flows, which then ultimately leads to symmetry breaking at the embryonic level.

Did you also get involved in any outreach activities in Dresden?

Yes, I was actually part of the group that came up with the idea of the Science goes to school project. We visited high schools and showed students things like how to extract DNA from bananas. In this initiative, I was mainly teaching students about protein structures. You know, it’s amazing that the School Project continues to this day!

How did you end up in Andrew Oates’s lab?

I knew Andy already in Dresden, we used to chat about cricket all the time! But the reason I chose his lab was the scientific problem I was interested in. Having looked at how left-right symmetries are broken in early embryos, I wanted to turn this around and understand how symmetries are established in the first place. I realised that to answer this question, we had to do a lot of quantitative imaging and zebrafish is a great vertebrate model system for that. And because the vertebrate musculoskeletal system has L-R symmetry, studying its precursors ­– the somites ­– was a good place to start, and Andy is also one of the leaders in the field of somite formation. The other reason for joining Andy’s lab was his deep passion for solving developmental problems. I have always cherished those long, five-to-six-hour scientific interactions with him and hope to provide such conversations to my students in the future.

“Having looked at how left-right symmetries are broken in early embryos, I wanted to turn this around and understand how symmetries are established in the first place.”

Did you face any challenges when switching model systems?

Actually, to me the research question mattered a lot more than the model system, and it only takes a couple of months to learn the different techniques and embryo handling. What was more challenging was the fact that in C. elegans I was looking at 1-2-cell stage embryos, whereas now in zebrafish I’m doing experiments at a developmentally much more complex, multicellular stage. So, there are challenges from the perspective of imaging, image analysis, perturbation and isolating tissues from the embryo ­– but this is what also makes the work so interesting!

You’ve recently shared the research findings of your postdoc in a preprint. Could you give us a summary of your work?

As I mentioned, we wanted to understand how left-right symmetry emerges in the muscle and skeletal system during embryonic development. The question really was whether L-R symmetry is a default state in embryos, or if embryos have to actively establish symmetry. We looked at the somites, which have always been assumed to show L-R symmetry. We carried out a lot of quantitative imaging using light-sheet microscopy, developed multiple image analysis tools, and found that, contrary to the textbook view, in fact many somites form in a left-right asymmetric manner in wild-type embryos grown under the same environmental conditions. For example, some somites are misaligned between the left and the right side, or are different in size on one of the sides. Interestingly, these errors are corrected over time after somite formation and we showed that local tissue mechanics, specifically the surface tension of somites, plays a vital role in the error correction process, ultimately ensuring L-R symmetry. This is important because whenever you compromise on body symmetries, you end up with debilitating skeletal disorders, such as scoliosis.

Why did you preprint your work?

First of all, we were super excited about the results and wanted to share them with as many people and as fast as possible, so publishing a preprint really helped. We got a lot of excitement and positive feedback and actually did a few more experiments and analyses based on the feedback, which helped us tune the paper further. A more practical reason was that since preprints are getting more acknowledged they can be helpful when applying to jobs or grants. And a further reason was that it can take from six months to more than a year to publish your work in a journal, and if you don’t preprint that could deprive you of potential collaborations, and you are actually also depriving other scientists from knowing about the advances that you have made.

What drove you to join preLights, and what’s your experience been so far?

I really liked the concept of preLights; often the first thing I do when reading journals is to look at the previews or research highlights, because they give a good overview of all the important articles in a particular issue. Having something like that for preprints is an amazing idea and it really started at the right time, as more and more people were posting their research on preprint servers.
And I have absolutely enjoyed being part of the preLights community, crossing paths with many like-minded people from all over the world has been phenomenal. Another cool feature of preLights that deserves a mention is the “Replies to open questions” coming straight from the preprint authors.

You have been involved in other initiatives as well, for example you’re also an eLife Ambassador.

Yes, as an eLife Community Ambassador, along with Amanda Hurley and Sarvenaz Sarabipour, we started an initiative called career development. Here we discuss a lot about things that are critical to develop your career as an early-career researcher, and when researchers should think about career development. We recently wrote a blog post where we give an overview of career development, including some tips on what steps you should take as a postdoc depending on whether you want to stay in, or move away from, academia.

Talking of career development, what are your plans for the future?

My plan is to become an independent researcher and open a lab, and I’d like to work on symmetries and asymmetries in developing embryos using both C. elegans and zebrafish. I would also like to help develop frugal solutions for common, real world problems. I’m taking a course now called ‘Frugal science’ by Manu Prakash at Stanford University, which is on how you can build concrete and frugal solutions to planetary-scale challenges. So, doing such projects with a part of my lab would be a dream!

Finally, what might people be surprised to find out about you?

I’ve always been interested in community work. One of the things I loved to do in India, Dresden and London was volunteer in old age care homes, and I feel that it’s a responsibility of the younger generation to take care of the older generation. Actually, some of my best times in London and Dresden have been at these homes. For example, in London I used to teach old people how to use the latest technologies and gadgets like smartphones, and how to pay their bills online. An important part was providing emotional support, so I used to take them for a walk in their wheelchairs, and just being there for them gave them a lot of happiness and excitement.