Meet the preLighters: an interview with Connor Rosen

Connor Rosen is a 5th-year PhD student in Immunology in the labs of Profs. Noah Palm and Aaron Ring at Yale University. In his research he wants to find out how the microbiota interacts with the host. We chatted to Connor about his graduate work, why he got interested in preprints and his thoughts on the evolution in scientific publishing. 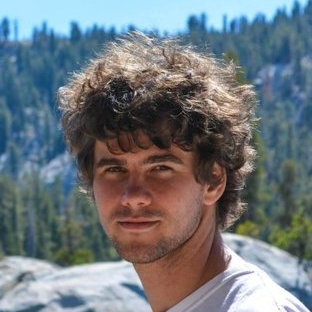 How did you get interested in biology and decide to become a scientist?

When I was in high school I liked science, but had no intention whatsoever of doing biology – I didn’t even take any biology classes. But my chemistry teacher mentioned to me that there was a biology summer internship at UCSF.  I thought, well, I don’t want to do biology but I want to do science, so I should see what being in a lab is like. This was an immunology lab and I really enjoyed it, it turned out way more exciting than I thought it would – the problems that people were interested in and the way they were thinking about science was fascinating!

After your undergrad in California, why did you decide to move to the East Coast for your PhD?

I knew that I wanted to do immunology, but I didn’t have a background in it, since I was doing cell biology and biochemistry as an undergraduate. I applied to a bunch of immunology programs, and thought that the Department of Immunobiology at Yale would be the place where I would get the best training and become the best immunologist I can be.

You actually work in two different labs. What’s the focus of your project?

Yes, I’m jointly mentored by Profs. Noah Palm and Aaron Ring, and I’m really interested in the microbiota and how it interacts with the host. So the main theme of the work I do in both labs is to assign molecular function to microbes. We now know that the microbiota does everything from regulating inflammatory bowel disease, curing cancer, influencing how fast you ride your bike… and whether you get a ticket if you ride over a red light or not, there is probably some correlation with your microbiota [laughs]. Jokes aside, in my project I’m specifically interested in cell-cell contact, for example how we can find receptors that microbes use to adhere. For this, I’m developing proteomic methods to identify specific host proteins that recognize and discriminate between the proteins of the host microbiota. I’ve basically spent the last three years doing methods development so that we have tools to interrogate microbe-receptor and microbe-protein interactions at a proteome scale; this is necessary because there are thousands to tens of thousands of species in the collective human microbiota, and thousands of protein on the host side.

I’m hoping this will help us answer how a specific bacterium is linked to a particular disease or metabolic phenotype. Is it because the bacterium produces a metabolite that is recognized by something? Is it because it’s adhering in a certain way? Is it invading or modulating a certain immune process? So basically I want to know how individual microbe-receptor-immune system interactions happen, and hopefully we will also be able to ascribe some meaning and mechanism to the species already identified to have an important role. One of the issues in the microbiome field in general is that genetics on both sides is hard. On one hand, it’s really hard to do knockouts in bacteria, apart from the model species. And then the ability to do different knockouts in mice are also limited, together with the limitation of doing experiments with larger numbers due to the challenges of working with germ-free mice [which lack all microorganisms] that have to be kept in sterile bubbles, and all of the fun that accompanies that.

So although the really unexpected biology is going to be more challenging to assess in this system, I’m hoping we will lay the groundwork for people who want to commit a lot of time to do that.

Microbiome research is currently very hot, but I’ve seen multiple studies being heavily criticized by the scientific community. Do you think there is a lot of hype in this field?

Yes, I do agree that the hype is sometimes outpacing the science. I think we should be more careful with using words such as ‘cure’ or ‘treatment’. One of the fundamental problems with using such terms is that many studies put in the microbes in the mice before they get the disease. The different microbes can influence the development of the disease, and the evidence for that is often relatively strong, but people don’t come in to get a treatment three years before they have a disease. So this is probably one of my biggest nit-picks – even if you believe all the data in terms of disease development, it’s hard to translate that. This doesn’t mean it won’t happen at some point.

Apart from being dedicated to your research, you also closely follow the latest innovations in publishing; for example you’ve communicated your thoughts on eLife’s author-centric publishing experiment. Could you tell us more about where your interest in publishing comes from?

One of the reasons I’m interested and excited about the evolution in publishing stems from one of my experiences, which probably many people in science have also had. Very early in my career, I was helping a postdoc, who has already worked two years on a project. We had a mouse knockout that had an interesting phenotype in a disease, and we had some explanation of what cell type was affected. After the postdoc and I both left, there was no one in the lab who was going to pick up the project. There were basically three figures for a five figure paper done, it was years of work, a bunch of mice, and interesting results that someone should follow up on. But the story was only half-finished, because we didn’t have a molecular mechanism, which is what most journals want. So this study will never see the light of day, and I think that’s unfortunate. And especially since we are funded by taxpayers’ money, I think we have some sort of obligation to communicate the things we find, even if they don’t turn out to be what we’ve hoped for. So how do we enable such studies to be communicated? This is where I first got really interested and passionate about preprints. And for example this is something that eLife is also trialling with, how to get such information out.

“I think we have some sort of obligation to communicate the things we find, even if they don’t turn out to be what we’ve hoped for.”

What do you think might discourage people from preprinting their work?

Both of the labs I am in are very new, so we’ve had lots of interesting conversations about this. When you are a new PI, given how the current science system works – you have to publish your papers in big journals – if you get scooped you’re in bigger trouble than a senior lab that has ten other projects. I’ve even had preprint authors whose work I’ve highlighted tell me that they have preprinted some of their work, but wish they could put all their work on bioRxiv; however, given the current world of science, they feel they could be putting their students at risk in cases where they know they are competing with a more senior lab. So I can certainly respect such reasons for not preprinting. Posting preprints is also one of those things that until everyone’s attitude changes, people will have reason to not change. That’s also why you have to get a lot of people to shift, which is of course an ongoing effort. And I think with preLights we are positively reinforcing the use of preprints. It will be interesting to see whether over the next 5-10 years having a new generation of people will be enough to swing things, or whether this will take longer.

Given this evolution, do you think there will still be a role for journals, or will they even exist, say in 30 years?

Handling all of bioRxiv just to see what is interesting, let alone reading, is I think just too much. It’s good to have curation, for example I certainly think that there is a role for a microbiology journal that focuses on a specific subset of microbiology, or an immunology journal focusing on some subset of immunology. And I also think from practical realities, even though there will probably be a lot of changes happening, big journals are never going to go away completely.

What got you to join preLights?

Since I like and support preprints, I really wanted to help find cool stuff and positively highlight the best preprints. Another thing is that I wanted to become a better advocate. Immunology is probably not the best field in terms of accepting and diving into the use of preprints, or what I will call alternative publishing methods. I think it’s because it’s a very mature field, where people for a long time have known ‘how things work’, or were trained by such people. And that’s not to say that there aren’t senior PI-s who are starting to put more work on bioRxiv, but as a field I think we’re a little bit behind. So I felt becoming a better advocate was something I could do to help.

“Immunology is probably not the best field in terms of accepting and diving into the use of preprints […] so I felt becoming a better advocate was something I could do to help.”

And now about your future: do you know what you would like to do after you graduate?

I love being in the lab, I love doing science day-to-day, so I’ll find something that lets me do that. My wife is also a graduate student in immunology, so there’s always going to be that two-body problem, but we’re both really interested in continuing research.

Finally, is there anything people might be surprised to find out about you?

I TA-d a cooking class when I was an undergrad at Caltech for two years, and through that ended up cooking for many events on campus – for example I barbecued for 400 people, I prepared and plated twenty-course fancy meals for donors, and I even served an Indian banquet to Steven Hawking!