Meet the preLighters: an interview with Jennifer Ann Black

Jennifer Ann Black is a postdoctoral researcher in Prof Luiz Tosi’s lab at the Faculty of Medicine, University of Sao Paulo, Brazil, where she studies replication stress and genome plasticity in Leishmania. Prior to this, she completed her PhD at the Wellcome Center for Integrative Parasitology (University of Glasgow) under the supervision of Prof. Richard McCulloch and Prof. Jeremy Mottram, followed by a postdoc in the McCulloch lab. She joined preLights in the spring of 2020, and since then has been one of our most active team members. We caught up with Jenn over Zoom to discuss her research on parasites, her move to Brazil and what she enjoys about ‘preLighting’. 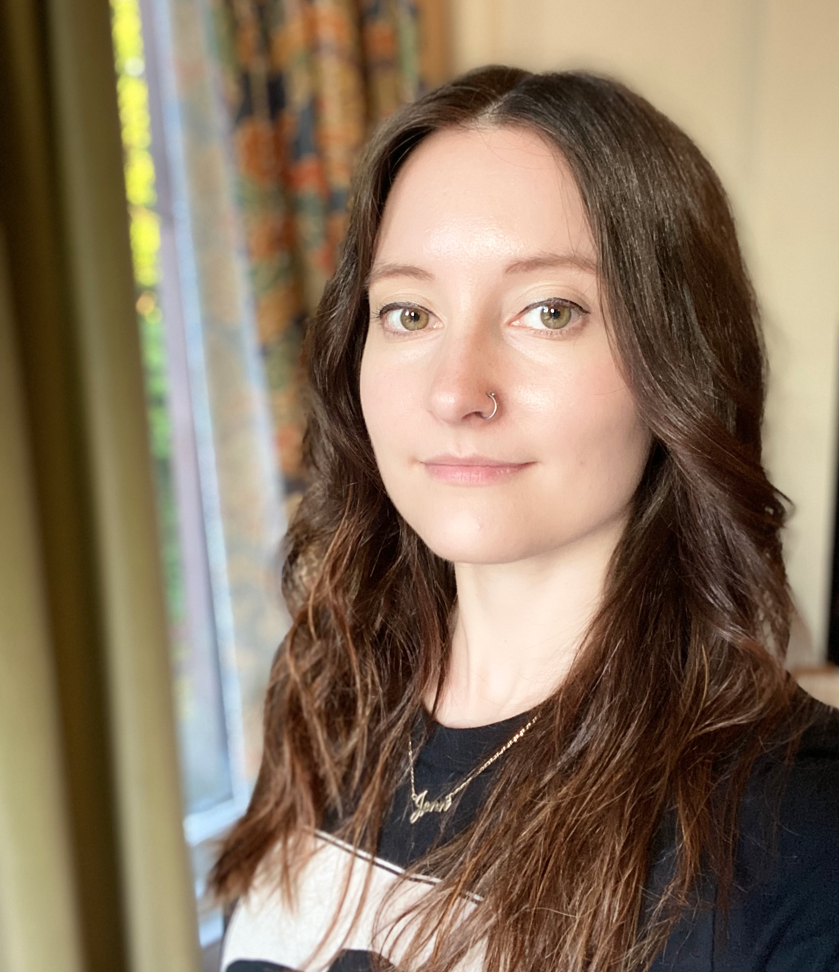 How did you get into science?

Well, science is something I enjoyed a lot at school and I had a really great and enthusiastic biology teacher; we did hands-on practical experiments instead of just looking at videos. He also told us random facts all the time about things I’ve never thought about before. Initially, I wanted to do languages or music, but he sort of swayed me over to the dark side of science [laughs].

Parasitology was a bit of an accident, actually. I went to university in Glasgow, where after doing several more general subjects, you specialise in the third and fourth year. I first wanted to do virology but then I didn’t really like what they were proposing for a subject, so I decided to go for anatomy. But then the anatomy course was oversubscribed so I couldn’t do that specialisation anymore. They asked if I would consider parasitology, which sounded exciting. When I started learning about all the different life cycles of parasites and the diseases they cause, I became very interested. I also had many great and enthusiastic parasitology lecturers, one of which later became my PhD supervisor.

Could you tell a bit about the questions you were trying to answer during your PhD?

When I started my PhD, the lab I worked in studied (amongst other things) DNA repair processes and their roles in relation to host immune evasion in trypanosomes. The way this parasite evades the host immune response is by stochastically switching its surface antigens, but at the time, we knew less about what might signal and trigger this process. Not too long before I started my PhD, it became possible to actually do genome-wide screening in trypanosomes, and a landmark study came out in 2012 that kind of changed the field of trypanosome biology, in my opinion. So, using the technique with support from the lab that developed it, we were able to study, on a genome-wide scale, factors that might be involved in DNA repair. We decided to focus on protein kinases, because they play a key role in intercellular signalling, and it sort of just expanded from there; we did a genome-wide screen and found some candidates that were quite interesting. Shortly after I started my PhD, a Brazilian postdoc also joined the lab who did a much more focussed screen, allowing us to expand our study further. I examined some of the more promising candidates, later working on a core DNA repair-associated protein kinase, which also became my postdoc project.

Last November you moved from Scotland to Sao Paulo, Brazil for a second postdoc. How did you experience changing continents during a pandemic?

It was quite weird to move during the pandemic, wandering through empty airports that are ordinarily quite busy, and there was also virtually nobody on the flight – a bit like how I would imagine travelling during a zombie apocalypse. It was a pretty big move, but I’m very lucky that my former supervisor in Scotland and my current supervisor here have a really good collaboration link, and so I have been getting tremendous support from both of them. Also, the project I’m on now is actually somewhat of a joint project between the two groups. And because I have been here before for a year as a visiting researcher, I know a bit how things work, and about the environment in the lab. But it’s definitely also a bit daunting, I’m now staying here for a longer time and I don’t have a job to go back to. Despite this, I think this experience is extremely positive. I’m learning to adapt to a different environment, meeting wonderful people and (attempting) to become fluent in another language. While it is a big step to take in life and for research, it’s already been worth it for the sunshine!

And what’s your experience been doing science in Brazil?

People are really friendly and accommodating, especially with my bad level of Portuguese (laughs). But it’s definitely very different compared to working in a UK lab, as science in Brazil can be a difficult thing to do. There is generally less funding available for scientific research, so there can be more worry about that. But what I also see here is that a lot of people are extremely driven and enthusiastic about their research. And because the parasite that I work on here is endemic, there are people in our environment who have had the disease caused by it. So, this sort of gives you an extra drive in your research, because you hope that somewhere down the line, it could help somebody else.

Having worked with Toxoplasma, trypanosomes and Leishmania during your career, could you tell us about the challenges associated with researching these parasites?

I think parasites are always quite challenging to do experiments with. Many kits that you can buy commercially, and things that are commonly used in other organisms don’t always seem to work that well with parasites, so often a lot of time is spent getting things to work in the lab. And until very recently, Leishmania was a lot harder to genetically modify, but there’s been a lot of advancement with the introduction of CRISPR. The genome of Leishmania is often referred to as ‘plastic’, which means it can be prone to alterations, so if you try to knock something out or change something within the parasite, sometimes it just won’t ‘let you’ do that no matter how hard you try!

Let’s move over to preLights, you’ve been a very active member of the team, what motivated you to participate in this initiative?

I really like reading science articles, but the parasite field is relatively small compared to other fields, and I have often found myself not reading quite as widely as I’d like to. I think that some of the best insights can come by reading other people’s different perspectives on an aspect of biology that you haven’t thought about before. And preLighting really does give you an opportunity and reason to read more widely outside of your field. I do also like reading parasite papers and think they deserve a little bit more recognition, because you get a lot of very interesting discoveries that people don’t always realise are coming from parasites. So, with that in mind, I thought it would be interesting to point out papers that people in other fields might not have seen before. And finally, preLighting forces you to really understand the paper, since you are summarising it for a broader scientific audience.

How’s your interaction with preprint authors been?

I really enjoy interacting with the authors and I’ve had an overwhelmingly positive experience. Most people are enthusiastic and really just want to talk about their research in a way that they don’t feel criticised or reviewed on what they say. And it’s really nice to get that sort of informal dialogue; sometimes I propose something and they’d say ‘oh, actually in our organism it works differently’. It’s also really nice to put a face behind the science, because publishing can be very faceless and you don’t see the person behind the ‘et al.’ and how extremely hard they worked for the paper.

“It’s also really nice to put a face behind the science, because publishing can be very faceless and you don’t see the person behind the ‘et al.’ and how extremely hard they worked for the paper.”

What’s next for you? Have you already decided on your future plans, professionally?

I go in swings and roundabouts about it. Sometimes I love the idea of continuing in academia and being a professor. But I also enjoyed the experiences I had doing diagnostic science – one of the first projects I worked on as an undergrad over the summer was to diagnose giardia infection – and I really enjoyed the aspect of applying the science to determine whether a person was sick or not, which influenced their life. More recently in the UK, I was working in one of the COVID labs to diagnose COVID-19 infection. It’s quite satisfying to see how a sample goes through the whole process and at the end you get a result that makes a difference to somebody.  So, I’m a bit toing and froing between whether academia is really a thing for me, or whether it’d be nice to do something that’s much more applied and where I feel that I’m really helping somebody directly.

Final question, what is something people might not know about you?

Music has been a big part of my childhood and still is to this day. My mother used to sing at home and also on stage (as part of amateur opera productions), and she thought music is a good thing for children to do, and I’m thankful for that. I play the viola and taught myself to play the piano (also because I was annoyed as a kid that my brother could take piano lessons but not me). I also did ballet dancing for ten years. During university I kind of shelfed music and dance to focus on my studies, but after my PhD I got back into it. I also enjoy climbing and used to do quite a bit of bouldering – I’m not that good and I’m also quite short, so a lot of the time I’m just trying to reach things [laughs].