Meet the preLighters: an interview with Maiko Kitaoka

Maiko Kitaoka is a graduate student in the lab of Rebecca Heald at the University of California, Berkeley. Here she studies the cause of chromosome mis-segregation defects in Xenopus hybrids. We caught up with Maiko to discuss her research, science communication, ballet, preprints and more. 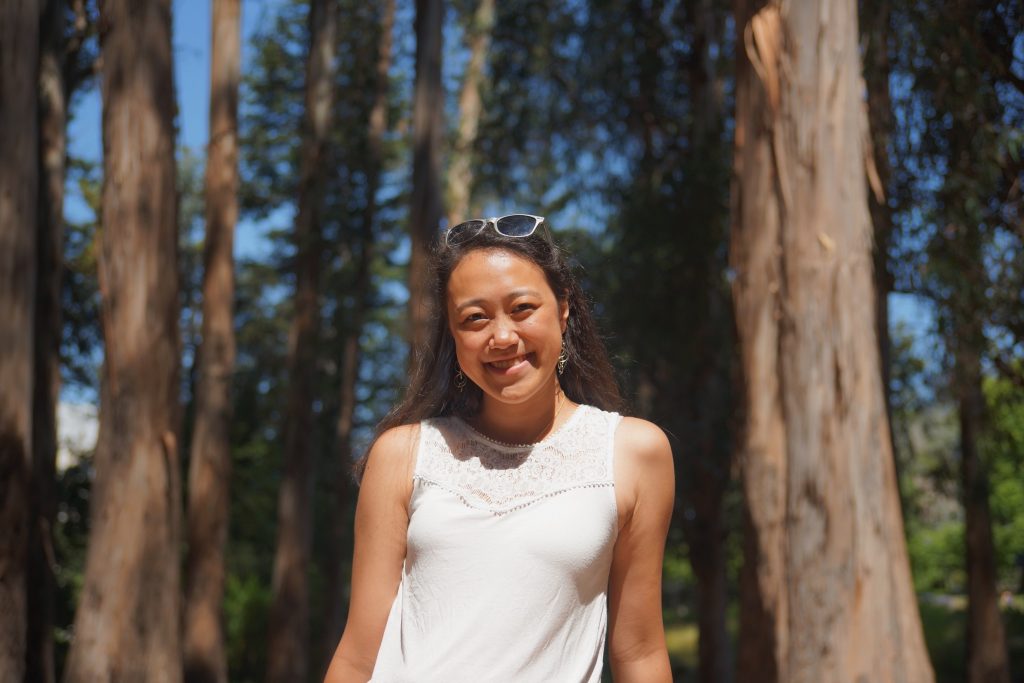 Let’s start in the beginning, why did you decide to become a biologist?

A lot of people have a particular moment they can point to, but I never really had that. As a kid I liked animals and wildlife, but it wasn’t until probably midway through college that I realized I could be a scientist and a biologist. I got interested in understanding how life functions, for example how you go from a single cell to an animal – so that was kind of my main motivation.

On your personal website I saw that you were a serious ballet dancer. So why didn’t you become a professional ballerina?

I was really close! I started dancing seriously when I was 8-10 years old; I really enjoyed being on stage and telling a story without using words, doing choreography that’s supposed to mean something and perfecting that. And being in a costume and in the spotlight is every little girl’s dream (laughs). So I went to New York to train professionally throughout high school, and after that I could have gotten a professional job, but I also have scoliosis, which made it a little bit more difficult. That was the point when I started thinking about becoming an academic. After largely focussing on one main thing [dancing] throughout my childhood, when I went to college I really wanted to try and learn many new things. So I went from something very narrow to something very broad – and then to something very narrow again as a PhD student (laughs).

Could you tell us about your PhD project and what questions you’re trying to answer?

I really like my PhD project because it combines cell division, which was sort of my first love in biology, with the developing embryo, and there’s also sort of an evolutionary twist to it. Our lab works with Xenopus frogs and normally studies mitotic spindle assembly using the egg extract and does comparative analyses across species to look at spindle size scaling. But we found out that if you hybridize two related species, one cross will survive and make a sterile but viable progeny, while the other reciprocal cross will die at gastrulation with a really horrific explosion and lysis of cells. So we got really interested in why these hybrids – which actually don’t occur in nature – die.  Although it’s kind of an artificial construct, it provides a really interesting backdrop for cell division issues in evolution, because we know that the hybrids have mis-segregation defects only on paternal-specific chromosomes. So my project is looking at how these chromosomes get mis-segregated, and why there’s a specificity for some paternal chromosomes over the rest of the genome.

Would you describe yourself more as a cell biologist than a developmental biologist?

Right now I would definitely say that I’m a cell biologist. I realized as I did my undergrad research and then started grad school that I like developmental biology as a framework, but all the individual signalling molecules and pathways confused me more than anything else (laughs). But I actually really enjoy looking at what happens in the cell – and to figure out how cells get orchestrated into a tissue or build an embryo is everyone else’s job, and then collaborations are great!

You do a lot of science communication – and reach diverse audiences through different sorts of channels. What’s the thinking and your motivation behind all these activities?

Currently there’s no real organisation to it, I’m a little bit like ‘whatever I have inspiration for, let’s go for it’! The original sort of impetus for doing science communication is that I really like writing – ever since I was a child I kept a journal of some kind, and was always writing about something. Through undergrad I really enjoyed diving into science and getting my footing there, but then when I got to grad school it got a little stagnant at some points – for example when I hit a technical block – and at those times I felt I needed something else to supplement research. So I started writing again and realized there are outlets to talk about science. That’s kind of the original motivation for my blog, where I write about science or the process of being a grad student. I later found the more official outlets like preLights or the Berkeley Science Review. Since I enjoy reading science that is outside my narrow field and I like expanding my horizons, writing for preLights or the BSR allows me to make use of this in a constructive way.

Was there any other reason you joined preLights, apart from the science writing aspect?

Yes, the second main reason is that I really like this whole preprint thing! When I started grad school it was still relatively new and not a lot of people were familiar with it. I got really lucky that one of my grad school rotation projects ended up being my first first-author paper. It’s a small paper, but I was like ‘hey, let’s preprint it, I want to see what all the fuss is about’! Although nothing happened on bioRxiv with it, it got me really thinking about how science gets communicated and why this process is so agonizing for many people – we have so many memes, jokes and comics about it, but it really shouldn’t be this way! I also think pre-printing is a great way for young scientists to get their foot in the door for whatever their next step is, get feedback, and meet other scientists and potential collaborators online.

What has your ‘preLighter’ experience been like so far, for example in terms of interacting with authors or fellow preLighters?

The interaction with authors is what eventually became my favourite part of preLights. It’s amazing how genuinely nice these people are and that they really care about your feedback! This also makes me more confident in interpreting science that is not necessarily in my field. With the other preLighters, I wouldn’t have thought it would be so much fun to write joint posts. It was really international and great to have so many different points of view. I really enjoy it when it gets this collaborative in our lab too – it just makes science more fun and interactive and there’s really no downsides to that.

“The interaction with authors is what eventually became my favourite part of preLights. It’s amazing how genuinely nice these people are and that they really care about your feedback!”

What are your plans for the future?

I’m in my 4th year of PhD now, and in the US we usually stay until 5 or 6 years. I’m pretty confident I want to do an academic postdoc afterwards, but I have no idea what, or where, or in whose lab. But whatever the next thing is, I really want to broaden my horizons, my knowledge, and the type of science I do. I would also like to make some sort of difference within the scientific community, even if it’s through preprints or making science as open and generous as it can be.

I actually wrote a full length novel in college that I never ended up editing and publishing. I also participate in NaNoWriMo (National Novel Writing Month), which is a huge online community where the goal is to write 50,000 words in the whole month of November. I’ve been trying to do it every year, some years more successfully than others.