Nándor Lipták has been a preLighter for over two years now and has highlighted numerous preprints in this role. Currently our only community member from Hungary, Nándor is a research fellow working in the Department of Animal Biotechnology at the Hungarian University of Agriculture and Life Sciences in Gödöllő. It’s about time to put Nándor in the spotlight and get to know him a bit better. 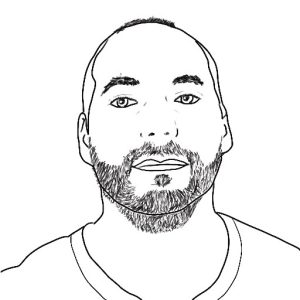 To begin with, could you tell us what sparked your interest in science?

Ever since I was young, I liked reading about animals. As a child, insects were my favourites. They do everything in a specific order, like cool robots.

So what have you been working on during your academic career so far?

During my PhD studies, I was part of the Neuroendocrine Program of the Doctoral School of Theoretical Medicine in Szeged, Hungary. My research topic was to investigate the analgesic tolerance to morphine, neuropeptide-morphine interactions, and anxiety-like behaviours in mice. Now we create transgenic and knock-out mouse as well as rabbit lines to model human diseases in Gödöllő.

What’s a question in your field that keeps you up at night?

Fortunately, I’m a good sleeper and usually don’t really think about my work when at home. Only HBO can keep me awake at night.

Having worked in academia for over 10 years, what’s something you know now which you didn’t realise when you started out?

I didn’t realise how hard it is to get funding for research projects.

Alright, so can you perhaps tell us a bit more about the academic landscape in Hungary?

The current situation is pretty bad, academic research and development is in a slowly-dying phase in Hungary. Some institutions and research groups still get funding from the government, but most of the research groups don’t get anything. Also, PhD stipends and Postdoc salaries are hilariously low, which means that most researchers in their 20s want to leave the country as soon as possible.

So you decided to stay in Hungary after your PhD – could you tell us a how you’ve experienced the transition from being a PhD student to a Postdoc?

Actually, it was pretty smooth, I was hired by the Agricultural Biotechnology Center within two months after my PhD thesis defense.

That’s great! So as a Postdoc, how did you learn about preLights and what made you want to join?

I thought it would be good to get to know the manuscript reviewing process in more detail. I therefore e-mailed the preLights community manager who allowed me to join preLights sometime during the following week.

What do you think are the main benefits of preprints, especially for early-career researchers? What impact do you think preprints have on changing the publishing and scientific culture?

My main problem with traditional publishing is the lack of open review. We usually cannot see the reviewers’ reports – just the dates when it was received, revised, accepted, and published. We don’t know if the reviews were generally positive or mixed. Some publishers, such as MDPI or BMC publish the reviewers’ reports along with the article in some of their journals, but they represent a minority. The main benefit of preprints for me is the possibility for open review.

Has being part of preLights been a good experience for you? What kind of preprints do you aim to highlight as a preLighter?

My impressions are generally good, and I hope this community will stay open-minded and dedicated to science. I’d like to contribute to this by highlighting preprints that fit into my areas of expertise.

I really like Hungarian, British and American contemporary literature and I regularly write poems, short stories and novels in Hungarian and English.