Dr Lauren Maggio is Professor of Medicine at the Uniformed Services University. She completed her PhD in health professions education at Utrecht University, and her research is in medical education with a focus on connecting doctors and patients with the medical information, and increasing public access to scientific knowledge. She is an advocate for open science and has preprinted many of her research papers. We spoke to Lauren about her research career and the importance of open science. 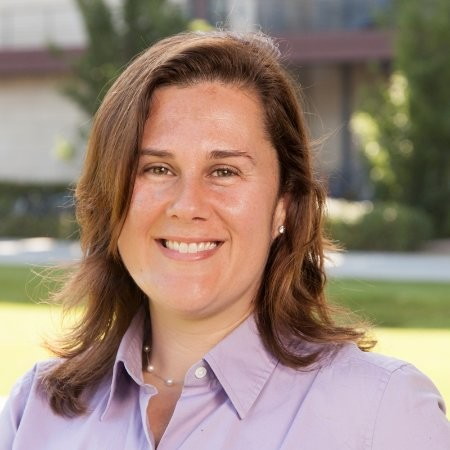 To begin, could you give us an overview of your research and how you came to be interested in this?

My research is centred around the way in which individuals including patients, health care providers, and learners, create, use, and disseminate medical information writ large. I came to this via a background in information science: I was a librarian at Stanford University, where I did clinical rounds with the physician teams. I saw the way both doctors and patients, and the patient’s family, asked questions and how they engaged with new information. It was fascinating to see the power that this information had; how it facilitated conversations, gave comfort, and helped the medical students and residents learn. From there I decided to pursue a PhD, which I did at University of Utrecht in the Netherlands, and then moved into a faculty research role to dig into those areas I’m interested in.

I’ve looked at the creation side of information – how do researchers conceptualise studies, initiate conversations around authorship, or make decisions about publishing – and at the other side of information processing and dissemination, too. For example, I did a study looking at logs from hospitals to understand how information resources were being used at the hospital bedside, to working with Wikipedia to understand how people engage with it to make medical decisions. And now, I’m looking at publishing and preprints. As an author and the Deputy Editor-in-Chief (at Perspectives on Medical Education), I realise that publishing can be really slow. In a study into publishing in medical education, we found that it’s an average of 180 days from submitting a paper to getting it published, and as both an author and an editor that is frustrating. I don’t want to wait 180 days to talk about the work I’m doing. And with that in mind, I remember submitting my first preprint, which was the Wikipedia study, and waking up the next morning to people already talking about it on Twitter. My first reaction was – ‘Oh wow, publishing is fun again!’. That was an interesting paper to preprint because Wikipedia has a bit of a buzz around it, but ever since then I’ve tried to preprint all of my papers – certainly all of my first author papers are preprinted. It’s been a bit of an arc to wanting to make sure that my scholarship is getting out there quickly and is publicly available.

So, it’s been a journey from being an information scientist to becoming a professor of medical education, to getting into the weeds of understanding how people use, create, and disseminate information. All my projects come back to information!

The COVID-19 pandemic must be a particularly interesting time for you with regards medical information?

Yes, I’ve had the opportunity to work with a group in Canada called the ScholCommLab to look at preprints broadly, but specifically at how journalists use preprints to communicate science and the way in which scientists and journalists use preprints to communicate with each other. COVID-19 really shifted that landscape. We spoke to journalists who said that preprints had not previously been in their workflow, but that they are now part of their reporting. People are increasingly looking at bioRxiv, medRxiv, and that involves making judgements about trustworthiness of newly preprinted research. For journalists, that appears to involve a recommitment to good journalistic practices – all the ‘good’ protocols that a journalist should do, such as checking sources, getting more sources, talking to other scientists. Preprints are almost a reminder that, yes, this is what I should be doing as a science journalist, even with peer reviewed literature.

It’s clear from your Twitter account and research webpage that you’re a big advocate for open access and open science. Why is this so important to you?

When I talk about open access, that’s access to information, which is critical. It’s interesting to me seeing patients needing and wanting information, but often that’s information they can’t get. Patients, and often carers of patients, really want to get access to literature – they’d come to the library or ask me on rounds for the same papers that the doctors are reading. And it felt wrong that these people might not have access to what is relevant to them: I feel like information is a right, and we should have access to information that will help us have informed conversations with our doctors and our family. So, from that perspective I really wanted to make sure that people who needed information could access it. Secondly, I work for the US federal government, and I’ve had federal grants, so I see that the taxpayer dollar pays for quite a bit of our science. As enshrined in the NIH Public Access Policy, I believe that everyone should be able to access research that is paid for by tax dollars. Although this is improving, there can still be quite a lengthy embargo on articles, and for fields like medicine, which move so quickly, waiting a year for a paper to become available is a long time. I try to publish all of my work open access when I can, but that’s not always possible, so at least with a preprint there is free access to a version of the final article, which might be behind a paywall.

Then, there’s also the open science side of things before we get to the open access publication of finalised results. One of the things I’ve been trying to do in my lab is to be more transparent with all of our science: depositing our data, depositing our code, so that people can rerun our data if they want to, or reuse our datasets. I think we should get as much mileage out of our data as possible, so opening up that work has been really important to us. I have a lot of pride in my team’s work, and I’m happy for it to be open and have other researchers access and use it.

Do you think there are any concerns around making medical literature available to people outside the scientific community?

I don’t think it’s our decision to decide what people can or cannot read. But this becomes a bigger thing: we need to teach continued health literacy. And I do think with the NIH Public Access Policy and work by, for example, the Gates Foundation, that we are increasingly making accessible research a priority.

You stated you preprint as much work as you can – is that positively received by your team?

This is always an ongoing conversation. I’m fortunate to mentor and supervise a lot of learners undertaking PhD or master’s projects. So, I think increasing preprinting is reliant on talking about it and having those conversations. It has been interesting working with junior scholars, as there is sometimes a little bit of fear there – they’re not always quite sure about preprinting as it’s so different from what they’ve been told and incentivised to do. But we talk about it, and I explain the pros and cons and go from there. If they do choose to preprint then there’s always been a positive response because of Twitter activity, or initiating other conversations, or including the preprint as a reference on grant applications. Looking to the future we need positive role models and education to encourage preprinting and the benefits that come with that.

You mentioned that your first reprint encouraged discussion on Twitter. Have you every been involved in preprint review or received peer review on your preprints?

We try to use prompts to encourage people to engage with us, so I’ve had some comments through email and some comments on Twitter, and I’m always happy to engage publicly in discussion on Twitter as I think that might result in different voices joining in. I suppose I’ve been a little disappointed not to have received more comments and been involved in more discussions on our preprints as that’s one of the things we wanted. I recently published a study with Mario Malicki categorising the types of comments published to bioRxiv over a two-year period, and a fair number of them were pretty good peer review type comments – either group peer review projects or from different peer review platforms. That was pre-COVID, so it might have changed since then.

It’s interesting to look at these different initiatives, and see how they can affect change, especially when we talk about the portability of reviews. At the journal I edit, we allow authors to submit peer review reports on papers that have been rejected from other journals instead of soliciting another round of peer reviews. This is something that needs to be discussed by the community, and we need to protect the resource of peer review because we all only have so much time and energy.

And to finish, what do you think is important for the future of preprinting and open science?

Early career researchers are key. It’s critical to encourage them to think broadly about opening up their work whether this be practices like preprinting, publishing open access, or depositing data. It’s also important that senior researchers role model open science practices and share their experiences. Last, but not least, there is a need to ensure that researchers engaged in open practices are recognized and rewarded for these activities.