Victoria Alonso is a researcher at the Universidad Nacional de Rosario, Argentina. She recently published a preprint describing the use of Ultrastructure Expansion Microscopy in Trypanosoma cruzi, so we caught up with her to ask her about the study and why she chose to preprint it.

Could you tell us the main findings in your preprint?

I validated for the first time Expansion Microscopy in Trypanosoma cruzi, a technique that physically expands the sample and improves the resolution of conventional confocal microscopes almost five times. I was able to “expand” all life cycle stages of this protozoan parasite. I determined the precise localization of tubulin isoforms and isotypes in the cytoskeleton of T. cruzi. Also, I demonstrated that cell-permeable dyes are compatible with this technique and I was able to mark the single mitochondria of this parasite.

Why did you decide to preprint your work?

Firstly, I firmly believe that science should be freely available to all. Open access in theory is great but unfortunately, especially for low and middle-income countries, sometimes it is impossible to pay for open access fees with our local grants. Preprints are a way to make our research available even though published later in non-open access journals.

What’s next for you?

I am committed to developing imaging techniques that will allow our research group to study how the cytoskeleton is shaped in T. cruzi, especially how a-tubulin acetylation affects cell division and differentiation during the cell cycle. These events are key during infection for example and could be new targets against Chagas disease. 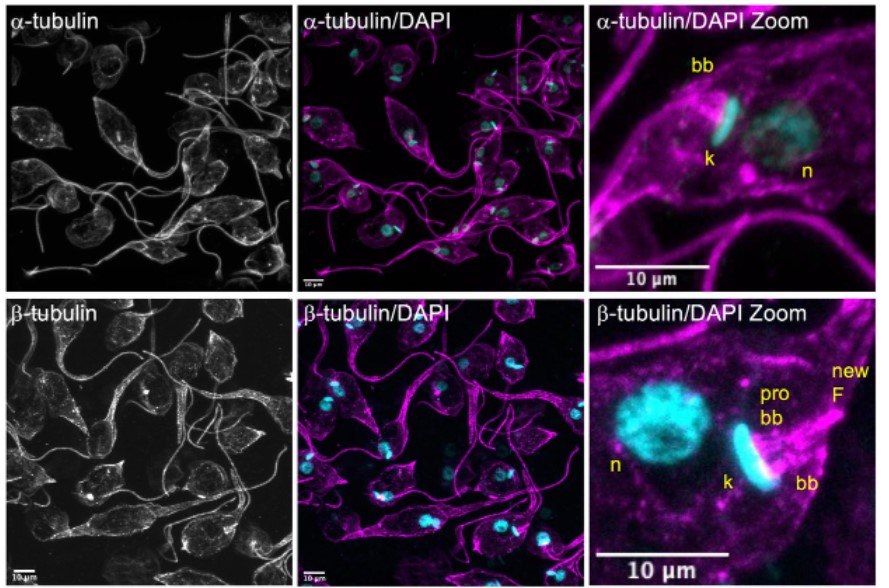