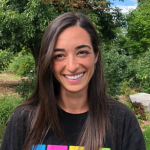 For decades, biologists have been captivated by organisms living in Earth’s most inhospitable environments. These organisms, known as extremophiles, provide valuable clues about the adaptations that facilitate survival at the edges of existence. For example, the evolution of antifreeze glycoproteins has allowed notothenioid fishes to persist in Antarctica’s frigid waters (Chen et al., 1997), whereas specialized hairs that reflect near-infrared light – wavelengths at which the sun is hottest – have allowed Saharan ants to tolerate scorching desert temperatures (Shi et al., 2015). While the study of extremophilic organisms has revealed many remarkable adaptations, it is unclear whether the repeated colonization of an extreme environment would be facilitated by the same evolutionary innovation each time. In other words, if we replayed the “tape of life” over and over, would we always get the same evolutionary outcome?

Greenway et al. hypothesized that if COX resistance to H2S was the primary mechanism of H2S tolerance, then H2S exposure would not impair COX function in fish from sulphidic springs. Interestingly, exposure to H2S did not alter COX activity in fish from two of the three sulphidic populations, indicating that H2S resistance may contribute to tolerance in some P. mexicanapopulations, but not others. Not surprisingly, exposure to H2S inhibited COX activity in all three non-sulphidic populations.

What I liked most about this pre-print

In 1929, August Krogh famously stated that “For a large number of problems there will be some animal of choice, or a few such animals, on which it can be most conveniently studied”. As a comparative physiologist, Krogh presumably intended this concept – known as Krogh’s principle – to apply to animal physiology. In their pre-print,Greenway et al. elegantly demonstrated that Krogh’s principle also has applications in evolutionary biology. The authors used an ideal biological system to ask novel questions about the evolution of traits underpinning the survival of fishes in one of Earth’s harshest environments.

I also admire how the authors used multiple approaches to verify the findings of their study. For example, SQR enzyme activities indicated that fish from sulphidic populations had a greater H2S detoxification capacity than fish from non-sulphidic populations. The authors corroborated this finding with in vivo H2S measurements, as well as gene expression data.

Questions for the Authors

Answers from the Authors

1. Given the biochemical and physiological constraints that H2S places on mitochondrial and organismal function, it is tempting to predict that most organisms inhabiting H2S-rich environments would adapt in similar ways. Evidence suggests that this may sometimes be true. For example, at least three evolutionarily independent lineages of deep-sea decapod crustaceans (including crabs, squat lobsters, and shrimps) all exhibit evidence for positive selection acting on mitochondrial OxPhos genes [1], just as we found across poeciliid fishes. In addition, other animals from H2S-rich habitats exhibit high detoxification activity through SQR, although the evolutionary context of these patterns often remain elusive because comparisons to susceptible organisms either are missing or involve distantly related species with vast differences in genomic architectures and body plans [2,3]. It is important to note, however, that organisms have evolved a suite of additional solutions to cope with chronic sulfide-induced stress. There are four primary mechanisms that may facilitate survival in sulfidic environments, including behavioral avoidance, mitigation of negative effects imposed on toxicity targets, regulation of internal sulfide concentrations, and symbioses with chemosynthetic bacteria, which are outlined in more detail in Tobler et al. 2016 [4].

2. Toxicants – both naturally occurring and anthropogenic – are great for studying evolutionary responses precisely because they have clear, specific targets, and we often have a good understanding of the physiological and biochemical pathways affected by these substances. This knowledge has provided great opportunities to investigate adaptations across levels of biological organization and among divergent lineages. Aside from our preprint on poeciliids adapting to H2S, similar approaches have been used to study how Fundulus killifishes have repeatedly evolved tolerance to hydrocarbon pollutants [5] and how divergent lineages of snakes can tolerate tetrodotoxin that naturally occurs in their amphibian prey [6]. One big take-away from these studies is that the high specificity of toxicants often means there are fewer ways organisms can adapt, constraining evolutionary solutions and enabling us to make predictions about the molecular bases of adaptation in these systems. The more specific the targets, the more likely it is that evolution repeats itself. Other abiotic stressors, like temperature, affect a broader set of processes and pathways simultaneously, likely resulting in lower repeatability of adaptation across increasingly divergent lineages.

3.This is an excellent question! Understanding the role of behavior and physiology in adaptation is of interest to many biologists, as they may act independently or interact to facilitate survival under novel conditions. One hypothesis is that organisms may need to rely only on either physiology or behavior to survive, and under this scenario we would predict that a population of P. mexicana that relies more heavily on aquatic surface respiration may experience relaxed selection on physiological mechanisms of tolerance. Alternatively, behavior and physiology may have additive effects on organisms, such that physiology and behavior are both necessary to survive under hostile conditions. This is currently a question we are tackling in the lab. Sulfidic populations of P. mexicana are an ideal system to study this question due to differences in their ability to maintain function of OxPhos under sulfide exposure in the laboratory. We predict that this species relies on both physiology and behavior to survive in sulfidic environments, and we hope to identify differences in survivability and gene expression under hypoxic and sulfidic conditions to elucidate what role each of these strategies play.

[6] Feldman CR, Brodie ED, and Pfrender ME. “Constraint shapes convergence in tetrodotoxin-resistant sodium channels of snakes.” Proceedings of the National Academy of Sciences 109.12 (2012): 4556-4561.