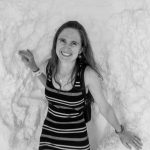 Lysosomal storage disorders (LSDs) are individually rare disorders but together they cumulate into a frequency of 1/8000 live births (1); this is comparable to the incidence cerebral palsy (2).  As such, it is imperative that we understand the mechanisms involved in these devastating disorders. All LSDs share the hallmark of waste product accumulation in the lysosomes, with the exact substrate varying depending on the disorder. In each case, the build-up of abnormal substrate is usually caused by a defect in a hydrolase, transporter, or activator.

An example of an LSD is Nieman-Pick type C (NPC) disease, which has a broad phenotype that includes enlargement of the spleen, ataxia, and psychiatric problems, such as dementia.  NPC is characterized by deficits in one of two proteins; the transmembrane protein, NPC1, or the cytosolic protein, NPC2.  These proteins work in tandem to move cholesterol into and out of the late endosome/lysosome (LE/L), and defects in either protein can cause cholesterol accumulation in the LE/L (3).  NPC1 is a large multi-membrane spanning protein with three lumen-facing domains (4), and mutations in this protein are responsible for 95% of NPC cases.  The most common mutation, I1061T, is found in the largest lumen-facing domain, and causes mis-folding of the NPC1 protein. This results in retention of the protein within the endoplasmic reticulum (ER), and eventual degradation (5). Current therapies for NPC have included treatment with 2-hydroxypropyl-ß-cyclodextrin (2HPßCD), which focuses on removal of accumulated cholesterol within the LE/L. However, in order to optimally treat the disorder, the exact molecular mechanism needs to be understood.

DNA is tightly wrapped around histones, which regulates access for subsequent translation into proteins.  Positive charges on histone tails are attracted to the negative DNA backbone, but this is neutralized by acetylation of the lysine residues.  Histone deacetylases (HDACs) reverse this acetylation, causing the histones to bind DNA tightly once again.  However, it has been discovered that HDACs are not only involved in chromatin remodeling, but also that they can act upon non-histone proteins.  Indeed, it has been demonstrated that HDAC inhibitors (HDACi) can impact cholesterol homeostasis in NPC1 disease models.  Treating neurological disorders such as NPC involves challenges, such as finding therapies that can cross the blood-brain barrier (BBB).  As valproic acid (VPA) is a low affinity, broad spectrum HDACi that is commonly used drug for neuropsychiatric disorders and readily crosses the BBB, this presents an intriguing therapeutic option for NPC.  In this preprint, Subramanian et al. investigate this possibility.

As accumulation of lysosomal cholesterol is a hallmark of NPC, the authors first wanted to establish if VPA is able to reduce cholesterol accumulation.  They treated control fibroblasts, along with NPC1 patient fibroblasts (one homozygous for the I1061T variant, and one heterozygous, P237S/I1061T) with DMSO or VPA for 48 hours.  As expected, the patient-derived fibroblasts exhibited accumulation of cholesterol when treated with DMSO.  However, exposure to 4 mM VPA resulted in a global reduction of cholesterol, indicating that VPA could be beneficial in correcting the NPC1 phenotype. The next stage was to discover if this promising result was caused by correction of the known trafficking defect associated with the mutation.

As NPC1 moves through the ER, 14 N-linked glycans are added, which increases resistance to Endonuclease H (EndoH) degradation. Thus, the more N-linked glycans are added, the slower the migration through a Western blot gel.  At steady state, 80% of WT NPC1 exhibits EndoH resistance, compared to 10% of the I1061T variant, with the latter increasing two-fold with 4 mM VPA treatment. Nevertheless, this is a modest improvement compared to the 60% reduction of cholesterol clearance seen under the same treatment conditions.  Two hypotheses emerged from this observation: 1) a modest improvement in NPC1 trafficking can have a large impact on cholesterol homeostasis, or 2) that I1061T-NPC1 is destabilized upon reaching the LE/L compartment.

LE/L proteins are very sensitive to variations in pH level, and HDACi have been observed to decrease pH of the LE/L. Acridine orange can be used to view lysosomal pH as it fluoresces red in acidic environments and green in alkali. Under control conditions WT lysosomes fluoresced red, in contrast to the green fluorescence of I1061T lysosomes. However, treatment with VPA caused a large shift to the red spectrum.  Additionally,NPC1 is a cation pump that contributes to acidification of the lysosome, therefore, the combination of increased trafficking of I1061T-NPC1 and VPA treatment could result in excessive lowering of the lysosomal pH.  This increased acidity could cause destabilization of I1061T-NPC1.

The anti-malarial drug, chloroquine (CQ), is known to alkalize lysosomes, and, therefore, has the potential to correct the hyper-acidification.  The authors found that treatment with CQ alone caused a green shift in both WT and I1061T lysosomes but a combination of VPA and CQ treatment resulted in the I1061T cells reaching a WT-like lysosomal pH. Thus, this combined treatment can mediate the hyper-acidification, and potentially increase stability of I1061T-NPC1 within the lysosome.

To further study NPC1 trafficking, the authors created a HeLa cell model that replicated the I1061T-NPC1 phenotype, as shown by replicating the EndoH resistance and hallmark lysosomal cholesterol accumulation.  They also demonstrated that WT NPC1 co-localized with the lysosomal marker, LAMP1, whereas I1061T-NPC1 co-localized with the ER makers TMEM97 and KDEL.  The HeLa model also recapitulated the improvements observed with VPA treatment, but the authors now went further and treated the cells with both VPA and CQ. This combined treatment increased EndoH resistance from 10% of total with VPA alone, to 50% of total.

These experiments indicated that VPA and CQ treatment improves trafficking of I1061T-NPC1, but by what mechanism?  The inability of I1061T-NPC1 to be correctly trafficked is thought to be due to the misfolding of the protein, which leads to early degradation, so the authors used a pulse-chase experiment to view changes in the stability of NPC1 upon treatment. After 12 hours, the EndoH resistant fraction more than doubles compared to baseline in WT cells, with a corresponding decrease in the EndoH sensitive fraction.  Conversely, in the I1061T HeLa cells, there is no increase in the resistant fraction, and the sensitive fraction also decreases, indicating decreased stability. Interestingly, treatment with VPA and CQ respectively did not increase stability, but the combination treatment achieved a WT-like result.  This implies that the combined treatment is increasing stability of the mutated NPC1.

As an HDACi, VPA is known to inhibit deacetylases.  Therefore, the authors immunoprecipitated the acetylated proteins and observed extent of NPC1 recovered.  Little I1061T-NPC1 was recovered under control conditions, but this was greatly increased upon VPA treatment.  Acetylation of lysine residues can block post-translational ubiquitination of these residues, thereby preventing ubiquitin-mediated protein degradation.  Indeed, immunoprecipitation of ubiquitinated proteins revealed decreased ubiquitinated I1961T-NPC1 under VPA treatment.  This indicates that VPA may be acting via alteration of the post-translational modifications of NPC1; promoting increase associated with trafficking components, and decreased association with degradation components.  Additionally, treatment with Valpromide (VPM), an analog of VPA that lacks deacetylase inhibition ability, did not increase trafficking.  This suggests that the deacetylase inhibitor activity is crucial.

To discover which lysine residues may be of most importance, the authors used the PAIL algorithm to predict which residues may be targeted by acetyl transferases.  This produced 16 residues, which they subsequently mutated to alanine in WT-NPC1 to assess trafficking.  In most cases, there was no impact, but 4 lysine mutants demonstrated an inability to move out of the ER.  All of these residues are located on NPC1 domains that face the luminal side of organelles, and 3 are found on the cysteine-rich domain.  This domain is where the most prevalent disease-causing mutations are found, including I1061T.  The hypothesis is that these mutations may alter the folding of NPC1 in such a way that these lysine residues are exposed to a luminal deacetylase, which is sensitive to VPA.

Cells contain multiple HDACs, so the authors silenced HDACs 1-11 respectively, to assay the effect on I1061T-NPC1 trafficking.  Silencing HDAC7 had the greatest increase in trafficking, which was amplified by addition of CQ, along with HDAC5 and HDAC8.  Additionally, silencing HDAC7 increased I1061T-NPC1 co-localization with LAMP, decreased cholesterol accumulation and caused a > 4-fold increase in the expression level of I1061T-NPC1.  Interestingly, treatment with VPA caused a dose-dependent decrease of HDAC7 expression, with complete loss at 4mM; the dose where there was the most increase in trafficking of I1061T-NPC1.

In this preprint, the authors aimed to discover if VPA was a potential treatment option for NPC.   They found that VPA treatment was able to improve trafficking of the I1061T-NPC1 variant to the LE/L, and co-treatment with CQ increased stability of this variant. Additionally, they demonstrated that VPA decreases HDAC7 activity, which may subsequently decrease ubiquitin-mediated protein degradation.  In conclusion, this indicates that VPA could be an effective treatment for correcting the trafficking defect caused by the I1061T-NPC1 mutation.

This preprint begins with the observation that VPA can decrease the characteristic cholesterol accumulation in NPC.  The authors then take us through a fascinating story of discovery to reveal the molecular mechanisms behind this finding.  I like their use of pre-existing therapeutic compounds, as this can improve chances for clinical trials.  As early administration can often be critical, successful trials can speed up accessibility of these compounds to patients.  Subsequently, this offers the greatest chance for improvement to both the lives of patients and their families.