Gain of gene regulatory network interconnectivity at the origin of vertebrates

In evolution, more is more: Higher interconnectivity among developmental pathways and enrichment of highly connected genes in vertebrate novelty tissues – clues on the origins of vertebrates. 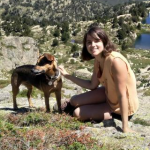 Cephalochordates and vertebrates diverged from their common chordate ancestor over 520 million years ago [1]. From then, vertebrate evolution has been characterized by the appearance of novel cell types and tissues, like adaptative immunity, and the neural crest and its most famous derivative, the endoskeleton [2]. How did the already complex developmental mechanisms evolve to give rise to these new features is a fundamental concern of evo-devo. At the genomic level, two whole genome-duplication events at the apex of the vertebrate lineage laid favorable grounds for evolution. Rather than acquiring completely new functions, most duplicated developmental genes maintained their developmental involvement [3]. At the same time, gene regulatory landscapes for these genes became more intricate.

In order to explore the precise role of interconnectivity of gene regulatory networks in the invertebrate-to-vertebrate transition, Gil-Gálvez and colleagues use a simple (in the best sense of the term) experimental set-up. Taking the cephalochordate amphioxus* and zebrafish as invertebrate and vertebrate models, respectively, they use omics to compare how four major developmental signaling pathways (Wnt, Nodal, FGF and RA) interact with each other. The figure below, from Figure 4. in the pre-print, speaks for itself: these pathways are more strongly interconnected in the vertebrate zebrafish than the invertebrate amphioxus.

Briefly, amphioxus and zebrafish embryos were treated with chemicals that perturb the selected signaling pathways (activators of Wnt and RA, and inhibitors of Nodal and FGF). Embryos were collected at late gastrula stage for RNA seq and ATAC-seq analysis.

For FGF and Nodal, there was a big overlap in differentially detected transcripts upon treatment in the two species. Interestingly, this overlap was notably smaller in the case of RA, and especially in the case of Wnt treatment.

In comparison, a relatively higher number of genes was altered in zebrafish than in amphioxus in response to all individual treatments. This was true both at the transcript level and by ATAC-seq analysis of open chromatin regions.

Clustering analysis of both ATAC-seq data and RNA-seq data also show that most of the identified gene clusters were responsive to more than one treatment, especially in vertebrates. When comparing how many genes are regulated by one, two, three or four of the pathways, they found that zebrafish genes were much more commonly affected by two or more manipulations than amphioxus genes. Altogether, these analyses coincide with a higher degree of interconnectivity in zebrafish than in amphioxus.

Finally, the last figure of the main text illustrates an intriguing concept: novel vertebrate tissues, like the neural crest, express a higher proportion of “highly connected genes” (i.e. responsive to ≥ 3 of the treatments), whereas tissues of ancient evolutionary origin, like the intestine, show a similar expression of “highly connected” and “lowly connected” genes (i.e. responsive to 1 treatment). This is suggestive of a direct link between gain of connectivity and emergence of tissue innovations in vertebrate evolution.

[4] Carvalho et al. An updated staging system for cephalochordate development: one table suits them all. bioRxiv 2020 May.

This is a difficult question to answer. It could be that these pathways are partially re-wired in this transition, but I think that the main reason is that for these two pathways, there is a notable expansion on the number of developmental genes regulated by them in vertebrates. Note that the common genes are mainly developmental ones.

In our initial ATAC analysis we just wanted to demonstrate that the perturbations are indeed affecting the expected pathways. To more directly find motifs associated with them, we have to look at the ATAC peaks that change in the direction of the perturbations. Those going in the opposite direction are mostly affected indirectly. Nevertheless, these peaks are also interesting elements, that is why we did include them in the integration of RNAseq and ATAC-seq data.

Connectivity depends on cis-regulatory elements, which are usually tissue specific. Our results suggest that there is higher connectivity in some novelty tissues, but some ancestral could also gain connectivity.