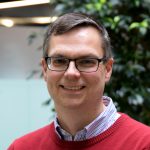 In the current study, Alison Gillingham, Jessie Bertram and colleagues applied biotin-based proximity labelling (BioID) approach using a promiscuous BirA* biotin ligase fused to the GTPase of interest. This fusion construct was targeted to the mitochondria using the transmembrane domain of monoamine oxidase to provide an artificial but tightly restricted mitochondrial localization of this fusion construct. Following biotinylation, proteins are isolated by streptavidin affinity capture and analysed by mass spectrometry. This MitoID approach was validated using GTP- and GDP-restricted forms of Rab5A, which has a well-defined set of interacting partners. Nearly all expected interactions were detected along with several new candidates. Application of the method to 10 other Rabs as well as other small GTPases (Cdc42, RhoA, Rac1, Rheb, RalA, and N-Ras) identified many new candidate interactors as well as most existing ones. Some key and unexpected findings from the work include the identification of many centrosomal and cilia proteins interacting with Rab2A, many new Rab-motor protein interactions, and as one might expect, many golgins. Interesting “nuggets” within the data set include identification of MYO18A and kinesin-2 KIF3A/B with Rab10, a role for Rab9 in the recruitment of the dynein motor regulator NDE1 to endosomes, and links between RhoA and the dynein adaptor BICD.

Proximity-based labelling of proteins coupled with proteomic identification is now a key methodology for mechanistic cell biology research (Kim and Roux, 2016). It has some advantages over previous approaches and can readily be undertaken in living cells. A key issue with any of these proximity labelling technologies is the identification of “bystanders” rather than bona fide interactors. By retargeting small GTPases to the mitochondrial outer membrane, this problem was reduced. A consistent set of background interactions was detected, and a series of specific regulators and effectors defined. A particular benefit is that this enables the direct comparative analysis of GTP- and GDP-bound small G-proteins, the latter not normally being membrane-associated. The method developed doesn’t use particularly large numbers of cells, or require the generation of stable lines, enhancing the likelihood of its implementation more widely. This work will be of interest to those working on the many proteins that have been defined through this interaction analysis, as well as to those looking to develop this technique for their own ends. Potential pitfalls broadly overlap with those relevant to any other similar approach. Further questions would include whether there is any preferential outcome with regard to the interactions detected. For example, one could envisage that the method artificially clusters the GTPases such that lower affinity interactions might be under-represented. The location of the fusion domains, despite careful placement of linkers, could compromise some key interactions. Other multi-partite interactions might be missed where membrane context is important (lipid composition, curvature, colocation of other essential components). It is important to bear in mind that any similar approach suffers from similar limitations and that does not preclude effective implementation of the approach. Careful experimental design, extensive validation, and considered interpretation will always be necessary.

This work provides an elegant example of how combining existing methods (here, artificial mitochondrial targeting and proximity labelling) can add significant value. I also like the fact that this new discovery step is applied and validated, not only for the Rab GTPases, but also for other important and widely studied enzymes. I also very much like the way that this manuscript defines extensive new biological insight that goes far beyond a simplistic description of the method. This gives real confidence in terms of adopting this oneself. One can easily envisage broad and diverse applications of the method.

Could the method be further improved through the use of newer biotin ligase systems (Branon et al., 2018)?

How readily could this approach be applied to other small GTPases such as the Arf family, to other nucleotide-switched systems such as motor proteins?

Could this technique be used in more complex in vivo scenarios to probe developmental or tissue-specific difference in interactomes?

What are the biological functions of these newly identified interactions?

Does Rab2A have a role at the centrosome or in ciliogenesis?

Could the method be further improved through the use of newer biotin ligase systems (Branon et al., 2018)?

We have tested both BioID2 and TurboID. The results with BioID2 are broadly similar to those found using the original BioID.  TurboID has the potential to provide a different type of information as it acts very quickly and so the interactions observed depend on how long the biotin pulse is applied. TurboID may therefore be useful to study the kinetics of interactions, but at longer time points non-specific interactions become apparent and so care would be needed in the analysis.

How readily could this approach be applied to other small GTPases such as the Arf family, to other nucleotide-switched systems such as motor proteins?

Most of the ~165 members of the Ras superfamily are attached to membranes via a flexible hypervariable domain at the C-terminus that ends with prenyl groups and so should work with the MitoID approach.  In contrast, the 29 GTPases of the Arf subfamily are recruited to organelles via an N-terminal amphipathic helix and lie very close to the membrane.  Therefore performing MitoID with the Arf family is likely to require a different arrangement of BirA* and the mitochondrial targeting sequence.  Preliminary results look promising but it will require some optimization. In principle the method could be applied to any other protein family that interacts with other cytosolic proteins so long as the interaction is sustained for long enough for the biotin signal to be detected above the noise. Thus it might work with motors, kinases, ubiquitin regulators etc, especially if there are sufficient family members for comparative analysis or mutations equivalent to the GTP-locked form of GTPase that stabilize any interactions.

Could this technique be used in more complex in vivo scenarios to probe developmental or tissue-specific difference in interactomes?

Yes, this would be an ideal method for looking at both tissue or developmental specific interactions and we have already established methods for mitochondrial relocation in Drosophila. The next challenge is to combine this with BioID, to deliver sufficient biotin to the relevant tissues and to obtain enough material for analysis by mass spectrometry.

What are the biological functions of these newly identified interactions?

There are many potential new interactors and we are currently working on a few of them. We hope that the information provided will be of benefit to the wider cell biology community who will help to address this question.  It should be noted that some of the ‘hits’ will reflect direct binding, whilst others will be interaction partners of direct binders.

Does Rab2A have a role at the centrosome or in ciliogenesis?

This remains to be determined. There is certainly a role for the Golgi in ciliogenesis and Rab2 is known to interact with the golgin, GMAP-210, that anchors IFT-20 at the Golgi and is thought to play a role in sorting or transport of proteins destined for the ciliary membrane. Thus this is an exciting possibility that requires further investigation.