Following the stiffness gradient and need a guide? PKA activity lights the way through mechanically regulated activity in the leading cell edge that is necessary for efficient durotaxis. 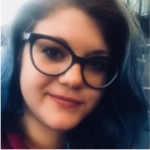 Why This Is Cool – The first important point to this paper is how the authors are measuring Protein Kinase A (PKA) activity. Using a previously validated PKA biosensor, pmAKAR31, PKA activity can be visualized in real-time. This allows them to correlate, not only the levels of activity in the cell, but also the spatial distribution of PKA activity to other factors. This group has previously used this system to show that human ovarian cancer cells, SKOV-3, require PKA activity in the leading edge for efficient migration2. They also recently showed that these cells undergo durotaxis, a directional migration response to ECM stiffness3. How do these two previous findings combine? To further explore PKA activity in the leading edge, cell spreading is examined and surprisingly no significant PKA activation is found in spreading cells. However, after looking at multiple conditions the authors determine that PKA in the leading edge is activated in multiple modes of migration. To get at a general mechanism, they start by determining if PKA activity correlates with integrin adhesion complex dynamics, as cell-ECM adhesion is a general requirement for cell migration. Live paxillin and PKA activity dynamics do not appear to correlate spatially or temporally. So if cell-ECM adhesion is not regulating PKA during cell migration, what is? It could be actomyosin contractility, another known general requirement for cell migration. Inhibiting contractility with Blebbistatin, a myosin II inhibitor, significantly lowers PKA activity at the leading edge. This lowering of PKA activity occurred even before the known disassembly of focal adhesions due to Blebbistatin treatment, consistent with the lack of spatiotemporal correlation between paxillin and PKA activity. On the other hand, live traction force did correlate with PKA activity, highly overlapping at sites of protrusion during cell migration. Traction force was also lost rapidly after Blebbistatin treatment, followed by loss of PKA activity. Lastly, the authors demonstrate a direct response of PKA activation in the leading edge to cellular mechanics in two ways. First, they stretch the hydrogels that cells are plated on, which causes a PKA activity response in the direction of stretch (Fig. 1). A PKA inhibitor and Blebbistatin treatment inhibited this response. Second, they looked at durotaxis efficiency and noted a significant disruption in durotaxis with PKA inhibitor treatment. Overall the authors establish a firm link between the specific spatially defined PKA activity and cellular response to mechanical cues, including changes in cellular contractility.

Why I Selected It – As we continue to study mechanotransduction, I think the field will continue to learn that everything is mechanically regulated. It’s just not an aspect of regulation that was widely considered before. The mechanics of the microenvironment control everything to the same degree or greater compared to traditionally thought about chemical signals, like growth factors, morphogen gradients, or hormones. Since we are just starting to learn the wide spread impact of mechanical signaling, the intracellular response network is also just being worked out and I think this paper does an excellent job of framing PKA activity as part of that mechanically regulated response.