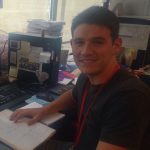 Since Genome-Wide Association Studies (GWAS) began to highlight genetic risk loci linked to common diseases almost a dozen years ago (1), much effort has been devoted to elucidating the functional role of these Single Nucleotide Polymorphims (SNPs). Strinkingly (at that time), most of these common genetic variants in the human genome were non-coding, which led to the study of their potential contribution to gene regulation. In recent years, Massively Parallel Reporter Assays (MPRAs) have allowed to assess promoter or enhancer activity in thousands of DNA fragments en masse moving the genomics field forward (2).

In this preprint, the authors interrogate the genome almost at its entirety for its ability to control gene expression by means of MPRAs. Thanks to a >100-fold scale-up, they are able to test millions of randomly fragmented DNA sequences coming from 4 divergent genomes which results in libraries that contain both alleles for nearly 6 million SNPs. After they performed this ‘even-higher’-throughput assay in two different cell lines, Joris van Arensbergen and colleagues identified >30,000 SNPs that altered enhancer activity mostly in a cell-type specific manner.

The readout of current genomic approaches such as DNase-seq, ATAC-seq or ChIP-seq for some histone modifications are widely used as surrogate markers for active regulatory elements, that control gene expression in a tissue-specific manner. This is due to the fact that, to date, MPRAs do not produce genome-wide maps and, therefore, sometimes open chromatin and histone mark signatures are the best deals one can get. Hypotheses based on such predictive models need to be, in any case, further confirmed.

I chose this preprint for its three major contributions to help understanding the non-coding genome:

At the same time, tissue-specificity of enhancers is thought to be encoded at the sequence level but made effective by the binding of transcription factors (TFs). However, TF ChIP-seq data have shown that affinity for TFBS, although sequence-dependent, does not necessarily need to correlate with functionality. The authors analyzed the disruption of predicted TFBS in alleles that showed an impact on enhancer activity providing a list of putative functional sites for TFs. At rs623853, they experimentally found a loss of binding of Ets-like factors specifically in one allele, contributing to the causal relationship between eQTLs and GWAS SNPs.

Scientific relevance for the field:

The non-coding genome is a fascinating >98% of our genetic material that needs to contain the detailed information to control gene expression precisely in time and space. Despite the rise of ‘omics approaches and the flood of big data that come with it, yet very little is known about the enhancer repertoire in the human genome. Since the technology did not allow it, there was nothing like a whole-genome enhancer map in vertebrates. MPRAs have partially filled this gap by functionally assaying prioritized loci or variants and have nicely contributed to narrowing down causal SNPs in disease-relevant contexts. Nonetheless, the use of different technology and approaches in different labs makes the unification and display of the data in a single version tricky.

With this work, van Arensbergen et al. have generated genome-wide maps of enhancer activity in a single assay for two different cell lines. Having these datasets available will be a useful resource for any scientist studying gene regulation or how human genetic variation contributes to its control, even with MPRAs’ existing limitations due to their plasmid-based technology in which genomic regions are tested ‘out of context’.

1.Having genome-wide maps of enhancer activity will be extremely useful but, what do the authors think about the resolution at which one can look at a particular locus? Will it still be better having less complex libraries for that?

Certainly focusing on certain regions will allow for higher coverage, resolution and sensitivity. We are now working with ~300bp elements and typically have an approximate 250 fold coverage, already yielding pretty good resolution. In fact, this coverage should allow us to use linear modelling (as we did when we first published the method (PMID 28024146)) to further increase resolution, but we haven’t done that yet.

2.SuRE is defined as a promoter-less system that can be used to test enhancers and promoters. Are SuRE values for promoters higher than those for enhancers? Do the authors think that promoter activity detected in the assay might mask the detection of enhancers?

I don’t think it will be a big problem; I think the dynamic range of the assay is good enough. Its also good to keep in mind that most of the non-informative reads go to background (i.e. non-active areas) rather than to other peaks. It is true that the signal for enhancers annotated based on histone modifications is on average quite a bit lower, but I personally think this also has a lot to do with the fact that we do not know if these elements are indeed serving as enhancers. Typically, the SuRE signal at well characterized enhancers is pretty good.

3.In this preprint the authors claimed that a feature of SuRE is that it outperforms current MPRA technology in terms of library complexity by >100-fold. Do the authors think that other unbiased systems that use fragmented DNA (e.g. STARR-seq) are not able to reach the same degree of complexity?

Yes we are referring to what is published which is mainly the synthetic approaches. Other systems using fragmented DNA could also  reach the desired complexities.

4.Since previous MPRA studies have measured enhancer activity in human cells, how well does SuRE compare to other existing MPRA systems at equivalent loci?

We did a comparison when we published the method (PMID 28024146; figure 5f)  and saw a significant correlation with r=0.29, but its a tricky comparison since the MPRA libraries have ~150bp elements and the overlapping set (i.e. loci tested both in SuRE and other MPRA) was small and mainly contained elements which weren’t very strong in either of the assays to begin with.

5.The genomics field focuses on identifying active elements by direct methods such as MPRAs, however the identification of repressing elements is mainly predicted through indirect measurements such as the presence of some histone marks and/or members of repressing complexes. How do the authors envision the direct detection of repressor elements systematically?

I guess you could develop an assay with high baseline expression which you use to ask which elements can reduce that expression. On the other hand I could imagine that for repression a more native chromatin context is more important (than for detecting activating elements). Personally I expect repression to play a smaller role with most inactivity being the result of lack of activation.