Meet the preLighters: an interview with Jonny Coates

Jonny Coates is postdoctoral researcher at the Queen Mary University of London, where he is investigating the role of neutrophils and T-cells in ischaemia reperfusion injury. Jonny has also been involved in various projects around preprints, peer review and career development, which he talks about in this interview. 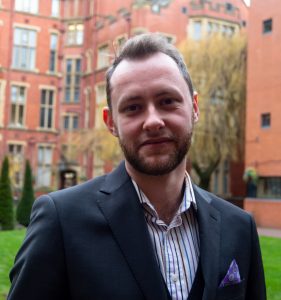 How did you get into research?

For a long time, I actually wasn’t sure quite what I wanted to do and was deciding between being a detective, something science-based, medicine, or law. During my undergrad I was in the lab twice a week, doing a bit of everything, and I really enjoyed learning lots of new things all the time – and not really mastering any of them, which is also true for my current skillset [laughs]. Then during my Master’s, I got my first proper taste of research, often spending seven days a week in the lab working stupid hours, but it was great and I loved doing it!

And where did your interest in immunology come from?

I think it’s partially a leftover of wanting to be a medic. I wanted to do something that helped people, and immunology is one of those fields where there can be a fairly direct translation of your research, no matter whether you work on worms, fish, mice or any other system. Also, immunology is really difficult, which was very appealing to me. You can have a cell in one context doing a certain thing and, in another context, acting totally differently.

During your PhD at the University of Sheffield, what questions were you trying to answer?

We were looking at how the fruit fly equivalent of a macrophage performs its different functions. From humans and mice all the way down to fish – in terms evolutionary scale – macrophages are known primarily to be pro-inflammatory or anti-inflammatory. But we didn’t know if this was the case in flies – so this was the really simple question that turned out pretty difficult to answer and took us over three years. We showed that in the fruit fly embryo macrophages exist as quite distinct populations, and discovered a mechanism by which we can potentially push them towards one or the other. We posted this work as a preprint last year and it actually just came out in eLife.

What do you feel are the main benefits of preprints, especially for ECRs?

There are some really well-documented reasons why they are so useful, for example, they’re amazing for your career progression as an ECR because you can show that you’ve been productive without waiting the year, or sometimes two years it might take, to get a paper published. So, if I were applying for fellowships I could put the preprint on my CV and say ‘look, I’ve done this work’. They’re also great for exposure, as I’ve more recently discovered, and this is something I hadn’t considered such an important aspect before for ECRs. Actually, with the recent work we’ve been doing on COVID-19 preprints, I probably wouldn’t have been able to publish this work as senior author because of the lack of funding for ECRs to publish without established PIs. So, in a way preprints allowed me to become independent much earlier than I would have otherwise been able to. I’m also about to launch a new podcast focusing on preprints and the ECRs behind them to really highlight just how beneficial preprints are – so look out for that in the coming months.

Could you talk a bit more about the recent COVID-19 preprint projects you’ve been involved in?

An earlier project was the covidpreprints.com website, where we put together a timeline of what we considered to be important preprints related to COVID-19 research. That has quieted down now, because there’s just too much literature, so you’d really need quite a big team to keep the list and timeline up-to-date. A bit separate from that we started the ‘Preprinting a pandemic’ project, which was a collaboration between some people at preLights, ASAPbio, and also others. Here we looked at how preprints are being used to disseminate COVID-19 research and the impact of preprints during the pandemic [read the paper in PLOS Biology]. This work later led to the ‘Preprints in motion’ project where we assessed how works have changed between preprint posting and journal publication [read the preprint and Jonny’s blog post]. These have been great collaborations which kept me happy and sane pretty much throughout the pandemic.

Is meta-research around preprints and peer review something you are planning to continue doing in the future?

I have Friday drinks every week with some friends from my PhD and they often ask me this question. In terms of the near future, we are carrying on and are starting to plan out the next part of the project, where we’ll be looking more broadly at how preprints change upon publication, also including other preprint servers. For the longer-term future, this is not something that I will ever have as my main focus, because I love immunology and being in the lab, doing the wet lab stuff. But if I’m lucky enough to start my own lab at some point, it’s something I’d like to do on the side, together with things like career development and advocating for ECRs.

Let’s talk a bit more about career development. What prompted you to recently set up a dedicated Slack group for postdocs in the UK?

I’ve had positive but also a lot of negative experiences in academia, and I’ve also seen other people struggling in their academic work environment. The idea behind the Slack group was to provide a safe place for people, who are doing or planning to do their postdocs in the UK, to talk about postdoc life, future job applications or careers both in and outside of academia. We currently have over 200 members and have started planning various activities such as seminars around career development and hosting ECRs within the community for “invited” talks.

Switching over to preLights, you’ve obviously been a very active team member; what’s your experience been so far with this initiative?

I love the fact that preLights allows me to skip fields a little bit and look at things that I’m interested in but wouldn’t normally get to write about. But by far the best thing has been the community. One really good example would be meeting Gautam [Dey] through preLights, with whom, at some point last year, we were working on four or five different things. But I’ve also collaborated with other preLighters. I feel really lucky because a lot of things that I’ve done would not have happened had I not been a part of the preLights community.

Finally, tell us something people might be surprised to find out about you.

I’m a bit of an adrenaline junkie. I climb a lot, and back when I was working up in Newcastle doing my Master’s, the lab manager and I would go out every weekend climbing around Northumbria, and later we also started doing abseils. I also ride motorcycles and I’ve done a few skydives. I’ve already got quite a few ideas for bungee jumps and wing-walking when we can do that again. 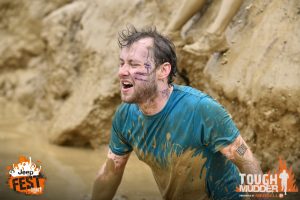