Meet the preLighters: an interview with Zhang-He Goh

Zhang-He Goh is a new PhD student in Chemistry at the University of Cambridge’s Syntech CDT. He completed his undergraduate studies and research at the National University of Singapore and A*STAR, where his main research projects were focussed on tuberculosis and reducing the side-effects of anti-tuberculosis drugs. We caught up with Zhang-He just before he moved to the UK to discuss his scientific journey leading to a position in Cambridge and his activities as a preLighter. 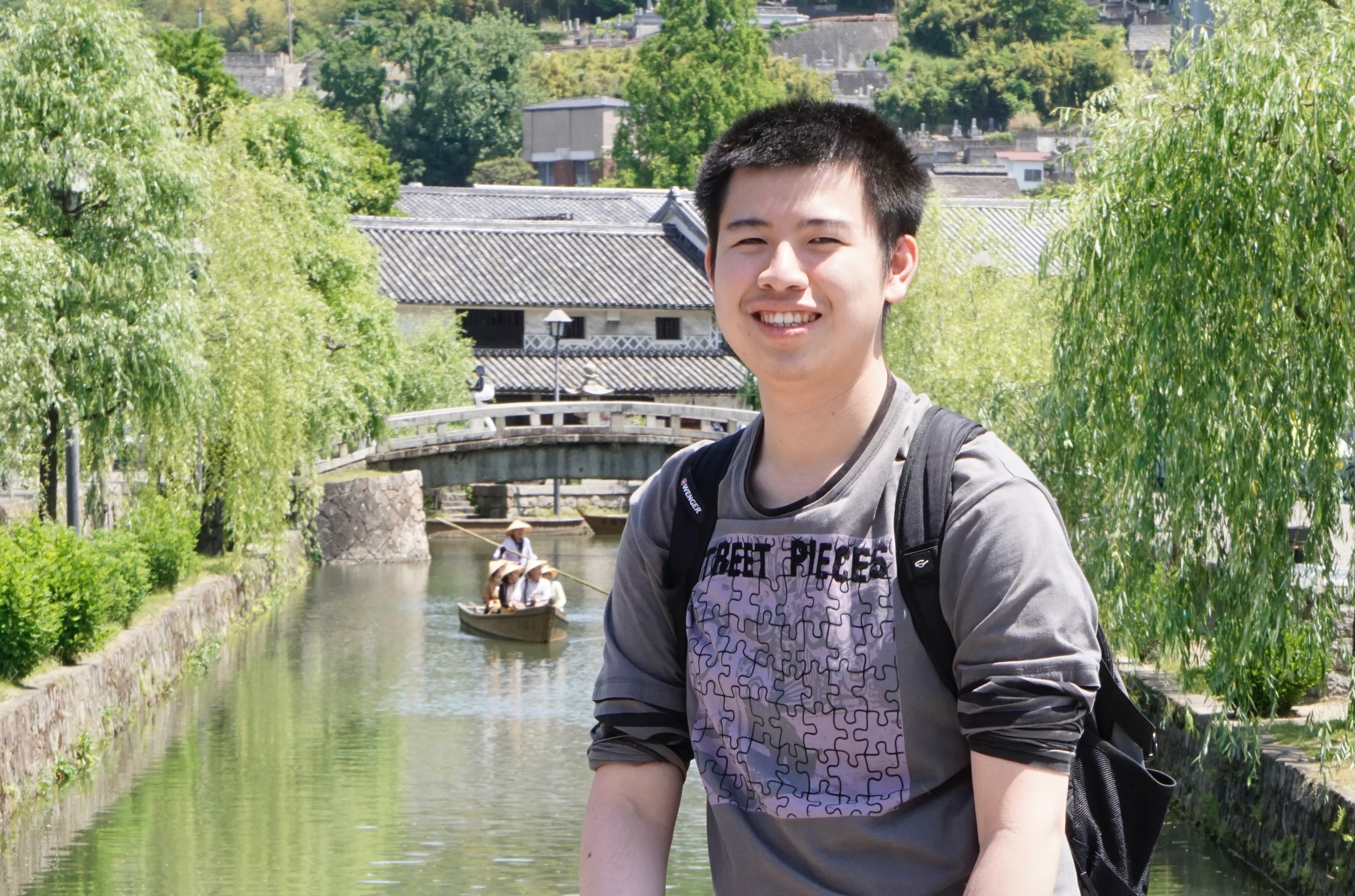 Let’s start in the beginning, how did you get interested in science and decide to study pharmacy during your undergraduate? Was there actually any particular moment you can think of that was decisive for you?

Yes, we have to go back almost a decade, to 2011. There was a science fair in Singapore I took part in with the Institute of Materials Research and Engineering, where I was doing a research attachment in chemistry. This was a really fun experience, and although we didn’t win anything, it’s where my interest in research and science started. Following that, I did some more research attachments in 2015 and then went on to study pharmacy.

Could you talk a bit about what sorts of projects you were involved in during your undergraduate?

I was studying at the National University of Singapore where I did two research projects, both on tuberculosis. This is also when my interest in infectious diseases started and the reason I’ve written several preLights on the topic. Tuberculosis is still an intractable disease and in the latest project we were looking into liver injury induced by the anti-tuberculosis regimen and trying to find ways to mitigate it. I think I was very lucky with how the project turned out. It was also the first time I’ve uploaded a preprint to bioRxiv – I’m a big supporter of open science – and we managed to get our findings published in a small journal, which is really nice.

What do you see as the main benefits of preprinting your work?

The first one is posting our manuscript on a platform where people can immediately read it. I was also putting our work out there to see if the scientific community has any comments before we submit it to journals. I think one of the benefits of preprints and open science is that it can reduce wasteful reviewing – for example if a paper gets reviewed and rejected and is then re-submitted to another journal, there will be multiple people commenting potentially on the same things. By having a preprint out, the hope is that we can reach the whole scientific community and get some extended feedback.

You are one of the most active preLighters – you’ve written 37 posts until now – and you’re also involved in many of the community activities at preLights. Is it difficult to fit this in your time?

I’m in a pretty fortunate position as I just wrapped up my research at A*STAR where I spent a year in a lab between my undergraduate and graduate education, and so I managed to be quite active this year compared to 2018 or 2019. Moving forward and starting my PhD, I don’t know whether I’ll manage to devote as much time to preLights.

How do you choose and highlight preprints and why do you enjoy contributing to preLights?

I think I tend to write about certain preprints because either I feel the research is very important to highlight, or I just see something that I’m very interested in, like infectious diseases or antibiotic resistance. I also often highlight preprints dealing with pharmacokinetics, which looks at what the body does to a drug – for example what effect an enzyme has on a drug. I feel that in contrast to pharmacodynamics, which looks at the effect of a drug on the body, pharmacokinetics is a relatively underexplored field that biologists don’t often talk about.

Something that I’ve come to realise while selecting and highlighting preprints is the importance of a graphical abstract – especially as it appears in the tweet about the preLight. Creating a graphical abstract of the preprint is an opportunity for me to simplify complicated figures and convey the main message of the preprint in an easy-to-understand way, and with it I can hopefully entice people to read my preLight.

To your second question, I would say that my passion for contributing to preLights derives not just from the science itself, but also from sharing with people. And the preLights community is a very supportive one! Many times, when I give feedback on people’s highlights it’s my way of giving back, since I’ve also received good suggestions for my posts from preLighters.

Was writing something that’s always come easy to you?

That’s a good question. When I was much younger, nobody – myself included – would have seen me as a writer. I only really started to like writing quite late, around 2011-2012 when I was preparing for the essay writing component of my A levels. What stuck with me is that the most important thing in writing is clarity, and it doesn’t matter so much if you have style. This is something I’ve always tried to live up to afterwards, to achieve clarity first. That’s also how I write my preLight posts; once there is clarity in the writing I try to insert something in the text to make it more light-hearted and improve the style. But at the end of the day, we need to remember who our audience is and make the main message clear to them.

Let’s move on to your journey of finding a PhD position. Last time we met was in February at a pub in Cambridge, which was just before the world turned upside down, you were interviewing in the UK and travelling on to the US. Was it difficult to choose a lab for your PhD?

Oh, absolutely, it was a very difficult decision! I visited a couple of places for interviews – I went to Oxford and Cambridge in the UK, and I was lucky to visit Harvard and the Scripps Institute in the US. I was also supposed to visit Berkeley, but unfortunately because of the COVID situation they couldn’t host me. I finally decided for Cambridge after talking to a lot of people in Singapore. This was on the one hand based on my research interest and also based on what fits A*STAR’s research interest, since I will be coming back to Singapore after my PhD. But the COVID situation and where I would feel most comfortable in these circumstances were also very important factors. We can’t really move away from COVID right now and I think it affects all of our life decisions. If we were in different times I could have chosen differently.

Finally, is there anything some people might be surprised to find out about you?

It’s funny, but actually most people are surprised when I tell them that I write for preLights! I also read a lot of fantasy, amongst other things, which is perhaps not what people might expect from someone who writes a lot about science, although I don’t find this too contrasting.