Soni Mohapatra is a postdoctoral fellow in the Ha lab at Johns Hopkins University, having previously received her PhD from University of Wisconsin Madison. She has been an active contributor to preLights since joining during our 2021 call for preLighters. We spoke to Soni about her research, preprinting and why she joined preLights. 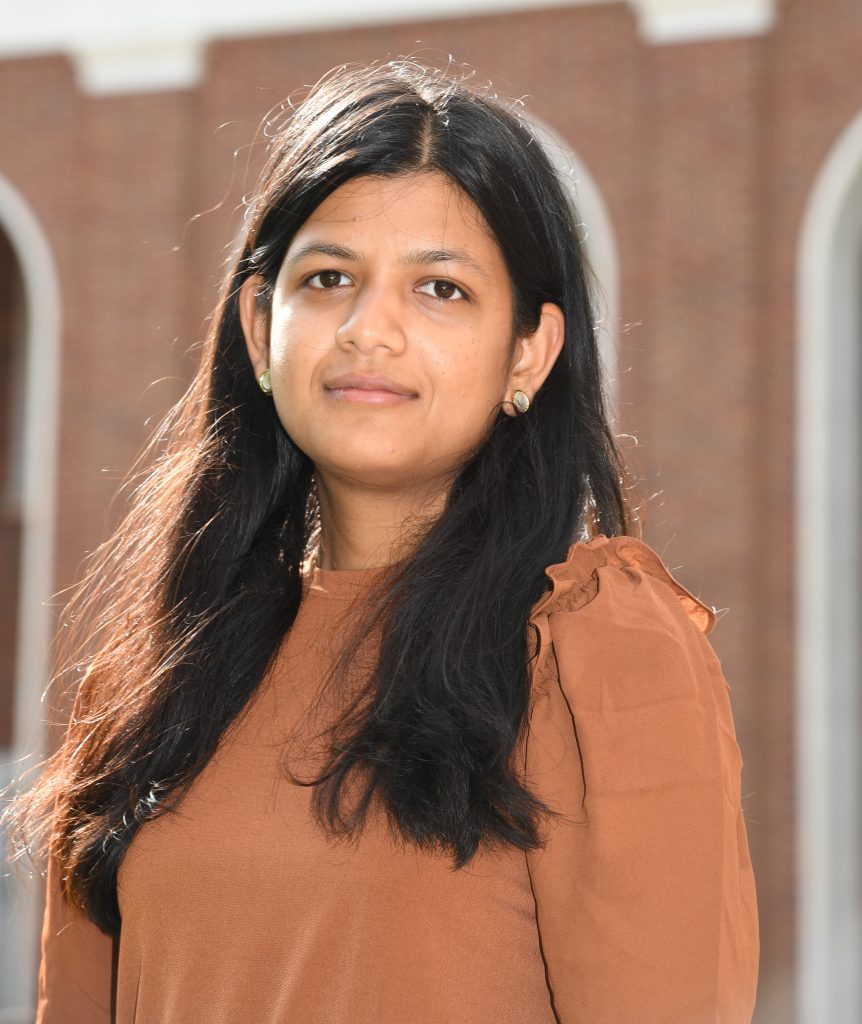 What sparked your initial interest in science?

I was fortunate enough to go to a school that had access to a lab that allowed us to do hands-on experiments. We could set up a circuit to watch a bulb light up, or see changing colours in the chemistry lab, and I found that to be fascinating and made me want to continue in science. I grew up reading a lot of detective novels, like Sherlock Holmes and Nancy Drew, and I think that working in a lab is quite similar to that: you have a hypothesis, and you’re trying to prove if that’s right or wrong. That’s what I find interesting about science.

What did you work on during your PhD?

I did my undergraduate degree, majoring in Chemistry, in India, and then moved to Wisconsin for my PhD. What stood out to me in the US was how so many chemists are looking at biological problems. My PhD supervisor had started out as a spectroscopist, then looking at the diffusion of gas molecules, before moving into study protein diffusion in cells. While I came from a physical chemistry background, I found that really interesting.

During my PhD, I labelled ribosomes and other ribosome and DNA binding proteins with fluorescence proteins and watched them diffuse in the cell using super-resolution fluorescence microscopy. By tracking the molecules, I could extract their diffusion coefficients and developed models to deduce the binding kinetics of these proteins. I focused on bacteria – prokaryotes which we traditionally believe to lack any boundaries in the cell. But interestingly there is spatial organisation in the bacterial cell in terms of how ribosomes and DNA are organised. I studied this spatial organisation as a function of growth condition, and how different growth and nutrient conditions impact ribosome and DNA organisation.

Is this something you’ve continued into your postdoc?

I have changed my research focus quite a lot since my PhD. I still work with E.coli but I don’t do as much imaging anymore – instead I’m working on optobiochemistry and I really enjoy that. I do a lot of synthetic biology using high throughput protein library synthesis, and then designing screening experiments to identify which of these proteins can be controlled with light.

You moved to the US for your PhD – could you tell us about your time in grad school?

In terms of making the move to the US from India, that was made easier by joining my program with a cohort of other students. If I’d moved straight into a postdoc in the US I think that would have been harder. But because I was in a group of classmates we’d all attend similar classes, teach together and hang out – all of your friend are going through similar things and on a comparable trajectory. I think it’s easier to make connections with other people during grad school, and I really enjoyed the comradery of that experience.

My PhD lab was also very diverse in terms of expertise. We had physical chemists, physicists, more traditional biologists, and that meant everyone had a different perspective on the same problem, which I found really interesting. Prior to my PhD I didn’t have much experience in talking to people from other fields, but what I’ve come to really enjoy about science is how different people interpret data or a problem differently depending on their training.

In terms of what I found challenging, I dislike the uncertainty that comes with doing science, but I think that’s just how research works: I wasn’t prepared for it when I started grad school, but I’m more used to it now!

How did you learn about preLights and what made you want to join?

I think I came across the preLights Twitter, and I clicked through to the website and saw that it was a great way of summarising a preprint in quite a succinct format. At that point I was looking for opportunities to contribute more to science communication, to improve my writing skills, and also to hold myself accountable to read more preprints. I thought joining preLights would be a great way of achieving all of those things, so when I saw an official call for new preLighters, I decided to apply. Since then I’ve tried to write one preLights post a month, which I managed up until December, and that helped me plan and manage my time better, too.

Has being part of preLights been a good experience for you?

Definitely. I attended some of the preLights collaborative writing events last year, and they helped me learn a lot and talk and write about preprints I wouldn’t have otherwise picked myself. It was also a great way to connect to more people from different backgrounds.

And to finish: what do you hope to focus on in the future?

I think that’s sort of an open question right now. I definitely want to continue in research, but I’m not sure if that’s in academia or industry. I would like to be able to think about and design experiments and lead a team, but it doesn’t matter to me as to what setting that’s in.