To translate or not to translate? How specialised mRNA translation presets cardiac fate choice 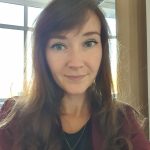 During embryonic development an organism arises from a single totipotent cell as a result of precise and coordinated cell fate decisions. Selective translational control is required to control the proteins within certain cell types that will determine their fates, however it is currently unknown how exactly the developmental transcriptome is regulated in cells to induce certain cell fates. Translational control during embryonic cell fate decisions has been strongly implicated in this regulation, as mRNA abundance does not reflect protein abundance, and regulation at the translational level allows spatio-temporal translation of fate-regulatory proteins. Additionally, translation is an energy demanding process. This means that translational control would ensure efficient translation of necessary proteins to determine a specific cell fate during early embryogenesis when energy is already a limiting factor. A previous study in mouse embryonic stem cells (mESCs) suggested a role for ribosome associated proteins (RAPs) in controlling selective translation, but similar roles for RAPs are yet to be investigated in humans.

For human embryonic stem cells (hESCs) to make cell fate decisions, the balance of lineage determining proteins is crucial. This is especially important in the case of cardiac mesoderm differentiation, where exposure to WNT-BMP-NODAL signalling determines the ability of hESCs to commit to future cardiac lineages. The preprint from Bartsch and colleagues shows that cardiac commitment is predetermined in hESCs during pluripotency by a specialised mRNA translation circuit controlled by the RNA binding protein Ribosome Binding Protein with Multiple Splicing (RBPMS), which selectively primes the translation of regulatory components required to initiate cardiac cell fate determination. This study suggests that RBPMS is a translation specialisation factor; translational specialisation acts as a regulatory mechanism that primes ribosomes to spatially and temporally control translation of a set of mRNAs in response to specific stimuli to trigger cell fate decisions.

As part of this study, the researchers show that loss of RBPMS in hESCs severely inhibited mesoderm commitment without affecting endoderm or ectoderm differentiation. Loss of RBPMS prevented hESCs from activating TBX-T, a master regulator of mesoderm commitment, and MESP1, a key early cardiac mesoderm marker. Additionally, RBPMS-KO cells failed to properly activate genes required to ensure cardiac identity. Similarly, human cardiac organoid models made from RBPMS-KO hESCs – compared to models made from wild-type hESCs – were found to be consistently smaller. They also lacked a lumen and the chambers disintegrated before reaching cardiac specification stages. Following whole transcriptome analysis of RBPMS-KO hESCs, it was found that these cells were unable to activate signalling networks required for cardiac cell fate commitment or heart morphogenesis. This indicates that RBPMS is essential in hESCs to activate the gene regulatory network specifying cardiac mesoderm.

In this preprint, the researchers propose that RBPMS activates translation in hESCs by two mechanisms. Firstly, RBPMS interacts with components of translation initiation complexes, and loss of RBPMS leads to global inhibition of translation. Secondly, RBPMS regulates translation by binding to target 3’ UTRs via its specific RNA binding motif. The insertion of RBPMS recognition elements in the 3’ UTR was shown to be sufficient to boost translation.

RNA binding proteins can affect multiple aspects of RNA processing such as mRNA splicing, localisation, and translation in a cell-type dependent manner. However, this study shows that in hESCs RBPMS is a ribosome associated protein which controls mRNA translation without directly influencing mRNA splicing or mRNA abundance.

I like this preprint because it focuses on how individual cells control their own fate by regulating protein translation in a cell specific manner, and controlling gene expression at a cellular level is an area I am very interested in understanding further for my own work. It also explains why so many cells have an abundance of mRNA, but not necessarily protein, and shows how clever cells are when it comes to conserving energy levels by only translating the proteins they need to become a specific cell type. This study also utilises organoid models of the human heart derived from hESCs; a technique I find very interesting, since as part of my PhD I’m trying to model how congenital heart defects arise in human patients with specific genetic mutations. This paper is of interest to the wider scientific community as it highlights how ribosomes are not just required for protein synthesis but carry out other important roles such as regulating protein synthesis to trigger cell fate decisions.

We create the cardiac organoids by exposing hESCs to the cardiac specification signals WNT and BMP for a period of 24-36 hours to encourage them towards a cardiac mesoderm identity, and then we block WNT signalling for 4 days afterwards until the organoids become spherical beating structures, at which point they are mature cardiac cells. It is also possible to encourage cardiac organoids to adopt atrial and ventricular characteristics by exposing them to chamber specific signalling molecules, however this is not something that we do in this paper.

We have tried to do this in both zebrafish and in mice. There are many homologues of rbpms in zebrafish, and if all homologues are mutated this results in embryonic lethality and the embryos do not hatch. Mutating individual rbpms homologues in zebrafish results in small embryos which suffer from cardiac defects, primarily in cardiomyocyte numbers and aberrant morphogenesis (unpublished data). In mice, Rbpms mutations are lethal in homozygosity, and heterozygous mutations result in cardiac arrythmias. Rbpms knock-out was reported very recently to affect ploidy in cardiomyocytes by affecting pre-mRNA splicing while the direct mRNA targets and mechanism remain unclear. Interestingly, in both mice and zebrafish the hearts do form, unlike the cardiac organoid model where RBPMS mutations in hESCs prevent hearts from forming at all. We would like to point out that during cardiac mesoderm commitment of hESCs, RBPMS does not regulate pre-mRNA splicing which we show in detail in our manuscript. Therefore, we think there might be redundancy of the Rbpms gene or compensation to adapt to a loss of Rbpms in vivo. Alternatively, the role of RBPMS may very well be human specific, considering the difference in morphogen signalling dosage and timing required for human cardiogenesis is different from that of mouse, especially in the context of WNT signalling1 2. It will be exciting to test whether RBPMS has a role in cardiomyocytes that is independent of its function as a translation specialization factor promoting cardiac fate commitment.

This field is still relatively new and understudied, so we are not completely sure whether RBPMS equivalents exist for either the endoderm or ectoderm lineages. It is known that there is a RNA binding protein called CSDE1 which is expressed in hESCs and post-transcriptionally regulates hESCs to maintain their undifferentiated state, and loss of CSDE1 results in neural cell differentiation3.