Elaborate pupils in skates may help camouflage the eye 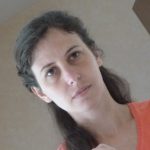 The pupil of vertebrates regulates the amount of light that reaches the photoreceptor cell layer in the retina, and its ability to react to the luminosity of the environment is critical for controlling the light sensitivity of the eye. From this point of view, several studies have investigated and modelled the optical consequences of different pupil shapes and orientations, such as round vs. slit, and horizontal vs. vertical. However, some animals have particularly sophisticated pupil shapes, and this is the kind of thing that everyone notices and wonders about, but rarely gets to be empirically tested for function or adaptive value.

Such convoluted pupil shapes are quite common, and sometimes extreme, among elasmobranch fishes. A highly irregular pupil shape would make the eye less conspicuous by disguising the sharp edges caused by the contrast between the dark pupil and paler iris. So if animals bearing this type of pupil could dilate or constrict it in response to the background and irrespective of light intensity, that would be a strong argument in favour of the pupil’s contribution to camouflage the eye against the background. This hypothesis has been around for a long time, and it was finally tackled in this work using the little skate Leucoraja erinacea.

The authors performed two experiments consisting in placing the animals in aquaria with different substrates and video recording the pupils of the skates to test whether they changed size in a way that mimicked the frequency/graininess of the substrate. Both experiments were performed under three different light intensities for which the pupillary response was already known.

The first experiment was done with a classical checkerboard pattern placed on the bottom of the aquarium, with spatial frequencies adjusted to the size of the eyes of the animals. Here, the authors found no significant pupillary response beyond the one that was expected in relation to light intensity.

This experimental design is quite unrealistic compared to the texture and chromaticity of the natural background in which these animals live, so a second experiment was performed. The bottom of the aquarium was covered with sand or gravel of different sizes from the natural habitat of the species, creating a more realistic situation in which the animals also had the opportunity to bury on the substrate as they usually do. This time there was a moderate response in which the pupil size was adjusted in relation to the graininess of the substrate, even though the size matching was only partial.

The first thing to like about this research work is how it is communicated. This is an old-style manuscript in the best possible way: the motivations and goals are perfectly clear, and the rationale behind most methodological and analytical choices -as well as the limitations to what could actually be achieved- are explicitly stated, making it easy to understand and follow. This is what readability & reproducibility look like!

On a related note, the experiments were carefully controlled, taking into account all the factors that could influence the outcome and yielding robust and reliable results.

Last but not least, the authors recognised the fact that the classical checkerboard strategy might be meaningless for the life habits of this species, and designed their second experiment in such a way that made sense for the animals. Finding an experimental design that is ecologically relevant is crucial for behavioural experiments to work and be really informative, and the authors nailed it.

It would be interesting to see whether the lack of pupillary response in the checkerboard experiment comes from the impossibility of the animals to bury or from the visual pattern of the background. Performing experiment 2 with black & white gravel would probably help with this.

To further explore the plasticity of the pupillary response as a camouflage strategy and its dependence on different types of sensory cues, some other versions of the experiment could be implemented, e.g. either white or black gravel. Would the animals constrict or dilate their pupils, respectively, to make the majority of their eyes surface look as similar as possible to the background?

Were any contrasts done after the ANOVA to find out which response is different regarding the gravel sizes?

Why was eye size used instead of pupil size (which determines the effective collecting area) for deciding check sizes in the checkerboard experiments?

Which is the luminosity range in the natural environment in which theses animals are active? Are the light intensities used in the experiments realistic beyond the existence of pupillary response?