How to build (and diversify) a new histone variant 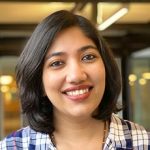 Some variants are conserved across eukaryotes. For example, H2A.X is an H2A variant present in most eukaryotes that is characterized by a C-terminal SQ motif; phosphorylation of the serine is crucial for DNA damage response (DDR) and repair. Other histone variants are lineage-specific. For example, plants evolved H2A.W variants that localize to heterochromatin and can antagonize DNA methylation at pericentromeric heterochromatin (Bourguet, Picard, Yelagandula et al., 2020). One of their defining features is a C-terminal KSPK motif, which is also phosphorylated. KSPK motifs are also found in heterochromatin-localizing macroH2A proteins, which independently evolved in animals. Studies of such lineage-specific histones provide unique opportunities to understand how their diversification has enabled functional specialization and even given rise to molecular convergence e.g., between plant H2A.W and animal macroH2A proteins.

Arabidopsis thaliana encodes three different H2A.W proteins: H2A.W.6, H2A.W.7 and H2A.W.12. Of these, H2A.W.7 is a ‘hybrid’ histone variant that recently evolved in flowering plants; in addition to KSPK, it encodes an SQ motif more typical of H2A.X variants. As a result, H2A.W.7 is necessary for DDR in A. thaliana heterochromatin whereas H2A.X carries out DDR in euchromatin. This raises a number of questions including why KSPK-only H2A.W variants are co-retained in plant genomes if it is possible to combine the KSPK and SQ motifs? In this preprint, Schmücker, Lei et al. focus on PTMs in H2A.W.6 and H2A.W.7 to understand how modification of KSPK and SQ motifs might affect each other. Their findings reveal rules that may drive and constrain histone variant innovation in general.

The authors put forth the hypothesis that the KSPK and SQ motifs might interfere with each other’s function given their proximity in the C-terminal tail of H2A.W.7. To test this hypothesis, they immunopurified nucleosomes from Arabidopsis and performed mass spectrometry analyses to detect PTM sites on H2A.W.7 and its closely related paralog H2A.W.6. They detected robust phosphorylation of the KSPK motif in H2A.W.6 during the G1 to S-phase transition by cyclin-dependent kinase, CDKA;1. CDKA;1 decrease resulted in decrease of H2A.W.6 phosphorylation in most tissues.

What features distinguish H2A.W.6 from its paralog H2A.W.7 that enable phosphorylation of the KSPK motif in the former but not the latter? First, the authors show that the sequences of the SQ motif and the KSPK motif do not interfere with the phosphorylation of each other. Second, replacing H2A.W.6 with H2A.W.7 did not enable phosphorylation of H2A.W.7’s KSPK, ruling out differential expression as an explanation. However, swapping the C-terminal tail of the H2A.W.7 with that of H2A.W.6 did result in phosphorylation of KSPK in the chimeric variant. This both rules out a discriminative role for the N-tail and the histone fold domain and implicates subtle sequence differences in cis-acting C-terminal tail sequences in differential KSPK phosphorylation. This is an important insight because it provides an evolutionary snapshot of how histone variants can still diversify in terms of function and PTM patterns even when they do not apparently differ in their retention of motif sequences that are modified.

What trans-acting factors suppress KSPK phosphorylation on H2A.W.7? To answer this question, the authors took advantage of the fact that histone sequences are nearly identical across eukaryotes, allowing heterologous experiments to be successfully carried out. For example, fission yeast Schizosaccharomyces pombe possesses a barebones H2A repertoire with two H2A.X genes and one copy of another conserved H2A variant, H2A.Z. To mimic plant H2A.W.7, study authors appended the C-terminal tails of H2A.W variants with the KSPK motif to the yeast H2A.X copies that already possess an SQ motif. Intriguingly, they found that both the SQ motif and the KSPK motif were phosphorylated in yeast, suggesting that phosphorylation of one did not hinder phosphorylation of the other at least in yeast cells. However, these yeast showed hyper-sensitivity to DNA damage despite SQ motif phosphorylation. This implied that SQ phosphorylation was not sufficient to mount a robust DDR in the presence of KSPK phosphorylation. To identify the inhibitory mechanism of KSPK phosphorylation, the authors performed a screen to isolate genes that interact with H2A.W upon DNA damage. They found that the phosphorylated KSPK motif hinders phosphorylated-SQ motif-dependent recruitment of Mdb1, a BRCT1 domain protein, thereby impeding a DNA damage response.

What we liked about this preprint

Using biochemical and genetic studies in Arabidopsis and fission yeast, respectively, the authors identify cis- and trans-acting factors that ultimately distinguish functional specificity of H2A variants despite a very high similarity in sequences. Although the study of histone variants has focused on their ancient origins and functions, studies like this highlight how histone variants continue to diversify and expand the functional repertoire of chromatin regulation in eukaryotic genomes.

Such studies, including a previous one by this group (Lei et al., 2021), exemplify the power of a cross-organism approach. Despite differences in histone variant repertoires across eukaryotes (Talbert and Henikoff, 2010), these studies highlight the remarkable degree of functional, and even molecular, convergence of function achieved by different histone variants in different genomes (e.g., plant H2A.W and animal macroH2A variants). Rather than viewed as idiosyncratic evolutionary inventions, lineage-specific histone variants represent an unprecedented opportunity for functional dissection.

1. Given the role of Mdb1 during late mitosis in S. pombe, in addition to decreased DDR, do spH2A.WAt yeast display any cell cycle-specific defects?

We know that spH2A.WAt yeast shows normal cell morphology (Lei et al. 2021 Curr. Biol.). However, spH2A.WAt yeast shows slightly reduced growth rate compared to WT. It would be intriguing to explore whether this is a result of cell cycle-specific defects or secondary effect of histone variant. Profile of DNA content do show a major alteration of cell cycle progression but we have not done further detailed analyses

2. Does the phospho-mimetic KDPK mutant of H2A.W.7 affect Mdb1 ortholog recruitment in Arabidopsis? Do insertion mutations in H2A.W.7’s C-terminal tail between the SQ and KSPK motifs break the interference between their function?

According to our model in yeast, we would expect impaired recruitment of Arabidopsis Mdb1 ortholog in the plants carrying the phospho-mimetic KDPK mutant of H2A.W.7. DNA damage sensitivity of KDPK phospho mimetic Arabidopsis mutant would also argue for interference in recruitment of putative Mdb1. However, to date Mdb1 ortholog(s) have not been identified in Arabidopsis.

The presence of the SQ motif in H2A.W.7 is not responsible for the lack of KSPK phosphorylation. Looking at H2A.W.7 in different flowering plants, the length between the SQ motif and the KSPK motif seems to vary, suggesting that to a certain extent there is not a fixed distance between the motifs required to cause interference.

3. Why does H2A.W.7 encode a KSPK motif at all? Does deletion of this motif affect its heterochromatin localization and therefore affect DDR in heterochromatin?

If H2A.W deposition is prevented, this creates the need for another H2A histone to take its place in the nucleosome. In Arabidopsis, H2A.X gets incorporated into heterochromatin in the absence of H2A.W. We currently have reason to believe that this incorporation is due to the necessity to incorporate a H2A variant in the place previously occupied by H2A.W. If indeed the H2A.W variant prevents the deposition of H2A.X then removing the deposition machinery of H2A.W should result in the accumulation of H2A.X in heterochromatic regions which we did not observe so far (unpublished). In general the intricate network that regulates the localisation of H2A variants in Arabidopsis is currently under investigation. By removing one deposition pathway you may open a window of opportunity for other deposition pathways even to those that would in nature never come to act in this particular environment.

5. How is heterochromatin DDR mediated in (most) plants that lack H2A.W.7? If this is primarily mediated by H2A.X, how does H2A.X localization or phosphorylation differ in flowering plants that also encode H2A.W.7? Can H2A.W.7 introduction rescue loss of H2A.X function in plants that normally do not encode H2A.W.7?

In Arabidopsis, we find enrichment of H2A.W.7 in heterochromatic regions compared to H2A.X and both of these two variants are involved in the response to DNA damage (Lorkovic et al. 2017 Curr. Biol.). H2A.X is expected to be entirely responsible for this function in plants lacking H2A.W.7. It would be interesting to investigate if the acquisition of H2A.W.7 variants correlates with the formation of chromocenters in various plant species.

preLists in the synthetic biology category: