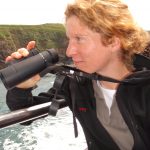 Giving talks on conferences is absolutely necessary for networking, obtaining jobs and creating visibility. Presenting research is one (important) way of communicating along with publishing and (to a lesser degree) teaching, grant applications and scientific outreach. Even if there’s a positive trend for inviting female speakers, recent studies still show a gender bias, especially at “post PhD career level”. This recent preprint not only focuses on the importance of presenting research at a conference, and thus the opportunity to show results to a broader community, but also emphases the effort to fit and match a talk into a restricted format and allocated time frame. The authors state that this may influence the career path of young scientists, and how this ability differs between genders which could be one additional factor explaining the demographic shift in male/female ratios at the postdoc and PI level.

Further, conference talk does not necessarily equal conference talk. Allocated talk slots often differ in timing in addition to distinguishing general oral presentations, which are usually selected in a competitive review process from abstracts, from invited plenary talks. The authors assess different steps and levels of this process with respect to gender ratio to identify “key players” that could introduce bias.

Interestingly, gender balance was most equal between male and female PhD students (46.2% of PhD student talks were given by female participants) compared to only 35.7% female postdoc or PI speakers. Female PhD students are also best at staying within their allocated time (74% on time). Notably, only 17.8% talks were given by postdocs, 35% of which were female speakers. The low number of postdoc talks surprised us and it would be desirable if a higher percentage of conference presentations were given by (female and male) postdocs to be able to present their research particularly during this crucial career stage on their way to scientific independence.

While the authors admit that it’s difficult to draw statistically significant conclusions from only 12 conferences, this preprint is definitely useful to increase awareness. Not only does the study highlight the remaining gender gaps with respect to the number of male vs. female speakers, but more specifically does it show that there is a huge difference in keeping their allocated time both across genders and career stages. By explicitly analyzing this aspect and highlighting the high mismatch between taken and allocated time, we hope that the results will raise consciousness on the importance of time keeping as one challenge that is part of being a professional scientist. It would be great if this study will result in increased motivation to follow rules about time keeping and preparing and timing lectures in advance.

While there are ~50% female PhD students in Life Science, this number decreases drastically on the postdoc and PI level. Thus, a better representation of female speakers at conferences is important to increase visibility for role models. It would be interesting to see how exceeding the allocated time is perceived among the audience, especially between male and female attendants. Other factors that would be noteworthy to study are the gender balance for key note lectures or differences between younger and more senior PIs. The study also suggests that the composition and style of time-keeping enforcement of session chairs plays an important role on actual performance.

Increasing inclusion on life science conferences does not only include female attendance, also researchers of color or scientists with disabilities (just to mention two examples), should be given equal chances to present their research which has to be taken into account already when organizing conferences and the necessary (for instance financial) support. Interestingly, the authors tried to recruit people to take measurements at conferences but the interest was rather little. This study, however, is a good starting point to increase awareness of a sensitive topic and hopefully organizers and chairs will pay even more attention to gender bias. Consequently, a successful conference presentation should not exclusively be measured and evaluated by its content but also by matching the provided framework/timeslot/program.

The authors give some great examples of initiatives fighting gender bias at conferences, such as BiasWatchNeuro (https://biaswatchneuro.com), Academia Net (http://www.academia-net.org) and Anne’s List (https://anneslist.net). We would like to add Request a Women Scientist (https://500womenscientists.org/request-a-scientist) and eseb (http://eseb.org/prizes-funding/equal-opportunities-initiative) as additional resources. In addition, we would like to encourage the readers of this preprint to add more sources in the comment field or on twitter and we’ll update this collection.