Increasing temperature will favor bacteria with slower growth rates, possibly leading them to take over their faster-growing competitors 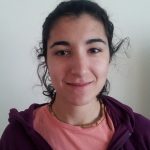 Microbial communities are composed of multiple microbial species that interact with one another and with their common habitat. Such interactions determine the composition, diversity and function of the microbial ecosystem. Environmental perturbations, such as a change in the chemical composition, pH, temperature, or nutrient availability can drastically alter a microbial community. In a complex, multi-species ecosystem, a seemingly simple perturbation may have potentially surprising outcomes. Therefore, predictions on how a change in the environment affects the community composition, diversity and interactions is an exciting area of research.

Recently, researchers from the same lab that published this preprint presented a theoretical model that can predict the outcomes of community composition, in response to changes in the mortality rate (Abreu et al., 2019). The authors show that in a community, slow-growing species are predicted to perform better when mortality is low; and fast-growing species will dominate (become the only remaining species) when mortality is high (Abreu et al., 2019). At intermediate mortality rates, it is possible to have either coexistence of two or more species, or a bistable regime (where either species may dominate).

In this preprint, Lax et al. investigate the influence of temperature. Many microbial communities are subject to changes in temperature through seasonal fluctuations and global warming. However, most microbial studies are conducted at a single, fixed temperature, leaving the effect of such an important factor on community composition and function unexplored. Lax et al. addressed this gap by modeling and experimentally validating community outcomes at different temperatures.

The authors then develop a theoretical model, based on their previous work, that can reconcile this counter-intuitive finding. They use a modified version of the competitive Lotka-Volterra model that captures interspecies interactions. In a multi-species community, the growth of a given species depends on several factors:

How does temperature affect these parameters? The authors use the Ratkowsky model, where, the square root of the growth rate increases linearly with increasing temperature. Lax et al. show that this is indeed the case for 13 species spanning a range of growth rates.

Abiotic factors such as temperature play a very important role in community structure and dynamics. Changes in temperature can result in the microbes’ production of secondary metabolites, or changing the susceptibility of a microbe to other stressful factors (such as altered pH or antimicrobials). While there is a lot of unexplored nuance in how temperature affects a complex community, the remarkable conclusion of this preprint is that it is possible to accurately predict the community outcomes without prior knowledge of these nuances.

This study, and the preceding work from the Gore lab (Abreu et al., 2019), are great examples of how mathematical modeling can help explain biological phenomena, and how seemingly perplexing observations can inform more accurate models. Starting from a relatively simple competitive model, the authors have made empirical observations that the initial model could not predict. Through the incorporation of the community-wide death rate (prior to this preprint), and the effect of temperature on growth rate (this work), they develop an accurate model that applies to communities composed of very different microbial species. The results on the 3-species community also suggests that complex, real-world microbial communities can be modeled. In addition to understanding the dynamics of existing natural communities, this work may also lead to the informed design of synthetic microbial communities for decontamination and bioremediation efforts.