How ‘humanised’ slides used during lectures could take away some of our deep-rooted assumptions and help to celebrate diversity within STEM. 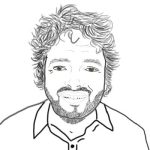 Despite a growing awareness of the issue, recent data from the UK is a painful reminder of the lack of diversity within Science, Technology, Engineering and Mathematics (STEM): 65% of the UK STEM workforce is (still) made up of white men [1]. It is an issue that is partly rooted in the way that STEM subjects are taught at schools and universities. The ‘Draw a Scientist’ test, used across the world, reveals a masculine bias at a very young age already which is further consolidated throughout formal STEM education (Figure 1) [2, 3]. A lack of representation or scientific role models, means that minority groups will feel left out and leave the scientific community more quickly [4]. In the UK, this can already be seen by just looking at the decrease in diversity between undergraduate and postgraduate STEM students [5]. 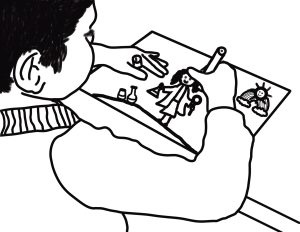 Figure 1. Increasing the representation of women and ethnic minority groups in STEM may lead to the decrease of biases that are often already apparent at a very young age.

Increasing the representation of minority groups in STEM education may be a powerful tool to retain diversity within the scientific community. To achieve this, multiple strategies may be used some of which may be harder to implement than others. For example, teaching staff could be asked to include explicit examples of diversity within their lectures. Though some useful resources exist that could make this more feasible, it will require quite some time and effort to implement this strategy effectively [6]. The authors of this preprint, a team of researchers who work at the University of Hull, therefore look at a simpler alternative: highlighting diversity more clearly within the scope of the current curriculum by including the full names and photographs of scientists involved in the work that is being covered (Figure 2). Of note, this does require instructors to carefully choose the studies and researchers they include in their teaching materials (in order to celebrate diversity), but it will still be relatively easy to implement. This preprint looks at what impact this ‘humanised’ representation of scientists within the existing STEM curriculum has on university students.

161 STEM students from a civic university in the United Kingdom took part in this study. They were all enrolled in either undergraduate or taught masters courses. In the survey that these students were asked to complete, the team of researchers from the University of Hull first looked at implicit biases that could arise from conventional academic references used in teaching materials.

They presented the students with a hypothetical Harvard Style reference (their example: Lee, M. (2019) ‘Globally interesting Biology’. Biology Journal: 45 p. 12-25.) and asked them questions about the possible identity of the scientist. More than half of the students assumed the scientist was a man (59%) from a Westernised country (54%). Also, more than a quarter of the participants assumed that the scientist was ‘white’ (26%). It should be noted that students with a Black, Asian and Mixed Ethnicity (BAME) background, making up 10% of the participants, did not make this assumption concerning ethnicity and mostly gave reverse-bias responses for location (assuming the scientist was from a non-Westernised country). The team of researchers concluded from these results that most students make implicit assumptions about the identity of scientists when they and their work are referenced using a conventional method (here: Harvard Style). The type of assumptions they make seems to depend on the background of the student.

Implementing ‘humanised’ teaching slides is considered good practice, with some students reporting a positive change in their perception of diversity within science.

The part of the survey that assessed implicit assumptions was completed before the students attended a STEM lecture in which the teaching slides contained the full names and photographs of the scientists involved in the presented work (Figure 2). In the remaining part of the survey, which was only accessible after the lecture, the students were asked about the impact of this practice. Although most students did perceive the ‘humanised’ teaching slides as good practice, they were not all convinced this changed their perception of diversity within science. Still, over a fifth of the participants did report a positive change, which means these ‘humanised’ slides have the potential to make a real impact.

Figure 2. The ‘humanised’ slide design in which the full names and photographs of all involved scientists are included. Image was taken directly from the preprint discussed here [7].

Interestingly, this study – despite its small sample size – showed a clear gender split. The responses from male students were often more negative (or ambivalent) compared to those of female and non-binary participants. Also, male participants would often mention credit and reward as the reason why humanised slides are good practice, rather than humanising the scientists or awareness of diversity which were reasons mostly expressed by female and non-binary participants. Clearly, the results of this type of study are dependent on the demographics of the participants. It would therefore be helpful to expand this study, also to make sure that more BAME students and different STEM fields are included.

Improving equality, inclusion and diversity within the scientific community is a mission that’s shared by many, but it’s often hard to see how we’ll be able to achieve these goals. This study caught my attention because it looks at an approach which is down-to-earth and (relatively) easy to implement. Furthermore, it aims to change the way science and scientists are represented within our educational system – an approach that has the potential to have a real, lasting, positive impact on future generations. I also really liked something that the authors mention towards the end of their preprint: including full names and photographs of the scientists that feature in the curriculum does not only benefit the students, but also the instructors who will be challenged to re-think their lectures and the science (and scientists) that they decide to cover within it. It’s often these small things, that could make a real difference.