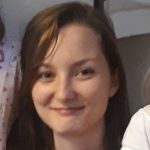 1. Background to the preprint

The intestine serves as an important barrier tissue that must balance between nutrient absorption and microbial colonization, while protecting against pathogens. Perhaps not surprisingly, the intestine harbors the largest number of immune cells of any tissue in our body. Consequently, efficient and well-controlled immune mechanisms need to be at play during homeostasis to maintain tolerance, while minimizing long-term consequences of and enabling tissue repair following inflammation. Regulatory T cells (Tregs), a specialized subset of T cells, are a central player in a network of stromal niche cells inhabiting the intestine. They generally act to suppress immune responses, thereby ensuring homeostasis and tissue integrity. In the case of life-long Helicobacter hepaticus (Hh) infection of the mouse caecum for instance, Tregs are pivotal for immune homeostasis and upon loss of Treg function Hh infection triggers murine colitis. While initial Treg induction has been shown to occur in the tissue-draining mesenteric lymph nodes, knowledge about the subsequent steps in Treg adaptation, function and maintenance is still lacking – thus prompting a robust spatiotemporal characterization of Treg development as was done in this preprint by Gu, Bartolomé-Casado and colleagues.

2. Key findings of the preprint

Within the framework of this preprint, the authors combined state-of-the-art mouse genetic models, two-photon in vivo imaging of antigen-specific Tregs in intestinal tissue and NICHE-sequencing to generate a spatiotemporal atlas characterizing Treg induction, adaptation and maintenance in the context of Hh colonization. Key findings of this preprint include the following:

What I appreciate about this preprint is that the authors have taken the spatial tissue context into account when characterizing the step-by-step development of Hh-specific effector Tregs upon adoptive transfer into an Hh-colonized host. In general, classical immunological approaches, such as flow cytometric analysis, do not account for the relative position of immune cells within the tissue. However, a complete understanding of where immune cells become activated and which of their surrounding niche cells might dictate their function, becomes more and more relevant, particularly in the context of infections and inflammatory disorders. In line with that, the field of tissue immunology is on the rise, looking at interactions between immune cells and other tissue-resident cells and focusing on the areas which oftentimes represent the central seat of disease. Naturally, studies like this preprint will highlight new therapeutic targets by identifying new, tissue-specific immune effector subsets and their unique molecular crosstalk with cells within their microniche.

4. Future directions and questions for the authors

In this preprint, the authors generated quite a comprehensive spatiotemporal transcriptional atlas of multiple lymphoid and non-lymphoid tissue compartments, including cells of non-leukocyte identity such as mesenchymal and epithelial cells. A suggested future direction following this work could be a more in-depth receptor:ligand analysis between Tregs (or additional immune cells) and other cellular interaction partners aside from the myeloid compartment. Epithelial cells emerge as an interesting candidate, since they are closest to the majority of microbial inhabitants in the gut and only separated from them by layer(s) of mucus.

Coming from a stem cell-centric background, I could not help but ask myself the following questions: