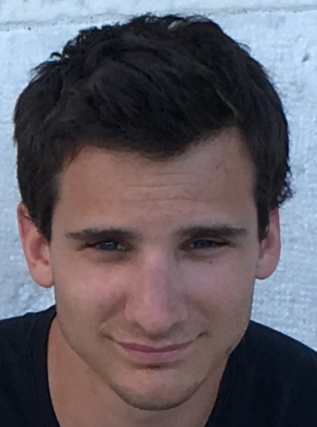 Clostridium difficile is an anaerobic, spore-forming, Gram-positive bacterium responsible for 225,000 yearly infections in the USA alone. It is often nosocomial, causing symptoms such as watery diarrhea and severe dehydration. The toxigenic specimens’ main virulence factors are two GTPase-inhibitor toxins that perturb cells cytoskeleton, which disrupts the tight junctions and can kill cells.

C. difficile infection diagnostics relies on a nucleic acid amplification test (NAAT) alone or in combination with a toxin detection test (Tox), both with their limitations. NAAT is highly sensitive but cannot always differentiate pathogenic from commensal strains. Toxin detection is reliable when the C. difficile strain produces high quantities of toxins but is often not sensitive enough to detect low toxin producing infectious specimens, and risk falsely ruling out C. difficile as the cause of the infection.

This preprint focuses on discrepant specimens, positive for NAAT but negative for toxin detection (NAAT+/Tox-). The risk of discrepant results is to falsely discard the possibility of a C. difficile infection, which could lead to inappropriate treatment.

In this preprint, Anwar et al. study the biology and infection capacity of low-toxin producing specimens (LT) of Clostridium difficile, defined by the authors as producing 10-fold less toxin compared to an outbreak-associated strain. High variations in toxin production between strains contribute to a high rate of discrepant results. For instance, in the hospital samples tested for this study, more than 30% of the specimens were discrepant. Here, Anwar et al. investigated how a LT strain could lead to infections as severe as high toxin producing strains (HT) and go on to highlight that discrepant results are not sufficient to discard the possibility of a C. difficile infection. These results underscore the difficulty of establishing a reliable diagnostic standard.

A cytotoxic assay on Vero cells, controlling for toxin concentration, revealed no toxin potency difference between LT and HT strains. The antibiotic resistance profile was similar for low and high producing strains. Better toxins or a higher persistence when facing treatment did not compensate for low toxin production.

To determine how lower toxin production impacts in vivo infection in hosts that can fight the pathogen more efficiently, the researchers studied the dynamic of the infection in a non-lethal mice model. Bacteria were orally administered to mice and C. difficile count in mice stools used to measure persistence capacity. The HT peaked at 4 days post infection and then decreased until completely cleared by day 9. LT increased more slowly but remained high and persisted after 9 days post infection. This indicates a better colonization and persistence capacity for low toxin producers.

A proteome analysis showed that low- and high- toxin producing strains differed significantly in protein abundances, with no predictable pattern. The results were strain dependent but cell wall-associated proteins were a recurrent hit in ribotype-027 (a phylogenetic grouping based on ribosomal RNA gene sequence). An antigen profile detected by serum from infected mice specifically recognized cell-surface proteins unique to LT-027, confirming differences in membrane architecture.

Genomic analysis revealed genes that were unique to low-toxin strains. In LT-027, 10 of the 66 unique genes were predicted to encode cell surface-associated molecules. No unique toxin or antibiotic resistance genes were identified and the shared toxin genes and regulators were 100% conserved in all LT and HT strains of this ribotype.

Both the proteomic and genomic observations appear to be ribotype specific, as the other ribotypes tested did not have the same differences between LT and HT.

The study does a great job illustrating the complexity of C. difficile infections, as toxin production level cannot efficiently be used as the sole readout of pathogenicity. Large variations of toxin production between strains and heterogeneity in patient’s ability to fight an infection lead to difficulties in streamlining the diagnostic process. The authors concede that their paper does not contribute towards resolving the issue, but such studies shine a light on the problem. Improving the diagnostic workflow could end up saving lives and money. Discarding the possibility of a C. difficile infection after a Tox- result is not the way to go.