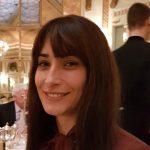 Drug development has a notoriously high failure rate, with less than 10% of candidate compounds entering Phase I clinical trials1. Understanding drug mechanism-of-action can provide information about specificity and potency, and off-target activity which may contribute to toxicity. It can also help identify biomarkers of activity and response, allowing the drug to be trialled in those patients who are most likely to derive benefit. This knowledge can increase the likelihood of a drug eventually achieving clinical success.

In vitro kinase assays are commonly used to assess the specificity and potency of protein kinase inhibitors, however, their in vitro nature means protein-drug interactions are not assessed in their native cellular context. Furthermore, a whole host of non-kinase proteins are present in cells, which are not profiled for off-target interactions in these assays. Other approaches to investigate drug mechanism-of-action include transcriptional profiling following drug treatment and kinobead assays. Despite the utility of these approaches, gaining a full picture of drug mechanism-of-action in cells remains challenging.

Pharmacological screens, in which the activities of hundreds of anti-cancer compounds are profiled on large panels of cancer cell lines, have been used to identify molecular features associated with drug sensitivity. More recently, the advent of CRISPR-based gene editing has allowed these cell lines to be screened genome-wide for gene loss-of-function effects on a genome-wide scale, to explore cancer vulnerabilities and identify new drug targets.

The authors began by using linear regression to systematically search for associations between drug sensitivity and gene fitness effects (a measure of cell line dependency on a specific gene), testing almost 8 million potential drug-gene associations! 865 significant drug-gene pairs were identified. One might expect that a cell line that is especially sensitive to an anti-cancer drug will also be particularly sensitive to knockout of the drug target. There were 358 drugs for which the known target was also knocked-out in the CRISPR screens. Of these, 26% were, in fact, significantly associated with their target, for example cell line response to the BCL2 inhibitor venetoclax was strongly correlated with the effect of BCL2 knockout.

To further investigate the remaining drugs, significant drug-gene pairs were superimposed onto a protein-protein interaction (PPI) network – perhaps these drugs are associated with genes in the same PPI network as their target? Indeed, a further 76 drugs had a significant association, not with their target, but with a protein closely related in the network. This still leaves 167 drugs (46.6%) with no significant gene association. There are many possible explanations for this, including the fact that the effects of gene knockouts can be intrinsically different to those of protein inhibition. Nevertheless, it may be worthwhile investigating these compounds for low potency, alternative molecular mechanisms, or polypharmacology.

Next, the strongest drug-gene associations were examined. Remarkably, this method was able to distinguish between isoform-selective PI3K inhibitors. For example, the PI3K-alpha selective inhibitor alpelisib was associated with PIK3CA, but no other PI3K isoform genes. Seven MCL1 inhibitors were among the strongest drug-gene pair associations. MCL1 represses the mitochondrial apoptotic pathway by regulating proteins which control mitochondrial fragmentation and cytochrome c release. Interestingly, these were all strongly associated with both MCL1 and with another gene, MARCH5, a key regulator of mitochondrial fission. Cell lines that are dependent on both MCL1 and MARCH5 are especially sensitive to MCL1 inhibition. This highlights a functional link between MARCH5 and MCL1 inhibitor sensitivity, which with further investigation, may help guide clinical development of MCL1 inhibitors in certain cancer types.

I am currently investigating response and resistance mechanisms to a new targeted therapy for cancer, so I am always interested in reading about novel ways to investigate this. Recently a huge amount of pharmacological and genome-wide CRISPR screen data has been made publicly available, providing an invaluable resource for the scientific community, and there is likely much more to come! I have been eager to see how these screens might start to be used to inform drug discovery.

Recently, the CRISPR-Cas9 gene-editing system has been adapted so that genes can be specifically activated (CRISPRa) or repressed (CRISPRi)7. Integration of future genome-wide CRISPRa or CRISPRi screens with this pharmacological data may help identify drug-gene associations for the 167 drugs for which no associations were found, particularly as CRISPRi may resemble incomplete target inhibition by a compound more closely than gene knockout.

A really exciting element of this work is the suggestion that in the future it may be possible to screen drug candidate compounds in this way to help prioritise those for further development. Perhaps something like this may even become a routine step in the drug discovery pipeline.

It’s great to know our manuscript was of interest to preLights and thank you very much for the very kind review.

1.Were any drug-gene associations found for drugs for which a target is currently unknown? Could this approach be used to help identify targets for those?

We believe this type of analysis can be useful to find putative mode-of-action for drugs with no current information. CRISPR knockouts of drug targets and functionally related proteins will likely strongly correlate with the compound’s response. Thus, this narrows down to well defined sets of proteins that can be further experimentally (e.g. kinobead) and computationally (e.g. drug pocket binding) validated. In the absence of significant associations, this would be less informative but could still suggest that the compound (if showing cellular activity) is likely mediating its response through engaging multiple targets. Additionally we also believe our approach could be useful for drugs in advanced development (e.g. hit or lead optimisation) to identify potential undesirable off-target activities, particularly for non-kinase off-target activities

The drugs used in this analysis are mostly well characterised targeted therapies, and therefore the direct targets have largely been reported before. Notably, we were able to identify the off-target activity of ibrutinib, which was designed to target and inhibit BTK but displays strong associations with EGFR and ERBB2 knockouts similarly to many other EGFR inhibitors. This is consistent with recent reports that ibrutinib covalently binds and inhibits EGFR family members.

2.Do you plan to further investigate/confirm the role of MARCH5 in MCL1 inhibitor response, and how might you go about this?

The MARCH5/MCL1 association is particularly interesting as it unlocks the possibility to study stratification of solid tumours (e.g. breast cancer) response to MCL1 inhibitors. It’s particularly remarkable that the set of breast cancer cell lines independently vulnerable to MARCH5 and MCL1 show responses of similar magnitude to haematological cell lines, for which these inhibitors have been proposed in the clinic. We are further assessing the potential relevance of this vulnerability within specific breast cancer subtypes and also across other solid tumours.