Are Martians microbes? A characterization of sediment and bacterial community compositions of the Atacama Desert, a Mars analogue environment on Earth. 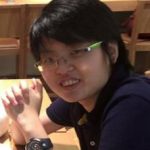 The presence of life on Mars remains a mystery. Data from missions to Mars suggest that resources required for life may have once been abundant on the planet, raising the possibility that Mars may have been conducive for microbial life. The characterization of sediment geochemistry and microbial ecology in Mars-like environments on Earth provides valuable insights for the development and testing of Mars exploration strategies, especially in the detection of biosignatures.

The Atacama Desert in Chile is widely regarded as a terrestrial habitat which most closely resembles the dry environment on Mars. It is the driest desert on Earth with rare and random rainfall events. In this study, to simulate Martian drilling operations and limitations, an autonomous rover was used to recover and analyse sediments in the hyper-arid core of the Atacama Desert. Terrains similar to those found on Mars were sampled – a gravel desert pavement and an evaporate-rich playa. Mineralogical analyses were performed using an on-board Raman spectrometer. Bacterial communities were analysed by next generation sequencing of environmental genomic DNA extracted from sediments.

As some minerals such as anhydrite are associated with drier conditions, the authors analysed the mineral compositions of the sediments to classify them into zones based on moisture content. Sediments were classified into distinct zones: (a) a surface zone which is the driest except immediately following rainfall; (b) a mid-depth zone where there is the highest water content and (c) a deep subsurface zone where water availability is lowest. Increased levels of sulfate-sulfur, cations and electrical conductivity of playa subsurface sediments suggested increasing osmotic stress.

Very little DNA was recovered from subsurface sediments despite widespread surface colonization by microorganisms. Hence, the presence of life in subsurface habitats was not associated with microbial colonization. Temperature variations also did not significantly influence microbial colonization. Sulfate-sulfur, depth and soluble salts were most strongly associated with subsurface sediments, from which low or no DNA was recovered. This suggests that osmotic stress and water limitation are the main factors which result in extinction of life.

Hence, extreme selective pressure may greatly reduce microbial community in the deepest subsurface habitats. The findings of the study showed that an autonomous rover drilling platform may be useful in the search for biosignatures and other indicators of life on Mars.

We have always wondered if life is unique to Earth. Microorganisms like bacteria have existed long before us and have colonized virtually every corner of the planet. Bacteria are major drivers of biogeochemical processes in ecosystems. However, many bacteria in the environment are “unculturable”, which poses a barrier to studying them. This study demonstrates the application of next generation sequencing approaches to characterize bacterial communities in one of the world’s most extreme habitats. From this study, the most important factors for the existence of life, water availability and low osmotic stress, were elucidated. This preprint also provides fascinating insights into the various mechanisms by which bacteria may survive extreme conditions like the Martian environment.