Development of a differential equation based model to study the altered neutrophil kinetics during sterile inflammation. 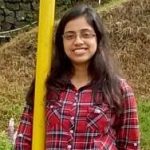 Neutrophils are usually the first responders to inflammation that is followed by the recruitment of other innate immune cells (Rosales, Demaurex, Lowell, & Uribe-Querol, 2016). Neutrophils have a very short half-life and are produced in the bone marrow (BM) by hematopoiesis from their progenitor cells (GMP). Three stages of development that are marked by the expression of distinct transcriptional signatures have been recognised for BM neutrophils. The stages comprise proliferative progenitor cells that give rise to non-proliferating immature neutrophils and finally mature neutrophils that are released into the circulation. These stages of neutrophils also differ in terms of their granular content, cell-surface marker expression, morphology, activity, and functions (Evrard et al., 2018).While the kinetics of neutrophil proliferation and maturation in the bone marrow and their release into the circulation have been studied under homeostatic conditions, little data are available on these parameters in the context of inflammation.

The authors have developed a differential equation-based model through biomaterial implantation studies to determine the kinetics of neutrophil proliferation, maturation, recruitment, and persistence at the site of inflammation.

1) Level of inflammation can be varied by implantation of different microspheres.

The authors have shown that implantation of biomaterials made of chitosan and ultrapure alginate microspheres leads to varied inflammatory responses. While chitosan microspheres are highly potent immunostimulants, alginate microspheres are less immune stimulatory. They performed EDU labeling experiments that involve the incorporation of EDU into the replicating DNA to track proliferating cells. Sorting of neutrophils based on the surface expression of distinct markers followed by measurement of EDU incorporation enabled the authors to determine the kinetics of proliferation, maturation, the release of neutrophils into the circulation, and their persistence at the site of inflammation. The kinetics of neutrophil was determined from a differential equation-based model. Their main conclusions include:

2) Neutrophil kinetics study reveals that proliferating neutrophil precursors appear earlier in BM and circulation in the chitosan-induced inflammatory model. The authors, with the help of the differential equation-based model, determined that during chitosan-induced inflammation, the maturation time of neutrophil in the BM is considerably lower than the alginate or the mock-treated animal. This indicated an early release of neutrophil into the circulation but reduced residence in the circulation. On the contrary, the time of residence of the neutrophils at the site of the inflammation was increased significantly when compared to their alginate or mock-treated counterparts. Taken together, the authors developed a mathematical model to determine the neutrophil kinetics in-vivo under sterile inflammatory conditions.

What intrigued me to choose this preprint?

The authors gave an estimate of the kinetics of neutrophil proliferation, maturation, and recruitment to the site of inflammation under varying inflammatory conditions. Thus, this model could be used to explain the neutrophil kinetics under pathological conditions and thus aid in therapeutic interventions.

2.) Can the study of neutrophil kinetics be used as a measure of risk assessment under varying degrees of inflammation?

We thank you once again for writing about our manuscript. The questions you pose are highly relevant to the work discussed in the manuscript. Please find our responses below.

Our primary motivation to create a mathematical model was to determine quantitative parameters that fit the data we collected. The model is agnostic to the data and so may be fitted to other datasets too. Hence, the mathematical model may be used to determine changes in neutrophil kinetics in a different niche, mouse model, or diseased condition. The hope is that this mathematical model is sufficient to fit any datasets. Still, if required, it would be possible to add or modify parameters in the mathematical model (based on our current understanding of the underlying biology) to incorporate niche-based changes and make predictions on neutrophil numbers. We hope to apply this model to understand neutrophil kinetics in a number of transgenic or knockout mouse models through future studies.

Can the study of neutrophil kinetics be used as a measure of risk assessment under varying degrees of inflammation?

The short answer to your question is, yes! Our long-term goal is to determine how neutrophil dynamics are altered in different diseases such as diabetes, arthritis, and cancer. Inflammation levels vary in each of these diseases, and understanding neutrophil kinetics may help us assess “risk,” as you suggest. However, it remains unclear if direct causation or even a correlation may be drawn between neutrophil kinetics and inflammation. Our data on utilizing two different biomaterials does suggest that neutrophil kinetics are altered under emergency granulopoiesis conditions with minimal changes under low-grade inflammatory conditions. We are unsure if this may be further refined to models where there are varying degrees of inflammation. However, we think that controlling neutrophil numbers and their activity could be used to modulate the degree of inflammation.”