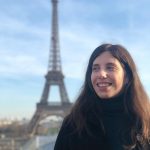 In most neurons, action potentials are initiated at the axonal initial segment (AIS), a neuronal subcompartment located within the proximal axon (Leterrier, 2018; Kole and Stuart, 2012). Several studies have shown that the AIS is plastic and can change in length and/or position to regulate neuronal excitability (Grubb and Burrone, 2010). In vivo, the AIS undergoes structural changes in response to an imbalanced input, either by excess or by defect. AIS remodeling can occur during development and in the adult brain in response to different stimulus (Kuba et al., 2010; Gutzmann et al., 2014; Jamann et al., 2020). This kind of plasticity is complex: the AIS will respond differently to the same input depending on the brain region and neuron type. Computational simulations have predicted the output associated to different AIS responses considering morphological parameters, like the size of the neuron or the arborization complexity, but few works have addressed these findings in the brain (Gulledge and Bravo, 2016).

Chand and colleagues showed in 2015 that dopaminergic inhibitory neurons from the olfactory bulb in culture display particular AIS changes under treatment with tetrodotoxin (a drug for blocking sodium channels): while previous studies reported an AIS lengthening in deprivation conditions (Kuba et al., 2010), the AIS of these neurons was shorter. The following work describes the same AIS structural plasticity and a modulation of the electrical activity occurring in these neurons in vivo after short nasal occlusion.

The study starts with the validation of a method for sensory deprivation based on a custom-made plug to occlude one of the mouse nostrils for 24h. The selected timing is short enough to potentially trigger adaptive responses without reaching a pathological context. By using non-plugged mice as controls, the study confirms that this method does not damage the olfactory epithelium (OE): the OE thickness and the number of OMP (marker for olfactory sensory neurons) and caspase-3 (marker for apoptotic cells) positive cells were not different between controls and plugged mice.

How do neurons in the olfactory bulb (OB) react to such sensory deprivation? The authors observed that, in dopaminergic (DA) inhibitory neurons, the fluorescence intensity of c-fos – a marker used to assess the level of neuronal activity – was decreased in the occluded animals when compared to their control counterparts. Previous work from the lab leading this study described two morphologically and functionally defined populations within OB DA neurons: axon/AIS-bearing cells and anaxonic neurons (Galliano et al., 2018). The staining of c-fos in both groups of cells was reduced in the sensory-deprived mice.

How are excitatory neurons responding to nasal occlusion? Both mitral/tufted cells (M/TCs) and external tufted cells (ETC) shown decreased levels of another activity marker, phospho-S6 ribosomal protein (pS6). At this level, both inhibitory and excitatory neurons are responding similarly. Knowing that the AIS displays activity-dependent structural plasticity, is nasal occlusion promoting such changes in neurons from the OB? No alteration in length and position was found in the AIS of M/TCs and ETCs (glutamatergic profile) and the intrinsic excitability of these cells in the sensory-deprived mice did not differ from the controls. Regarding inhibitory DA OB neurons, the authors found a decrease on the levels of tyrosine hydroxylase (TH, the enzyme for DA synthesis and marker of DA neurons) expression­, but not of TH positive cells, upon nasal occlusion. Of note, the expression of TH in bulbar neurons is regulated by activity (Baker et al., 1983). These findings were true for the two populations of DA OB neurons, namely AIS/axon bearing cells and anaxonic neurons. Remarkably, the results provide evidence for the fastest activity-dependent TH change observed in this cell class in vivo: TH changes have been shown by many studies but usually with long-term manipulations. Whole-cell patch clamp recordings in anaxonic neurons revealed no differences in excitability between occluded mice and the controls, showing that the TH decrease does not correlate with a change in electrical activity in these cells.

Interestingly, the authors observed something particular in the AIS of the inhibitory DA OB axon-bearing neurons: while no difference in distance from the soma was found for both groups of animals, the AIS from sensory-deprived mice was shorter in comparison to the controls (Fig. 1). Although the passive membrane properties were similar between the two groups, this structural AIS change was associated with alterations in the intrinsic excitability of neurons from occluded mice: the action potential threshold (the current needed for generating a spike) was higher and the firing frequency was decreased.

These results show that only 1 day of naris occlusion is enough to trigger AIS plasticity in axon-bearing DA OB neurons and an overall decrease of their intrinsic excitability. As mentioned previously, these neurons were found to react similarly in vitro: a decrease of activity, induced by exposure to tetrodotoxin for 24h, leads to a shortening of the AIS (Chand et al, 2015). The results of the present study confirm that this kind of plasticity occurs also in the brain.

In addition, this work shows that, from all the explored sets of cells, the brief sensory deprivation only promoted a change in these specific axon-bearing DA OB neurons. The also AIS-bearing M/TCs and ETCs, which are excitatory cells, show no AIS plasticity and no changes in electrical activity. The plasticity promoted via occlusion is, therefore, cell-type specific.

The field of AIS plasticity, especially in vivo, remains to be widely explored. Most of studies have shown activity-independent and dependent changes in AIS length and/or position in sensory systems: neurons from the nucleus magnocellularis (auditory), retinal ganglion cells (visual) and neurons from the somatosensory cortex (whisker-to-barrel system). This work is the first one showing this type of plasticity taking place in inhibitory neurons in vivo (and, particularly, within the olfactory bulb). The lab leading this study had shown previously that these specific OB DA inhibitory axon-bearing neurons displayed structural AIS plasticity in vitro. The present study confirms these findings in the brain and opens a path for further research on how this sensory deprivation can modulate brain networks within the OB and beyond. Apart from its scientific significance, this work is based on highly robust data that considers all the possible variability when analysing a system in vivo: for example, the co-embedding of control and occluded slices to assess intensity of staining.

1. Your findings are based on a brief sensory deprivation of 24h. You mention that this kind of short deprivations could be applied up to 5 days. Have you tried other timings until that maximum? Would you expect any change (e.g. a potential AIS structural change in glutamatergic neurons that is absent within 1 day of occlusion)?

Clarification: in ENT medicine, a bland cold is defined as a blocked nose for up to five days. In this study we stuck to just one day of sensory deprivation because it matched the period of activity manipulation we had previously used in our in vitro work with these cells, and because it was already long enough to see some interesting effects!  Longer manipulations could be potentially interesting to look at, and might lead to either of two main scenarios – either M/TCs lengthen their AISs while DA cells return theirs back to baseline length, or M/TCs do not change their AISs at all but maybe downregulate their excitability via AIS-independent mechanisms.  Or, seeing as this is biology, something completely different could happen!  To be tested…

2. You assessed neuronal activity by immunohistochemistry using the markers c-fos for inhibitory neurons and pS6 for glutamatergic cells. You found that, for both types of cells, the stainings were decreased in the occluded mice, which indicates a reduction in neuronal activity. Was this expected for both groups of neurons?

Generally yes, since the whole OB circuit lacks its main sensory-driven input from the blocked nose

3. M/TCs and ETCs, as well as dopaminergic anaxonic neurons, show a reduction in neuronal activity markers in occluded animals but no changes in excitability. How could this be explained?

Mechanistically, those cells seem to lack the cellular and molecular machinery (whatever that is…) that would translate a sustained drop in activity into alterations in intrinsic excitability.  Not all forms of activity-dependent plasticity are triggered by the same stimuli in different cells!  From a circuit function viewpoint, perhaps the plasticity occurring in axon-bearing DA neurons is somehow sufficient to produce adaptive changes in network processing – the powerful long-distance action of these cells might just make this a possibility.  It’s probably more likely, though, those other forms of plasticity (that we didn’t study here) can operate in these cell types to produce an integrated circuit-level response to sensory challenges.

4. Excitatory bulbar neurons experience AIS plastic changes in vitro, but their AIS remained unchanged in this experiment. What could be the reason?

Great question.  Option 1: those in vitro effects were produced by chronic depolarization (we never tested the effect of 24 h TTX on the AISs of cultured GABA-negative neurons, unfortunately), whereas our in vivo manipulation was one of sensory deprivation.  Perhaps excitatory bulbar neurons respond differently to different directions and/or strengths of ongoing activity manipulation.  Option 2 (not mutually exclusive): maybe the proximal axons of OB excitatory neurons have very different features in vivo compared to dissociated culture.  Specialised ECM components, myelination, or other factors might make it more difficult for excitatory bulbar AISs to change in intact circuits.

5. In both this work and in Chand et al, 2015; you show that these axon-bearing DA OB neurons follow an “inverted” AIS plasticity: while the initial studies in the field have reported an AIS lengthening in response to a lack of stimulus, these neurons react with a shorter AIS that decreases their excitability. Do you know if other studies have reported the same kind of pattern in inhibitory neurons of other brain regions?

No, we think this is the only one so far