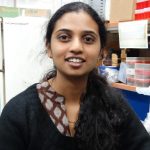 Background: Cystic fibrosis (CF) is a life-threatening genetic disease caused by mutations in the cftr gene, which codes for cystic fibrosis transmembrane conductance regulator (CFTR) protein [1]. The disease is characterized by thick mucus, leading to progressive chronic lung disease [2]. The airway of CF patients is usually colonized by various microorganisms, predominantly Staphylococcus aureus and Pseudomonas aeruginosa [3]. S. aureus and P. aeruginosa infections have been identified to occur in the same lobe of CF lungs [4], indicating their interaction in vivo. Studies have shown that early clinical isolates of P. aeruginosa out-compete S. aureus by secreting anti-staphylococcal compounds [5]. In contrast, late clinical isolates of P. aeruginosa co-exist with S. aureus and are less aggressive [5]. The interaction of P. aeruginosa and S. aureus in a co-existing environment is not very well-studied. In this preprint, the authors have used a transcriptomic approach, to study gene expression changes in S. aureus in the presence of non-competitive P. aeruginosa.

Experimental strategy: S. aureus and P. aeruginosa were collected from co-infected patients and the interaction between the two pathogens was examined by a competitive assay on trypticase soy agar (TSA) plates. Transcriptomic analysis was performed for competitive and co-existing S. aureus in monocultures as well as in co-culture with competitive and co-existing P. aeruginosa. Gene expression was considered dysregulated when it was dysregulated for both the pairs of strains.

The S. aureus transcriptome is differentially dysregulated by competitive and co-existing P. aeruginosa

While in a competitive state, the S. aureus transcriptome showed an increase in dehydrogenase enzymes, indicating a switch from aerobic respiration to lactic acid fermentation, and some of the dysregulated dehydrogenases were associated with the oxidative stress response. In addition, an increase in t-RNAs and ribosomal RNA was also observed, probably because of low translation efficiency. Collectively, these dysregulations were in correlation with the competitive effect of P. aeruginosa on S. aureus.

However, under coexisting condition, the S. aureus transcriptome showed downregulation of genes in the glycolysis and pentose phosphate pathways, as well as the de novo nucleotide synthesis pathway. On the other hand, an upregulation in alternative nucleotide synthesis pathways was observed. The authors hypothesize that S. aureus produces energy and nucleotides from sources besides glucose, probably due to nutritional competition between S. aureus and P. aeruginosa. Additionally, an increased expression of efflux pumps such as tet38, norA and norC were observed, which are implicated in antibiotic resistance.

Direct interaction of P. aeruginosa induces over-expression of nor genes in S. aureus, increasing its antibiotic resistance and internalization into epithelial cells

S. aureus, in the presence of P. aeruginosa, showed better survival to antibiotics such as tetracycline and ciprofloxacin. This could be attributed to the nor (norA, norC) and tet38 genes, which are associated with quinolone and tetracycline resistance, respectively. Tet38 has been known to be involved in pulmonary epithelial cell internalization [6]. The internalization of S. aureus into A549 cells in the presence of P. aeruginosa increased by 3-fold in comparison to S. aureus monoculture.

I am very grateful to Mate Palfy for his helpful comments on this highlight.

Thank you for choosing to highlight our study and for this excellent summary. The article has just been accepted for publication in Scientific reports.

This project is quite innovative because, as you mentioned, only few scientists have been interested in bacterial interactions between Staphylococcus aureus and Pseudomonas aeruginosa when both bacteria coexist. The dogma that Pseudomonas inhibits and kills staphylococcus is highly implanted. However, we have been able to show that in more than 50% of  co-infections cases, bacteria coexist  in Cystic Fibbrosis patients.

In this first study we could show that S. aureus benefited greatly from this cooperation with Pseudomonas.

I hope that we will soon be able to present our results of the impact of this coexistence on Pseudomonas.

We also have ideas to define how pseudomonas manages to modify the S. aureus transcriptome by direct interaction. It is under study.