The geometry of abstraction in hippocampus and prefrontal cortex

Neural representations of task-relevant variables are encoded in an abstract format that promotes generalization and cognitive flexibility. 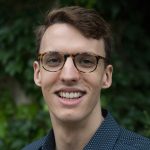 The ability to rapidly adapt to novel environments (e.g., starting a new job or navigating a city you have never visited before) requires the use of information about the underlying structure of past experiences that generalize to the current situation. In complex (i.e., high-dimensional) environments, it is not always clear which features are behaviorally relevant and which features can safely be ignored. This can make it challenging to associate the outcome of an action (e.g., reward or punishment) with a feature or set of features that predict that outcome owing to the many potential causal variables. This phenomenon is known as the curse of dimensionality and is related to the credit assignment problem (i.e., how to assign the value of an outcome to the feature(s) that caused that outcome). If, however, there are a small subset of variables that underlie superficially disparate tasks, then we can leverage that shared structure (e.g., a schema for, say, going to the airport) to reduce the dimensionality of the feature space, thus achieving generalization (i.e., we can develop a sufficiently general algorithm for commuting to the airport, getting through security, and boarding the plane that works in almost every country and context despite there being countless non-essential variables that differ within each individual trip). It remains an open question how the brain might represent task variables in such an abstract format.

Bernardi et al. trained two male rhesus monkeys in a reversal learning task. The monkeys were taught to hold down a button and view one of four visual cues (i.e., fractal images), with each cue being associated with an operant response (i.e., continue holding the button or release the button). For two of the four fractal images, the correct response resulted in liquid reward. For the other two fractal images, the correct response did not result in reward, but instead allowed the animal to progress to the next trial.

While the monkeys performed this task, Bernardi et al. used individually drivable electrode arrays with 16 contact sites to record from anterior cingulate cortex (ACC) and dorsolateral prefrontal cortex (DLPFC) and 24 contact sites to record from the hippocampus (HPC). Using these data, they trained a linear classifier on a subset of conditions (e.g., two rewarded fractal images, one from each context) then tested the decoding accuracy using a new subset of conditions (e.g., two unrewarded fractal images, one from each context). If, for example, context is being represented, the line (or plane in three-dimensions, or hyperplane in higher dimensions) that separates the two training points (one from each context) will be similar to the line that separates the two test points (i.e., the high-dimensional neural representations for conditions in the same context are clustered).

Two metrics were used to quantify population activity: the cross-condition generalization performance (CCGP) and the parallelism score (PS). The extent to which the classifier, trained on one subset of conditions, generalized to a new subset of conditions was captured by the CCGP, and the difference in the angle of the separating hyperplane for the training set and the test set was quantified as the parallelism score (with the CCGP and PS being, for the most part, positively correlated).

The authors looked at two time points: a 900ms epoch prior to image onset (to investigate the extent to which information about task-relevant variables are represented during the inter-stimulus interval) and a 900ms epoch 100ms after image onset. In both the pre- and post-image onset epochs, they found that most variables of interest could be decoded above chance, but few variables were abstractly represented (as measured by the CCGP and PS). Indeed, the three variables that were the most abstractly represented were context (in all three brain areas), the value (i.e., rewarded or unrewarded) on the previous trial (in all three brain areas), and the action from the previous trial (in ACC and DLPFC but not in HPC). Interestingly, in the post-image onset epoch (relative to the pre-image onset epoch) they found that context representation decreased significantly in ACC and DLPFC while action representation (for the current trial) increased in HPC.

These results suggest that 1) certain task variables such as context, value, and action are represented in an abstract format (as measured by the CCGP and PS) and 2) that the geometry of this high-dimensional neural firing-rate space is not static but rather dynamically shifts when the animal has access to information (i.e., the visual stimulus) that informs an upcoming action.

Future directions/questions for the authors

Q1) In the example given in the manuscript of training the classifier on one subset of conditions (one condition from each context) then testing it on a new subset of conditions (also one condition from each context), how do you dissociate context from time? That is, given that the visual cues within a context occur in the same block of time, how do you ensure that context and not time is being represented?

Q2) Using a linear classifier implicitly assumes that the brain is conducting some form of linear decoding. While this is likely true in many cases and analytically serves as a valuable starting point, do you think there are scenarios where a non-linear classifier might successfully model aspects of cognition and behavior that a linear classifier would fail to capture?