Selected by Osvaldo A. Miranda 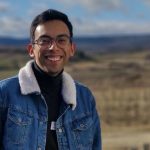 The basic computational units of the brain are glutamatergic and GABAergic neurons, which work together to process and relay data in a coherent manner. This cooperation relies on striking a fine balance between excitation and inhibition, too much of one or the other is thought to lead to neurological disorders such as autism spectrum disorder (ASD), epilepsy, and schizophrenia1,2,3. Many studies on ASD focus heavily on the effects of mutation on pyramidal neurons (PNs), while a smaller fraction place their focus on interneurons (INs). One high-profile ASD candidate gene is Shank3, a gene encoding a post-synaptic scaffold protein, which when mutated disrupts synapse formation and maturation in PNs and may lead to ASD, schizophrenia or Phelan-McDermid syndrome. Numerous studies have outlined though its effects on INs remain poorly understood. In this preprint, Ali et al. give some attention to the minority cell types of the cortex, the good ole IN. Specifically, they highlight the effects of Shank3 mutations on IN function and how this in turn results in behavioral phenotypes analogous to symptoms of ASDs.

To study the effects of Shank3 mutations on cortical circuitry the authors use R1117X knock-in mice which carry a truncating mutation on exon 21. Using the genetically-encoded calcium indicator GCaMP6f and two-photon calcium imaging, the authors found increased rate of calcium events at the dendritic spines of PNs in the prefrontal cortex of R1117X mutant mice. These events were greater in both frequency and amplitude compared to control animals and pointed to a hyperexcitability phenotype in PNs. But that’s only half the story…

Previous literature4 suggests a significant role for somatostatin-positive (SST+) INs in regulating calcium signaling at dendritic spines. To test whether this may be a factor in the observed aberrant dendritic calcium transients, the authors generated double-transgenic R1117X mice which express GCaMP6s exclusively in SST+ INs. They observed a reduction in calcium events and reduced NMDAR signaling in mutant SST+ INs. This reduction in activity likely affects the overall control which INs are able to exert within the prefrontocortical microcircuitry and subsequently manifests as changes in the animal’s behavior.

The behavioral symptoms observed in R1117X mice include increased anxiety, reduced motor activity, and in the case of the prefrontal cortex, a severe deficit in associative learning. Electrophysiological data pointed to NMDAR as a possible target for rescue as they found reduced, but not eliminated, NMDAR currents. The authors elegantly parse out the phenotypes associated with IN dysfunction by selectively rescuing NMDAR currents in SST+ INs using lentiviral vectors to overexpress NMDAR subunits GluN1 and GluN2B. The overexpression of these in SST+ INs was sufficient to restore the rate of dendritic calcium events to a rate comparable to control animals. Additionally, this treatment rescued certain behavioral deficits, specifically trace fear learning and sensorimotor gating, suggesting these were mediated by reduced dendritic inhibition within the prefrontal cortex.

I chose this preprint because of my general interest in IN development and their roles in disease. Studies indicate that ASD affects approximately 1:160 children worldwide, though numbers vary by country5. Government health agencies and NGOs spend significant resources on research to elucidate the underlying mechanisms of this group of heterogeneous disorders. It is through these efforts that numerous candidate genes have been implicated in ASD, but many studies to date place an emphasis on the effects of mutations in excitatory neurons. The authors of this study used robust assays to convincingly link the underlying interneuronopathy to behavioral symptoms found in mouse models of ASD. They achieved this by succinctly describing how altered inhibitory signaling contributes to increase in calcium signaling at the dendritic spines and ultimately in behavioral changes.

My questions for the authors:

We thank Osvaldo for highlighting our bioRxiv preprint for the PreLights initiative. Below are our responses to the questions raised in the review:

We obtained Shank3B knockout mice with a global deletion of exon 3B of the Shank3 gene (Peca et al. (2011). Nature). We performed in vivo two-photon imaging of layer 1 dendritic spines, and found reduced rate of synaptic calcium transients in Shank3B+/- mice compared to controls (Fig. 2i).

Our interpretation of the imaging data is that for Shank3B+/- mice, NMDAR function in pyramidal neurons is substantially diminished. We speculate that this direct effect may overshadow the indirect effect of disinhibition via reduced GABAergic firing. Because NMDAR is the major source of calcium influx in dendritic spines, their reduced function in pyramidal neurons would lead to a suppression of synaptic calcium transients.

The short answer is no – we have not tried the rescue experiments in older animals, and therefore we do not know when the R1117X mutants may be insensitive to the GluN2B manipulations. We agree that age dependence is an important question. Studies that have tracked disturbances in cortical and striatal circuits in autism models have revealed deficits that arise at specific developmental windows (Peixoto et al. (2016). Nature Neuroscience). Specifically, for R1117X mutants, the original study that described these mice have used slice electrophysiology to characterize synaptic transmission in mPFC pyramidal neurons in young and adult mice (Zhou et al. (2016). Neuron). In postnatal-day-14 young mice, they reported a significant increase in mEPSC frequency at P14. By contrast, in 8-week-old adult mice, they observed reduced mEPSC frequency and amplitude as well as and reduced spine number. These results suggest that alterations in synaptic calcium signals are very likely to be age-dependent. Therefore, for future experiments, we will like to perform in vivo imaging and rescue experiments at multiple timepoints across development.