A new InsectBrainDatabase is now available at https://insectbraindb.org/app/ , report Heinze and colleagues, so check and admire 3D reconstructions and add you own! 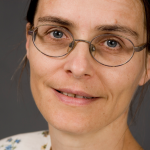 Over the past fifty years, insect neuroscience has grown into a large field, partly because of genuine interest by researchers for specific species, such as the honeybee or the desert locusts, and partly because insect brains are much smaller than vertebrate brains. As the building blocks are the same, there is some hope to understand the principles of brain structure in insects and then be able to better understand the larger organs of our closer relatives and ourselves. Specifically, in the last ten years or so, advanced microscopy and single cell marking techniques have led to a fast advancement of the field. Immense amounts of anatomical and functional data have been collected by labs around the world, but most raw data have been barely accessible, making comparative studies and general advancement of the field more cumbersome than could be wished for. Several databases (including Virtual Fly Brain, FlyCircuit, FruitFlyObservatory) have been available for Drosophila. At the other end of the spectrum, the fast-growing site neuromorpho.org has collected (as of January 2021) over 3 million reconstructed neurons of almost 1000 types in 78 species including several species of insects, but is very vertebrate-based. A home for reconstructed neurons in a broader range of insect species has been lacking.

In their paper, the authors, an informal consortium of several European research groups, describe the InsectBrainDatabase (https://insectbraindb.org/app/ ), a free database that they have recently launched. So far, the database has 199 neurons from 17 species (see two glimpses in figure 1), but that seems just the start, and more importantly, each neuron is associated with its brain region, in a standardized 3D reconstruction of the brain in the study species. At each level, data from experiments can be linked and the database can be searched.

In their bioRxiv paper, the authors describe the database as well as its interactive search interfaces and potential uses. For instance, users can see and rotate a chosen neuron in a reconstructed brain of the species, changing transparency of the different regions as needed, but they can also compare the same neuron in up to four insect species at the same time, thus inviting to truly comparative work. While uploaded data are owned by the contributor and cannot be changed, they are publicly available and downloaded images can be used in publications under a Creative Commons Attribution 4.0 International (CC BY 4.0) licence, with credit to the original data owners and the IBdb.

The authors then go on and explain in much detail how new contributors can upload data on new species, new neurons and new experiments in the database. They seem to have a well- developed concept of curation and administration of data, so this may grow fast into something used by many.

If read by many, this will be a very useful paper. Basically, it is a user guide for a new database, and having seen the volumes of data grow in the field of neurobiology, I have been wondering for a long time how science could make the most use of all the information. This paper and the described database will definitely do their share to help here, so I wish it as much publicity as possible, among insect neurobiologists, but also amongst all researchers interested in comparative brain research.

It goes without saying that the new database is a very useful new tool for all insect neurobiologist. My guess is that many people will add new data, and only then we will see its full potential. So check it out and add to it!

It may be equally important that the administrators keep contact with those colleagues that work on the other existing databases, such as http://neuromorpho.org/ and https://v2.virtualflybrain.org, to mention just two of them. This will be important to connect and make the most use of all of them, instead of competing, and will also help to keep up with future technology development.

Let me answer the last part first; everything in the database is laid out to be permanently online (persistent), so as long as we pay the data storage bills, which are very not substantial, the data will exist in the form that was last updated. If this becomes an issue, moving the database to an academic server is technically also not problematic. Regarding curation, once datasets are online the curation of each dataset is performed by the data owner (contributor), who naturally has the biggest interest in keeping it up to date. Active involvement is only needed when datasets are updated and growing. So even without active curation, the deposited data will be accessible as long as the database is available online. The role of the species curators is not extremely involved either, as their responsibility is to approve and check newly added datasets. As each species has its own (one or several) curators, the workload is rather minimal, which hopefully will keep the current curators committed permanently. Once retirements become an issue, new curators can be added with the click of a button. So as long as there are researchers interested in insect brain anatomy and function, we hope that they will sufficiently care about their species to keep it in shape in the database. To sum up, given that we have designed a distributed curation system in which each curator has minimal workload and is concerned only with the species they are experts in, we much believe that this system will be self-sustaining for at least the next decade.

Yes – in principle the ventral nerve cord is already included, just compressed in one small box of the schematic brain representations. As the variability in that part of the nervous system can be expected to be quite high, adetailed representation of these regions will have to be developed for each species. Once these are in place, adding the 3D neuropils and filling these regions with neurons will require very little adjustment of the database beyond its current state. A clear idea about the internal neuropil layout in the ventral nerve cord of various species is probably the first thing needed if we would like to advance in this direction. Where this is already in place, we could start to implement this already now. In practice I think this will have to be initiated by the community expressing a need for this feature.

This is indeed planned, and not necessarily far in the future. Even going a bit further, several researchers working on spider brains have already been in contact with us, and we are developing ideas of how to integrate these species. Of course, the more evolutionary distant groups of species are, the more difficult will it become to define homologous brain regions and to perform cross species search queries. Yet, to include each species on its own would even be possible at the moment. How to make most effective use of the current multi-species comparison tools and graphical representations that are based on a shared ground plan will require some thought. Yet, technically, we have done 90% of the work to move these plans along if there is sufficient interest in the community (and some funding).