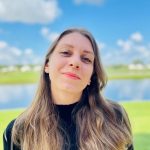 Single-cell RNA-seq (scRNA-seq) allows researchers to sequence entire transcriptomes at the single-cell level. The method has proven useful in discovering rare cell types and tracking distinct cell lineages in development. Nevertheless, a major drawback of scRNA-seq is the use of isolated cells, which leads to a loss in spatial information. Recently, scRNA-seq methods have been used in conjunction with spatial transcriptomic methods to map spatial cell types within tissue sections at single-cell resolution.

Eight cell types were identified in the single-cell transcriptomic study across all biological replicates, including microglial, oligodendrocytes, B cells, astrocytes, T cells, endothelial cells, pericytes and ependymocytes. Cells within the microglia, B cell and T cell clusters were found to be differentially distributed in the disease versus wildtype state. The authors also found that the global expression level of inflammatory mediators, indicative of a post-infection response, was mainly observed in the microglia clusters at 25dpi and 45dpi.

Results obtained from the spatial transcriptomic study showed that the majority of T. brucei genes are highly expressed in specific locations of the mouse forebrain (e.g., thalamus, hippocampus, cerebral cortex, and CVOs). In fact, parasite location at 45dpi partially coincided with an increased expression in inflammatory mediators in spatial regions associated to CVOs. To further understand the importance of CVOs during infection, the authors performed a gene ontology and pathway analysis. The results demonstrated that parasites located at or near CVOs are metabolically active and expressed genes associated with parasite differentiation (i.e., slender and stumpy forms of the parasite).

The next step for the authors was to determine if there is a correlation between the microglia clusters, displaying an increased inflammatory response, and the distribution of parasites in the forebrain. Subclustering the microglia cluster and performing differential gene expression revealed six distinct subclusters. Three clusters, identified as Cx3cr1+ microglia 1 and 2, and Cd14+ monocytes by the authors, accounted for roughly 75% of the microglia detected in infected mice. The genes highly expressed in these three clusters were found to be spatially expressed around the hippocampus and CVOs at 25dpi and 45dpi compared to the uninfected controls. Taken together, the authors demonstrated that three microglia subclusters associated with infection are detected nears CVOs which coincides with the spatial distribution of T. brucei.

Subclustering the previously identified T cell cluster resulted in the identification of three distinct T cell subclusters:  Cd8+ 1 T cells, Cd8+ 2 T cells and Cd4+ T cells. Cluster 2 (Cd8+ 2 T cells) was only identified in infected samples which the authors suggest may indicate a disease-associated T cell subset in the brain. Interestingly, cells in cluster 3 resemble follicular-like regulatory Cd4+ T cells which had yet to be recorded in the brain during infections.

The authors also subclustered the previously identified B cell and found a plasma-cell specific cluster they called Cd138+ plasma cells. These cells were enriched during infection. In fact, the Cd138+ plasma cells were found to be localized around CVOs in uninfected mice, but their distribution spread to the lateral ventricle at 25dpi and to the cingulate cortex at 45 dpi suggesting an expansion of the original plasma cell population. Additional experiments demonstrated that Cx3cr1+ microglia are engaging in crosstalk with the Cd138+ plasma cells via the IL-10 receptor and the B cell activating factor (BAFF). The functional interaction between both cells promotes plasma cell survival during T. brucei infection.

Why is this work important

Cells do not act alone; they are directly influenced by their surrounding environment. scRNA-seq and spatial transcriptomics are complementary technologies that can be used to further understand how cells within a tissue interact at a spatial-temporal scale in health and disease. This preprint gives us valuable insight into how spatial cellular heterogeneity plays a key role in coordinating the colonization of the CNS by T. brucei, a parasite responsible for sleeping sickness. The work done by Juan F. Quintana and his team clearly demonstrate the need to generate a “cell atlas” cataloguing both cell type and location to elucidate their role in disease.

1) You mentioned that your scRNA-seq analysis was focused on the hypothalamus, due to its role in controlling circadian behaviour. Did you check for a change in gene expression in circadian clock genes at 25dpi and 45dpi?

This is an interesting question and a critical one. In short, no, we did not look at circadian genes specifically. The reason for this is that we did not collect samples at various time points around the clock to make meaningful inferences regarding circadian gene expression. We are currently working towards addressing this question in more detail. However, we did notice a dysregulated gene expression pattern of canonical circadian genes; For instance, Nr1d1 (also known as Rev-erba) and Per3 were significantly downregulated in inflammatory, infection-associated microglia. This is just a sneak peek of the potential circadian-related processes that might taking place in microglia during infection. Our working hypothesis is that some of these genes counteract the acquisition of an inflammatory phenotype, and thus must be downregulated to allow a progression into a disease-associated state.

2) Can your study be used to understand how T. brucei may manipulate the host defense mechanisms to ensure survival?

We think parasite survival is quite complex and might be dictated by a multitude of factors in vivo. Perhaps, the most obvious host response mediating parasite survival is the production of antibodies. In this regard, one intriguing observation from our study is the dynamics of the brain-dwelling B cells. We know from previous (very elegant) work conducted by the lab of Professor Stefan Magez, Professor Carl De trez, and Professor Magdalena Radwanska that African trypanosomes destroy the B cell compartment in the spleen and bone marrow, including CD138+ plasma cells, in a process involving NK cells. This is globally characterized by a progressive loss of B cells, which renders the animals unable to mount adequate antibody responses against subsequent infections. However, this pattern is not observed in the brain, where we see an accumulation and/or expansion of B cells over the course of infection. This has led us to re-think about organ-specific immunological responses and may potentially indicate that the brain has its own source of immune cells that are independent from peripheral sources (e.g., spleen or bone marrow). This is one of our working hypotheses, and we are currently investigating the potential origin of these brain-dwelling B cells, and their role in brain pathology during chronic infection.

3) What similarities and differences do you expect to arise if you repeat the experiments using B cell deficient mice?

The million dollar question! – Previous work in our lab and others have shown that B cells are essential in controlling T. brucei infections. Mice lacking B cells (also known as mu MT) succumb to infection before the onset of the CNS stage, which confound additional interpretations associated with brain pathology. We are currently testing the effect of several key genes in brain pathology by specifically deleting them in B cells. Our data so far suggests potential compensatory mechanisms by other immune cells (e.g., T cells), and we are working hard to tease out how these various genes contribute to brain pathology and control of the infection.