Your scRNA-seq analysis pipeline may be warping your data, due to dimensionality reduction. 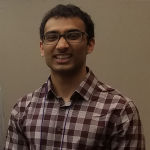 I would like to highlight two aspects of this study. Firstly, the topic is simply critical to anyone who has ever analyzed scRNA-seq data (which is becoming increasingly ubiquitous in cellular biology). Dimensionality reduction is the first step in almost every algorithm and analysis pipeline, and a fundamental assumption is that this step preserves important (biologically-relevant) information from the original high-dimensional data. If in fact this step distorts the data, as the authors convincingly argue, biological conclusions from scRNA-seq data would need to be scrutinized. Secondly, this paper is exceptionally well-written. I appreciate that the authors use analogies and toy cases that are both illustrative and clear, even to those without a mathematics or statistical background.

The authors then used their approach to analyze dimensionality reduction of real scRNA-seq data. Consistently, they found huge distortions in data even when reducing to relatively high dimensions. This is particularly problematic as most pipelines reduce data to 2 or 3 dimensions (as these are easily visualized). Indeed, the authors tested several commonly used pipelines for clustering and trajectory generation and found that they are affected by dimensionality reduction.

This manuscript affects any research group using scRNA-seq techniques. As an example, in developmental biology a common approach is to reconstruct developmental trajectories of various lineages to study how cells differentiate and specify. If dimensionality reduction inherently skews the data, then the results of these analyses are questionable.

There is no question that these results are disturbing, and motivate the need to develop improved scRNA-seq pipelines (either by developing better dimensionality reduction methods or eliminating their need). In the meantime, however, I do wonder if current techniques are good enough for now, particularly for clustering. While local neighborhoods may be distorted, tSNE and UMAP plots do places cells with similar gene expression close to one another – this can be readily seen by plotting marker genes, for example. Particularly for smaller studies or studies where differences between cell types is clearly defined, tSNE and UMAP may suffice despite the distortions they may introduce. Likewise, while clearly dimensionality reduction does affect cell-to-cell distances, current trajectory reconstruction methods do at least partially correlate with other biological parameters (for example, developmental age). While we should be cautious about interpretation, I suspect that computational methods combined with biological intuition can at least be passable until better methods are developed.

I had the chance to talk with the authors of the manuscript to get some quotes as well as feedback on some of my comments. Summarized below:

From Shamus Cooley about the future  of scRNA-seq:  “The good news is that the experimental data can always be analyzed again, once we have better tools for dimensionality reduction, without having do do another experiment.”

From Dr. Ray: “Our results arise from the conception that there must be a lower dimensional representation of high-dimensional single cell data. For example, immunologists have long been successful identifying important cohorts of cells with a small set of markers. We were surprised to find that patterns of mRNA expression do not allow such easy classification with current methods.”

Additionally, Dr. Ray added the following regarding my comment of “Is dimensionality reduction good enough for now?”

“We found that using our own parameters in t-SNE or UMAP can make the cell types either appear to mostly cluster together or be much more mixed up. We suspect that some researchers tweak the dimensionality reduction parameters to make the cell clusters consistent with their preconceptions based on older studies or their biological intuition. Practitioners I have talked to essentially say as much: they often confirm the clustering through orthogonal methods. This type of argument seems to be circular: you can modify the 2-D (or 3-D) representation until it matches your expectations, but then what have you learned from the new experiment? Overall, the shared opinions of myself and my co-authors is that current low-dimensional analysis methods are not good enough.”