By taking a holistic, network-based approach, the authors of this study were able to model and study a gene regulatory network for ~1000 genes in a pathogenic, multi-drug resistant strain of Pseudomonas aeruginosa. 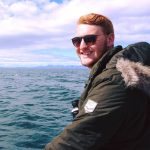 Pseudomonas aeruginosa is a human pathogen that is a major cause of hospital- acquired infections (HAIs), primarily in the skin, lower respiratory tract, urinary tract and eyes, infections that can all lead to more serious manifestations, including bacteremia and endocarditis (1). Of particular concern is the prevalence of multi-drug resistance (MDR) strains, lending to the inclusion of P. aeruginosa as one of the ESKAPE pathogens, a set of MDR bacterial pathogens that exert great economic and social burdens. One such strain is the CCBH4851 which has caused multiple outbreaks in Brazil in recent years, where 35% of strains tested were resistant to carbapenems (a common treatment for P. aeruginosa infection) (2). A plethora of encoded resistance mechanisms confer resistance in P. aeruginosa, including efflux pumps, β-lactamases and biofilm formation, which can all be acquired either endogenously due to mutation or via horizontal gene transfer (2) .

Together, these resistance determinants, alongside less specific regulatory architectures that control their activity, provide elements of redundancy and synergy; however, the mechanisms which underpin them remain poorly understood. This is primarily due to the limitations of individual gene studies and reductionist approaches, which fail to capture the full scale of the networks regulating these processes and other cellular behaviors. In recent years, more holistic analysis methods have been applied to better grasp these networks, and one such set of methodologies is Graph theory (3). It is a set of mathematical doctrines which focuses on the construction of a network model, or a graphical representation of the regulatory network. Such network models aim to simulate the relationships and interactions between various genes, in order to infer underlying regulatory circuits and interactions that can be used to further understand the bacterium or to propose possible drug targets. When applying graph theory, genes take the form of nodes, connected by edges which represent the interaction between genes. Network topology, connectivity and clustering of nodes are all metrics that can then be quantified and used to further describe or infer biological processes and regulatory mechanisms (4). As such, the authors of this paper used existing databases and adapted annotations of other P. aeruginosa strains to CCBH4851 to generate a network model, through which the authors were able to gain insights into the bacterium’s pathology and resistance mechanisms (5).

Given the looming threat of prevalent anti-microbial resistance combined with the low rate of novel antibiotic discovery, we are in dire need of new methodologies to identify novel drug targets. This paper represents one such method that is able to i) identify and understand key regulatory mechanisms that are relevant to pathogenesis and ii) propose a list of candidate hub genes that are possible targets for drug development. Moreover, they were able to perform this analysis entirely computationally, only utilizing previously published data meaning that such studies are low-cost and relatively easy to scale. Such holistic analyses have proved effective in understanding the behavior of viral infections and cancers and providing guidance for drug development. As such, I think that these studies will become much more abundant in future years, given the abundance of publicly-available data and the wealth of insight that such analyses provide (3,4,7).