Rolls´s lab makes it again! In a fascinating new study they go beyond the prevailing dogma of immunological memory and elegantly demonstrate that insular neuronal ensembles do both store and recover highly specific representations of immunity. 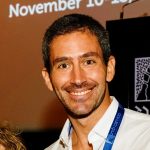 Over the last years, several reports have provided evidence that the brain can exert a top-down control of peripheral immunity1–3. Activation of the ventral tegmental area, a key component of the dopaminergic reward system, has been shown to enhance the response of both the innate and adaptive arms of the immune system upon a bacterial infection1. Most importantly, it has been found to modulate anti-tumor immunity and attenuate cancer progression2.

For the field of neuroscience, the concept of memory has been strongly linked to the expression of a fear response upon the recall of an aversive stimulus, in an experimental setting called fear-conditioning4. Likewise, in immunology, the terms “trained immunity” and “immune memory” refer to the process by which the innate and adaptive immune system, respectively, deploy a heightened response to a subsequent inflammatory event5.

The posterior insular cortex (InsCtx) is a region considered to be the primary cortical site for sensing the body´s physiological state. Now, making a smart use of a toolbox combining the best of neuroscience and immunology, Koren et al. elegantly demonstrate that neuronal ensembles located in the InsCtx, store and recover highly specific peripheral immune-related information in two mouse models of colitis and peritonitis, unveiling a novel aspect of the concept of immune memory.

Much of what we know about brain-immune communication has been previously demonstrated by manipulating the peripheral immune system, and subsequently studying the impact of this intervention in the brain. By approaching this in the opposite direction, this preprint nicely supports the notion of the brain´s top-down regulation of peripheral immunity. Their findings demonstrate a previously unexplored aspect of the concept of immune memory.

Future directions & questions to the authors