Background
Lifestyle changes in organisms mediated by environmental stresses can be achieved through epigenetic mechanisms. This can entail the binding of a protein to a specific region of a gene, causing modifications in gene expression programmes. Heritable phenotypes are thus propagated to progeny without changes in the DNA sequence of the gene itself. For example, in budding yeast, prion-like proteins are capable of governing the stage of their cell cycle during nutrient starvation by suppressing genes mediating meiotic progression (1). Such epigenetic heritable changes in lifestyle are often beneficial for the survival and development of an organism, as they can be reversible and dynamic, unlike DNA modifications.

Recently, an epigenetic mechanism influencing mating patterns in the nematode worm C. elegans has been revealed. In their lifespan, hermaphrodite worms propagate by either self-reproduction or outcrossing (mating with males). While self-reproduction offers a safer and more stable means of producing offspring, it does not result in as much genetic variation in future generations, nor offspring count, as the latter (2). Although hermaphrodites have been selected to self-reproduce over outcrossing despite having less favourable results, recent studies have shown that under stressful conditions, they choose outcrossing over self-reproduction. This increases their chances of survival due to genetic variability and improved adaptation of the offspring (3, 4). This switch in mating route was found to be prompted by heritable small RNAs which epigenetically control the secretion of male-attracting pheromones, an event that under “normal” conditions, seldom occurs in hermaphrodite worms.

In this preprint, the authors explore the epigenetic mechanism by which heritable small RNAs induce pheromone secretion and male attraction, as well as the maintenance of this phenotype over generations of offspring.

Attraction by pheromone secretion through heritable small RNAs is induced by heat stress
First, the authors asked whether premature attraction in males to young hermaphrodites can be induced by different environmental stresses, such as starvation and temperature changes. This was carried out by observing any tropism of male worms towards extracts of media in which stressed hermaphrodites have grown on. It was found that both short and long term starvation at the larval stage did not induce premature attractiveness in young worms, although long term incubation (10-15 generations) at a higher than favourable temperature (25 c) resulted in premature attraction over generations into adults. Moreover, premature attractiveness was also revealed to increase the frequency of mating, where males with fluorescently tagged sperm were tracked and 43% were shown to favour hermaphrodites grown at 25 C while only 14% chose those grown at 20 C (Figure 1). 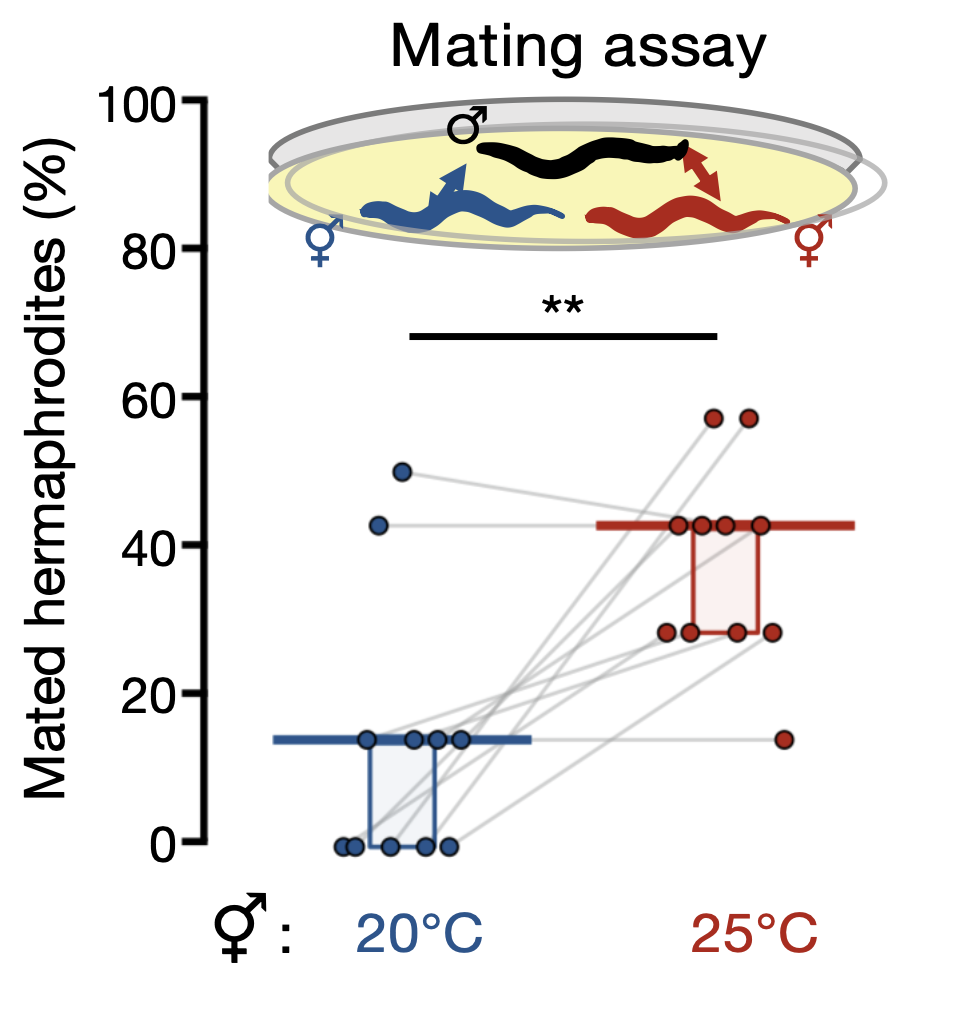 Figure 1: The frequency of male C. elegans mated with hermaphrodites grown at 25 c and 20 c.

The authors hypothesised that pheromone secretion, thus premature attractiveness, is caused by the activity of heritable endogenous small interfering RNAs (siRNAs). Inheritance of phenotypes mediated by siRNAs requires the Argonaute Heritable RNAi Deficient 1 gene (HRDE-1). Auxin-induced depletion of HRDE-1 in conditional mutants grown at 25 C exhibited similar chemotaxis results as those grown at 20 C upon auxin exposure. These results collectively indicate that in addition to siRNA-induced pheromone secretion and attraction, the HRDE-1 gene is also required for siRNA activity and thus the heritable phenotype.

siRNA-induced premature attractiveness is associated with the regulation of sperm genes
Next, the authors sought to elucidate how heritable siRNAs control the propagated attractiveness phenotype. Many siRNAs that were found to be mis-regulated when worms grew at 25 C target sperm expressing genes. This suggests that when such siRNAs are mis-regulated, sperm shortage becomes imminent and male-attracting pheromones are induced. Moreover, several siRNA mutants which had premature attractiveness revealed sperm-producing defects, such as stunted spermatogenesis. Thus, it is likely that siRNAs target and regulate the expression of sperm-associated genes, which can subsequently trigger premature attraction.

Why I like this preprint
The authors in this preprint highlight the significance of epigenetic modifications as a means for organisms to dynamically and very often reversibly change their behaviour to survive. It is interesting that all the substituents of an ecosystem are fine-tuned through such mechanisms on the molecular level to maintain the suitable conditions and balance for life to thrive. Understanding the way in which these organisms in nature adjust their lifestyles according to various environmental stresses gives us insight into biodiversity preservation strategies in light of global warming.

Questions for the authors
1. With some understanding of their response to heat stress, what are some biological strategies that could be carried out to preserve the biodiversity of C. elegans in a temperature-dependent manner?

2. Apart from mating routes, have there been any other lifestyle changes such as nutrient metabolism that are also underlay by heritable small RNAs?