The Bringmann lab sheds light on the neuronal circuit mechanisms upstream of sleep-promoting neurons, thus addressing the question: who regulates the (sleep) regulator? 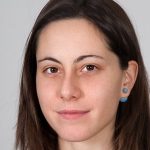 In all vertebrate and invertebrate brains studied so far, inhibitory sleep-active sleep-promoting centers have been found. These are the areas that, when depolarized, put the rest of the brain to sleep. In most cases, their neurotransmitter identity is GABAergic and peptidergic. In the so-called flip-flop model, the activity of the sleep centers inhibits and is in turn inhibited by the wake centers, which are recruited by various arousing sensory stimuli. The antagonism is what ensures that sleep and wakefulness exist as discrete brain states, with little gray zone in-between. Finally, some other centers should be responsible for activating the sleep-promoting areas depending on sleep need, but here is where the picture becomes a bit more blurred: we don’t know much about those [1,2].

The regulatory logic of sleep induction is conserved among species, and the nematode C. elegans is no exception. With the miniaturization typical of its small brain, the so-far described sleep-active and sleep-promoting center consists of a single neuron, the RIS interneuron. The activation of RIS, which is both GABAergic and peptidergic, is sufficient and necessary for the worm to show locomotory quiescence during different kinds of sleep, from developmentally timed sleep to sickness induced sleep [2,3,4,5,6]. Much is known about the circuitry and the role of single neurons in specific behaviors in C. elegans. However, the question of which neurons promote or antagonize RIS activation was never directly addressed before. This study aimed to answer this question.

To identify which neurons could be activating or inhibiting the RIS interneuron, Maluck et al. measured calcium levels in RIS upon optogenetic activation or inhibition of each one of its pre-synaptic partners (which are known thanks to the completely mapped connectome in C. elegans [7]). They observed RIS activation and inhibition in response to PVC (command interneuron) depolarization and hyperpolarization, respectively, and RIS activation in response to CEP (mechanosensory neuron) and SDQL (interneuron/O2 sensory neuron) depolarization.

They chose to focus on PVC –a key orchestrator of the forward locomotion neuronal community [8] –, because of the strong effect it had on RIS in the lethargus phase, i.e. at the age when developmentally-timed sleep occurs. Moreover, previous work suggested that sleep is an attractor state the brain enters following prolonged forward motion, suggesting that a neuronal “bridge” between these two brain states might exist [6]. Interestingly, they found that ablation of this neuron, together with other command interneurons, strongly reduced sleep.

When they then investigated the reciprocal effects on PVC of RIS optogenetic depolarization or hyperpolarization, they found –in what is one of the most puzzling results of the study –, that PVC was activated in both cases. Notably, there is no direct input from RIS to PVC, indicating an indirect route. The results showing that RIS depolarization causes PVC activation could provide a mechanism for maintaining a robust state of sleep through a positive feedback loop. However, the data showing that RIS hyperpolarization also causes PVC activation is far less straightforward to interpret.

The authors next investigated whether RIS is involved in the homeostatic control of sleep. To do so, they quantified calcium changes in RIS following its optogenetic hyperpolarization and depolarization. Positive and negative rebounds followed manipulations of activity in the two directions, mirrored at a behavioral level by locomotory quiescence increases and decreases, respectively. This result would indicate that RIS is set to maintain an optimal level of activation over time, behaving like an auto-regulating homeostat: more sleep (and more RIS activity) follows a sleep disturbance, and vice versa less sleep is needed after a sleep bout.

However, a caveat worth considering is that positive rebounds have previously been reported as generic artifacts following optogenetic inhibition [9]. It is not clear from the main text whether the authors controlled for this possibility.

In any case, we now seem to understand how RIS is activated by PVC and auto-reinforced through a positive feedback-loop. We also learnt that PVC inhibition is reflected in RIS inhibition, in what could be a pathway for arousal to contrast sleep. But how would exactly wake-promoting stimuli inhibit RIS? The inhibition of RIS by arousing stimuli was previously described, but the mechanisms are still unknown.

By activating ASH (nociceptive neuron), the authors observed the activation of the RIM interneuron – another pre-synaptic partner of RIS, and an orchestrator of the reverse locomotory response [8] – combined with RIS inhibition, a decrease in sleep fraction, increased speed, and increased reversals.

Reversals, on the other hand, also inhibit the forward ensemble (and, hence, PVC), so this could be the route through which RIS is inhibited, too [6]. Interestingly, if RIM is ablated, the behavioral escape responses are transformed in forward responses, and RIS is slightly activated.

Overall, the authors discuss their results in the frame of a “tripartite switch”, consisting of forward locomotion, backward locomotion and sleep, which are competing over the worm brain state. Sleep obviously antagonizes movement in every direction. Arousal promotes movement, and particularly backwards motion [6]. Backwards and forward motion antagonize each other. However, forward locomotion is permissive for sleep, via the PVC neuron.

My take on this work.

This work is important because it is the first to address neural mechanisms upstream of RIS activation. We so much needed to have a look there! The new window it opens on PVC and RIS interactions is very fascinating, but how exactly the two interact mechanistically remains to be fully understood. In summary, the paper answers a few questions and opens up a lot of exciting directions for further investigation of sleep regulation in the worm. Some details of the procedures and some minor results remain unluckily obscure, as the authors chose not to include their Methods and Supplementary Figures in the preprint .

Questions for the authors.

[7] White et al, The structure of the nervous system of the nematode Caenorhabditis elegans (1986) Philosophical Transactions of the Royal Society B

thank you very much for acknowledging the importance of our preprint and commenting on it in prelights. We are currently working on the revision and the revised version will answer a lot of your question. Therefore, we would like to provide the answers in our revised manuscript, which will hopefully be soon.
Thanks for pointing out that the supplement and materials + methods was lacking, this was a bug of the manuscript transfer from the journal to Biorxiv. We have updated the preprint so that it does now contain these informations. Perhaps it would be good to update also the prelights comment to direct readers to these materials that are now available.
Best regards,
Henrik
——
UPDATED PREPRINT (2nd September 2019): https://www.biorxiv.org/content/10.1101/681536v2