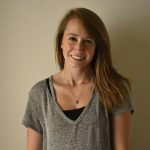 Huang et al. sought to overcome traditional limitations in connectomics, which require tiling data from multiple animals to generate complete wiring maps due to an inability to differentiate multiple projection source areas. Likewise, traditional GFP tracing techniques have precluded differentiation between multiple source areas, and multiplexed fluorescent tracing is inherently limited in the number of available identifiers. The authors extended a previously published technique, MAPseq (Multiplexed Analysis of Projections by Sequencing), which uses viral injections to label individual cells with unique RNA barcode identifiers (Kebschull et al. 2016). Sections are sequenced following targeted dissections to determine sites of barcode expression in a high-throughput manner. As barcodes are reliably transported from somata to the most distal axonal processes, comparison of barcode hits across sections enables single-cell resolution tracing of projections from source regions to target areas. The authors leveraged these principles, together with the fact that barcode abundance is highest at the soma, to develop a new tool called “muMAPseq” (multisource Multiplexed Analysis of Projections by Sequencing) for multi-site mapping. Here, the relative abundance of particular barcodes is compared across sections to determine source region-target area pairs. Importantly, the exponentially increased number of identifiable barcodes allows for differentiation between projections originating from multiple injection sites. This enabled the authors to generate a comprehensive mesoscale connectome of an individual animal.

A unique advantage of muMAPseq is its potential as a tool for investigating individual variability in mesoscale structure-function relationships. Not only could such an application yield commanding insight into the development and maintenance of structure-function relationships, but it could also reveal architectural disruptions underlying global dysfunction in disease contexts. To investigate whether muMAPseq anatomical measurements could predict functional activity, the authors compared a previously-generated, cortex-wide calcium imaging dataset with observed muMAPseq connection strengths, as defined by the number of barcodes in a target area originating from a particular source area. This analysis revealed high correlations between anatomical and functional connectivity. Therefore, muMAPseq has the potential to elicit powerful insights into variability in structure-function dynamics in both wildtype and disease models. To this end, it would have been interesting had the authors replicated these findings in an additional animal to determine the reliability of the observed structure-function relationships.

Finally, Huang et al. sought to substantiate muMAPseq as a tool to screen for novel connectivity deficits in disease models. They began with another validation experiment to demonstrate that muMAPseq could reconstruct the known connectopathies of an established mouse line (BTBR) lacking a corpus callosum. This revealed a novel insight: despite a deficit of output connections from individual anatomical areas, higher-order topological properties were seemingly maintained. Topological properties were defined by measuring clustering of certain anatomical sections, named “cubelets.” While the authors hypothesized that cubelet motifs correlated with functional units, they provided no validation of such, and so the functional significance of cubelet clustering remains unclear. Given the previously demonstrated ability to correlate connection strengths with functional activity, an important experiment moving forward would be to apply these functional analyses to cubelet motifs to indeed validate the significance of this novel finding. Likewise, the implication of this experiment is that muMAPseq has potential as a tool to screen for novel connectivity deficits from local connectivity to functional anatomical units, and with sufficient resolution to detect individual variability. However, the authors only screened for novel phenotypes in one BTBR animal. Therefore, it would be intriguing to see if these phenotypic deficits are replicated in multiple animals.

Whole-cortex reference connectomes have previously been published, and the technology to map local connectivity has long since existed in various model organisms. However, muMAPseq has the potential to pave the way for a new era of connectomics with the ability to map connectivity across multiple scales in a single animal. Traditional MAPseq revolutionized connectomics with the ability to trace area-to-area projections with single-cell resolution. Although Huang et al.were unable to achieve the same resolution with muMAPseq and were limited to mesoscale connectivity reconstructions, the potential for future iterations to combine single-cell and mesoscale connectivity exists. Still, the fact that the authors could differentiate changes in local connectivity but not in anatomical/functional units in the BTBR model demonstrates that conclusions about network connectivity can be drawn at multiple levels in the mesoscale. If muMAPseq can integrate mesoscale connectomics with single-cell resolution data, this technology could produce commanding insights into structure-function dynamics. In the meantime, muMAPseq offers a powerful tool to screen for novel connectome deficits in network disease models and moreover, to investigate the consequences of individual variability for both typical function and global dysfunction.

1) muMAPseq requires dissections in order to perform barcode sequencing and network analysis. Therefore, the technique as it stands does not capture dynamic changes in architectural remodeling during development, behavioral paradigms or in disease progression. What technology would be necessary to advance muMAPseq forin vivoanalysis across multiple timescales?

2) Analysis of the BTBR model revealed deficits in local, but not anatomical/functional unit connectivity, but the analysis was limited to one mouse. How do you expect that variability between individual mice will contribute to this phenotype? Do you predict these results will be consistent across animals?