Big step for research on social be(e)havior: pan-neuronal expression of a genetically encoded calcium sensor in the honey bee brain. 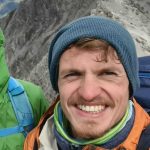 How are complex social interactions encoded in the brain, what cognitive skills are required and how did the underlying neuronal circuits evolve? To tackle these questions, research needs access to brains from animals that naturally display a high degree of sociality and engage in sophisticated social behaviors. The most advanced form of sociality – eusociality – is particularly well described for insects1,2. Among insects, hymenopterans present the largest number of eusocial species, including bees, ants and wasps. Bees live in colonies of up to 60,000 individuals, comprising the three adult casts: queen, males and workers 2, the latter of which are again subdivided by specialized labor roles. For a colony to be successful, its members need to be able to communicate, understand social cues (e.g. olfactory cues such as pheromones3) and integrate them with higher cognitive abilities4,5. While the understanding of neuronal circuits underlying behavior in other species has benefited from the development of neurogenetic tools in the last decades, the creation of transgenics in eusocial insects has proved particularly difficult6. In this preprint, Carcaud et al., generated a transgenic driver line as a tool to unlock the next level of investigating the social brain of the bees.

In summary, the preprint clearly demonstrates that the calcium indicator under a synapsin promoter is expressed throughout the brain and can be used in functional imaging experiments to simultaneously record from neuronal populations in different brain regions.

I chose this preprint because I believe that neuroscience has to leverage the diversity of species with their specific behaviors to gain further understanding of how the brain works and evolves. Therefore, it is good to see that neurogenetic tools are currently being developed for many different species. The GCaMP bee will definitely accelerate further discovery of neuronal circuits underlying the fascinating sociality and sophisticated behaviors of this species.