As the famous muscle building saying goes: “if you don’t use it, you lose it”. This is true at the smallest muscle level as Adkins and colleagues find a loss in serial sarcomere numbers of the biceps brachii on chronic hemiparetic stroke survivors. 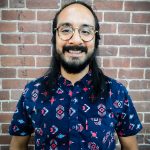 About 80 percent of the 7 million stroke survivors in the USA suffer from substantial motor impairments which have a great impact on their ability to perform everyday tasks. Typically, there is neuronal damage that causes decreases in voluntary muscle control while increasing involuntary muscle control at the opposite side of the damage, leading to an inability to fully contract and relax the muscles. Consequently, chronic stroke survivors have an overall decrease in muscle use and a more flexed resting posture on the affected (paretic) side. Muscle architecture is crucial for muscle contraction and force generation. In particular, optimal fascicle length (OFL) and physiological cross-sectional area (PCSA) are two important muscle structures that can be calculated from other parameters like muscle volume, fascicle length, pennation angle and sarcomere length. Although there are previous studies that has reported differences in these muscle structures in children with cerebral palsy1,2, It is unclear whether serial sarcomere loss occurs in individuals with chronic hemiparetic stroke. The purpose of this study was to quantify sarcomere length, fascicle length, and muscle volume of the biceps brachii muscle on the paretic side and the non-paretic side of individuals with chronic hemiparetic stroke and in both arms of an age matched healthy population.

This study had three major instruments for data collection. The authors used a microendoscopy system to measure sarcomere length, using a second-harmonic generation optical technique to observe the muscle striation patterns of sarcomeres. This can capture an image of the A-band (myosin protein) of the sarcomeres which enables direct measurement of the sarcomeres. The fascicle length was measured using an extended field-of-view ultrasound. This involves moving the ultrasound probe along the length of the muscle and capturing sequential B-mode ultrasound images that can be put together into a full image of the whole muscle. For muscle volume, the authors used MRI on both upper limbs with the Dixon method and fat suppression. Eliminating the intramuscular fat content is necessary to prevent overestimation of the raw muscle volume. Illustration of all three instruments can be seen in Figure 1. 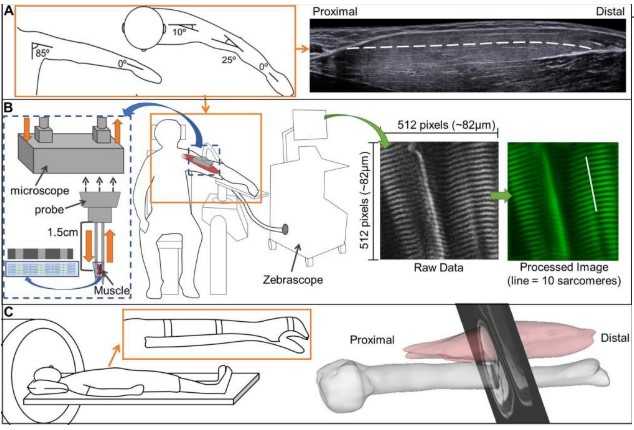 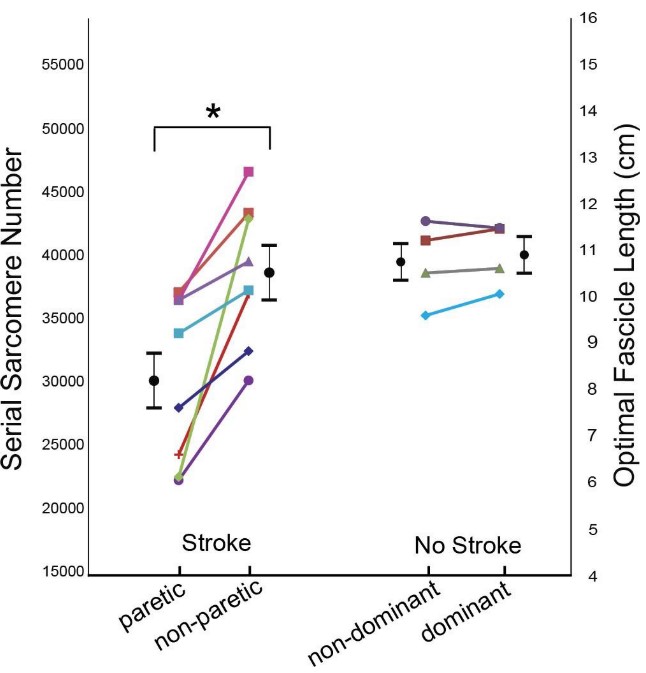 Figure 2: Serial Sarcomere Number/ Optimal Fascicle Length. The graph is showing the differences in serial sarcomere numbers and, proportionally, optimal fascicle length for the stroke patients (left side) and the healthy participants (No stroke, right side). Each participant corresponds to each color and shape. Black circular points and error bars represent the mean and standard deviations for each group. The star (*) indicates significant interlimb difference (p<0.05). Image taken from Adkins et al., 2020 preprint. 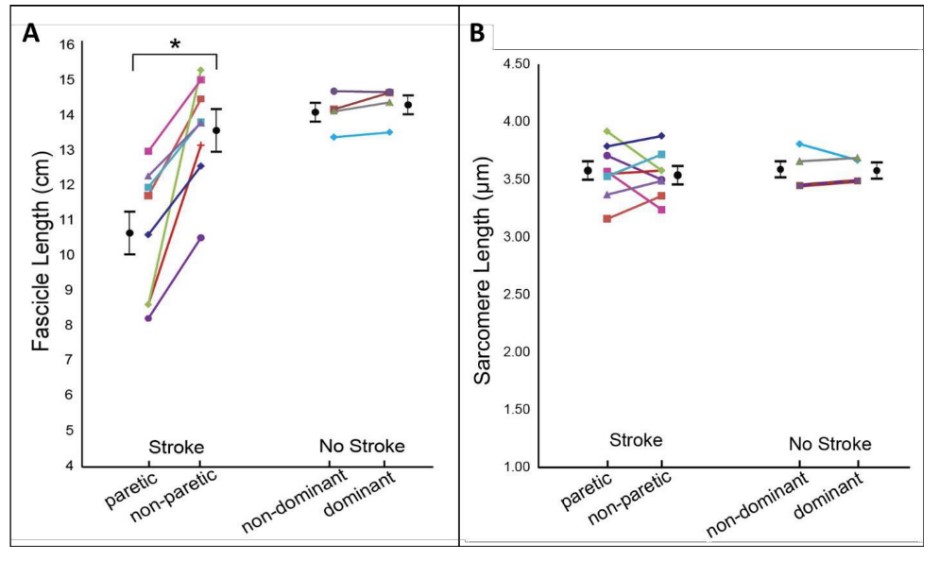 Figure 3: Fascicle and Sarcomere length: Graphs illustrating mean fascicle length (A) and mean sarcomere length (B) for the stroke patients (left side) and healthy patients (No stroke, right side). Each participant corresponds to each color and shape. Black circular points and error bars represent the mean and standard deviations for each group. The star (*) indicates significant interlimb difference (p<0.05). Image taken from Adkins et al., 2020 preprint. 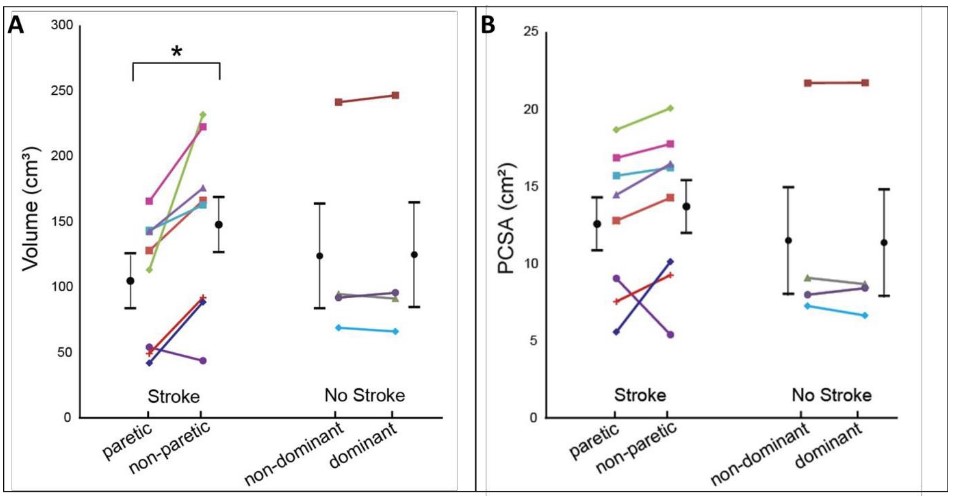 Figure 4: Muscle Volume and PSCA: Muscle volume was calculated with intramuscular fat removed (A). Physiological cross-sectional area (PCSA) was calculated as the ratio between muscle volume and optimal fascicle length (B). Each participant corresponds to each color and shape. Black circular points and error bars represent the mean and standard deviations for each group. The star (*) indicates significant interlimb difference (p<0.05). Image taken from Adkins et al., 2020 preprint.

Overall, this study was able to demonstrate changes in muscle structures in patients that have suffered from stroke and have lived with this condition for at least 5 years post-trauma. Although there were no changes in sarcomere length, the authors have reported smaller fascicle lengths and reduced serial sarcomere number on the paretic side in stroke survivors. This may be an indication that reduced muscle force production in the paretic side is because of changes in muscle architecture in addition to changes in neuronal drive.

Although the ability to quantify the number of serial sarcomeres is not something readily available, this study highlights the importance of possible changes in muscle structures that have not been previously considered. Changes in the nervous system may be associated with acute ones after suffering from stroke. However, the inability to continue using the paretic side can have big consequences on muscle architecture when stroke survivors have been forced to adapt their resting postures due to neuronal changes, thus limiting the amount of force generation on the paretic side.