Tracing the plague route: Ancient DNA analysis reveals the presence of Yersinia pestis genome in individuals from Britain 4000 years ago 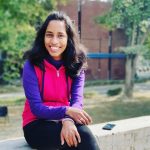 Ancient DNA analysis of extinct lineages has identified Yersinia pestis as the causal agent of the historical plague that spread through Asia and Central Europe five thousand to three thousand years before the present (BP). Yersinia pestis is a zoonotic bacterium that is transmitted through an infected flea vector, causing either bubonic or septicaemic plague1-3. One extinct lineage of this bacteria, Late Neolithic, and Bronze Age (LNBA) are believed to have spread to Central Europe through human populations migrating from Eurasian steppes. These bacteria lack the virulence factor ymt which enables survival and transmission in the midgut of the fleas, meaning it is most likely to have spread person-to-person via the respiratory route. This lineage of the plague is believed to have wiped out several European societies of the Late Neolithic Age1. Though there is evidence of plague observed in Bell Beaker archaeological complexes in present-day Germany, it is still unclear as to how the outbreak spread through Bronze Age Europe.3

In this preprint, Swali et.al., show the spread of LNBA plague to the north-western periphery of Europe by sequencing Yersinia pestis genomes from two individuals retrieved from an unusual mass burial site in Somerset, UK, approximately dating back to 4000 years cal BP (calibrated years before present), suggesting the spread of the plague to the Beaker complexes via Britain.

Dentine samples were taken from 16 individuals retrieved from a mass burial site in Somerset (Charterhouse Warren), England. Single-stranded DNA libraries were prepared from the powdered extracts of the dentine samples. This was followed by screening for DNA from the pathogen Yersinia pestis in the retrieved ancient DNA samples. Of the screened individuals, two samples, C10091 and C10098, showed a high number of sequences matches to the pathogen Yersinia pestis compared to the outgroup Yersinia pseudotuberculosis. Further, radiocarbon dating of the dentine samples revealed that these two individuals were children between the ages of 10-15, had Beaker culture characteristics (an archaeological complex that links individuals from continental Europe with Britain), and existed at least 4100-3800 cal BP. Following carbon-dating, the libraries were subjected to hybridization by an in-solution target enrichment using RNA of Yersinia pestis as baits. The hybridization of the baits showed an average 1.5-2-fold average coverage of the Yersinia pestis genome in the individuals C10091 and C100098.

Phylogenetic analysis of 25 modern and ancient Yersinia pestis strains shows that the Charterhouse Warren Yersinia pestis genome falls in the cluster of strains from the Bronze Age period. Further, the genomes of C10091 and C10098 lacked a 32.4kb region and the presence of a unique 36kb region found in strains of Germany (post6), confirming the similarity of these genomes to the younger representatives of the LNBA lineages (Fig 1A and B).

Fig 1-A: Geographical location of the individuals of the Charterhouse Warren site in Somerset, England. 1-B: Phylogenetic tree of Yersinia pestis lineage identified in the genomes of the individuals C10091 and C10098(Adapted from Fig 1, Swali et.al., 2022).

Functional analysis showed that the C10091 and C10098 genomes had all virulence factors except the ymt gene. Genes such as UreD, pde-2, and flhD associated with flea toxicity, downregulation of biofilm formation, and immune evasion were functional in the Charterhouse Warren genomes as well, suggesting that the deaths were not likely due to a plague outbreak.

Why did I choose to highlight this preprint?

I found the preprint to be an interesting read where the authors used modern approaches to deduce the cause/spread of an event of historical significance.