Would an olfactory receptor in any other place smell just as sweet? Ionotropic receptor position on the mosquito antenna. 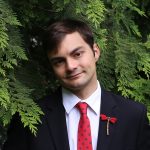 To detect airborne molecules, the mosquito olfactory system uses many different types of receptors, such as gustatory receptors, odorant receptors, and ionotropic receptors. The latter are ion channels that have a binding site for specific odorants. Usually, a “tuning ionotropic receptor” is tuned to a certain odorant or class of odorants. It forms a complex with an “ionotropic coreceptor,” an ionotropic receptor that isn’t linked to just one group of compounds. Ionotropic receptors appear to be especially good at detecting acids and amines; hence, they may influence the preference some mosquitoes have for biting human beings, as amines could be one component of human odor that attracts mosquitoes (Chen et al., 2019).

The two species investigated in this preprint are both members of the confusing Anopheles gambiae species complex: An. gambiae s. s. (S form) and An. coluzzii (M form). While the exact taxonomic classification of these mosquitoes is unclear, their effect on humanity is hard to overlook—the malaria parasite that they transmit has been and still is one of the deadliest human pathogens. They make such good vectors because of their predilection for biting human beings and their preference for human odor. Deeper understanding of mosquito ionotropic receptors could facilitate better mosquito control methods.

Fig. 1A. Head of the Anopheles gambiae mosquito, with a schematic to show the antennae and mouthparts. 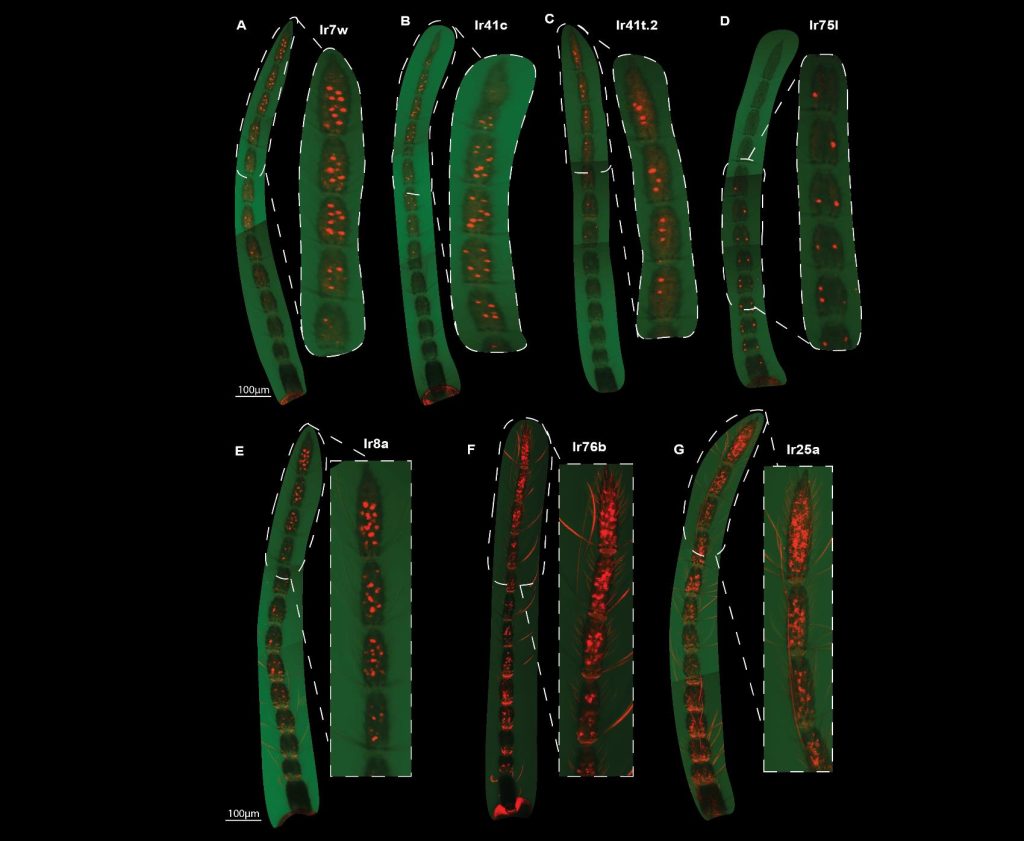 Fig. 2. Different receptors fluorescing along the mosquito antennae. Next to each full antenna is an inset of the region with the highest expression. Note that in D, IR751 is most expressed toward the proximal part of the antenna while the other receptors shown are most expressed in the distal portion.

Where is it? What is it? How does it work? These are some of the most fundamental questions that can be asked about something, and they serve as the basis for more complex follow-up questions. By shedding light (and fluorescence) on the location of ionotropic receptors, Raji and Potter lay the groundwork for more precise studies. Knowing that a given receptor is mostly found on the distal part of the antenna means that studies investigating this receptor could focus on collecting only that part of the antennae, thus reducing background noise. Moreover, the authors make use of an interesting method that can reveal new insights about the function of different receptors.

We captured IR expression in the antennae of adult female Anopheles at age 5-7 days post emergence (dpe) to coincide with the peak period of their host-seeking behavior. Yes, it would be interesting to compare this snapshot with early stage (1-3dpe) or late stage (9-11dpe) mosquitoes. In fact, we are extending our investigation to test if a blood meal alters IR spatial organization in the female antenna. Transcriptomics evidence from the Zwiebel lab suggests that a blood meal could modulate the abundance of Ionotropic receptors, and we’d like to see if the number of IR-expressing neurons or their organization may also be altered after ingesting a blood meal.

We are also curious to know which IRs are expressed at different developmental stages and which ones are turned on after emergence from the pupal stage. This could offer insights into which IRs are important at the aquatic stage of development. We have successfully optimized our in situ protocol to work on the mosquito pupal antennae. In situs have been performed on mosquito larval antennae and we think our current protocol should be adaptable.

This is a great question! This was also one of our favorite aspects of the study—that we could use IR co-receptor co-expression to start predicting the general function of a tuning IR. We are very curious about IR75l and have now designed a CRISPR construct for this gene so we can make a knock-in. This will enable us to study the contribution of IR75l to odor detection in vivo. We are particularly interested in IR75l because it is likely to be an acid receptor, and we’d like to figure out which acids it might respond to. In general, we would like to examine the functional contributions of all the antennal IRs using an heterologous system and perform in vivo functional studies on the ones that appear to be the key players in host odor detection.

We had the same question after observing the expression patterns. If we think of the antenna as the mosquito’s nose, it makes sense that many odor sensors would be concentrated towards the antennal tip which is the most exposed. This could facilitate detection or localization of volatile chemical compounds when they wave their antennae around. It would also be interesting to examine the function of IRs that appear to be proximally localized (like Ir41a and Ir75d )—that might give us clues as to why the antenna would not just have an even distribution of IRs along the antenna (as we had expected going into this work).

Yes, especially if the distribution we observe for IRs is necessary for the function of the antenna as a whole. But it will require in situs of many antennal tuning ORs to be carried out to know for sure!