Dofetilide is a small molecule antiarrhythmic commonly used to treat atrial fibrillation. However, it can give rise to QT-prolongation that can result in fatal arrhythmias, one of its most serious side effects. Coupled with its narrow therapeutic window, a 3-day monitoring period is mandatory for patients in which dofetilide has been initiated. Moreover, most dosing adjustments are made on a non-standard, case-by-case basis. In their preprint, Levy et al aim to resolve this problem by (a) characterising prescribing patterns and (b) applying reinforcement learning to the development of algorithms aimed at successful initiation of dofetilide.

On the other side of the spectrum, bevacizumab is a anti-vascular endothelial growth factor (VEGF) humanised monoclonal antibody. Bevacizumab is known for its many side effects, mostly caused by its extensive effects on the circulatory system. However, clinical trial results tentatively suggest that a combination of bevacizumab and pemetrexed/cisplatin (BEV-PEM/CIS) is an effective first line and maintenance therapy for non-small cell lung cancer (NSCLC). In their preprint, Schneider et al validate and refine the model used to predict the optimal scheduling gap between bevacizumab and PEM/CIS administration by building on their previous work [1].

Levy et al first performed univariate regression on baseline characteristics for successful initiation across the course of dofetilide initiation, showing that the following ten factors were predictors of successful initiation, with the strongest predictors bolded below. Between dose amount and dose adjustment, Levy et al chose the latter to be the target for machine learning approaches, marked with an asterisk (*).

The authors then performed supervised, unsupervised, and reinforcement learning on their training set, which consisted 80% of their data set. They achieved good accuracy with tabular and linear reinforcement-learning models, though the latter was highly labile and had unstable weight estimates.

The key findings of their preprint can be summarised into three main points:

Why I chose these preprints

I selected these two preprints in this first post of 2019 as they revisit the important role that modelling plays in healthcare research today. Regardless of whether the drug under investigation is a small molecule (dofetilide) or a large antibody (bevacizumab), the ability to characterise the pharmacology of these drug regimens is becoming especially important for individualised therapy. In recent years, our understanding of pharmacology has advanced sufficiently for healthcare researchers to dextrously walk the fine line between effectiveness and toxicity, allowing us to maximise the use of drugs with narrow therapeutic windows. This research is best applied to older (and usually cheaper) drugs like dofetilide, bevacizumab, pemetrexed, and cisplatin, whose first-line nature likely arises from their traditional use by healthcare professionals.

In their preprint, Levy et al identified three limitations in their study, which may be overcome with improvements in auxiliary technologies and big data collection (Table 1). 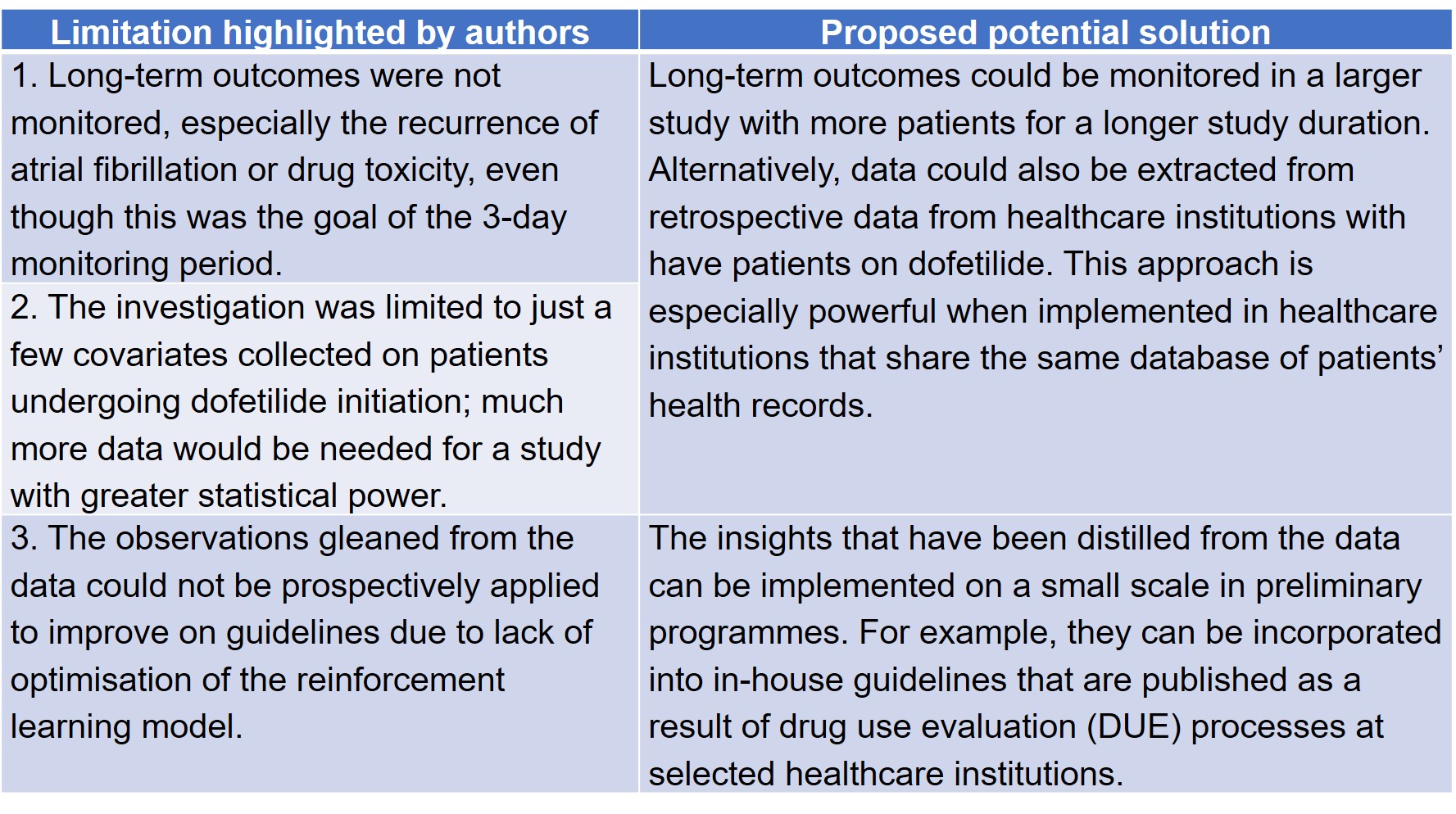 Schneider et al foresee that their work can be used to refine cancer treatment modalities by reconfiguring their model to extend predictions to other regimens that include antiangiogenics, including concomitant therapeutics with bevacizumab and other antiangiogenics. More importantly, the model developed by Schneider et al will also be further explored and substantiated by clinical evidence in two ways. First, more data measurements will be collected in mice to overcome problems associated with “sparseness in sampling” that Schneider et al highlighted in their preprint. Second, the model will also be substantiated by data collected in humans undergoing BEV-PEM/CIS therapy.

Other than substantiating the model presented in this preprint with more in vivo and in-human evidence, the insights gained from this preprint can also be expanded in the following ways: