Live-seq: The Deplancke and Vorholt lab analyse the transcriptomes of live cells by directly sampling RNA from cell cytosols. 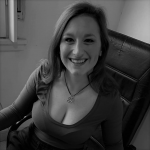 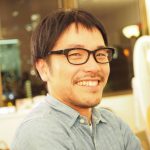 In recent years, single-cell RNA seq (scRNAseq) technologies have transformed biology. The possibility of dissociating a tissue or even a whole animal and elucidating the genes expressed by each cell has not only allowed the characterisation of known cell types, but also enabled the discovery of new cell types/states.

In 2018, La Manno et al [1] showed that RNA velocity could be used in scRNAseq studies to predict the future state of individual cells over a timescale of hours. RNA velocity is the time derivative of the gene expression state, determined by the relative abundance of unspliced and spliced mRNA. Since then, RNA velocity has become a common practice in cell differentiation scRNAseq studies. Other trajectory inference methods (e.g. pseudotime analysis) infer the order of sampled cells along dynamic differentiation trajectories (cell cycle, developmental processes) based on similarities in gene expression [2].

These inference methods attempt to circumvent an obvious and apparently unavoidable limitation of scRNAseq studies: that only end-point measurements are feasible as cells do not survive the process. This limitation has now been finally overcome by Live-seq, a new approach that allows transcriptomic profiling of living cells using fluidic force microscopy (FluidFM) to carry out cytoplasmic extraction at a picoliter scale, in a recent preprint presented by Chen et al.

Live-seq uses FluidFM to sample a small volume of cytoplasm from single cells coupled with a low-input RNA-seq strategy. This permits it to function as a transcriptomic recorder, where “past” transcriptomes can be linked with subsequent transcriptomes or cellular phenotypes. FluidFM combines atomic force microscopy with microscopic channels that can be used to handle femtoliter-scale volumes [3].

Buffer containing RNase inhibitors is first loaded into the FluidFM probe, before specific cells are targeted and a small volume of cytoplasm (an average of 1.1pL) is extracted. The extract is then released into a microliter droplet and the probe is washed to prevent cross-contamination, before another cell is sampled.

A viability assay showed that 85-89% of cells survived the extraction of 1.1 pL of cytoplasm. The cells could even divide a few hours post-sampling without any significant cellular perturbations, in a similar fashion to non-extracted cells. Given the low RNA input, the authors optimised the downstream RNA processing and improved the efficiency of the Smart-seq2 workflow, to minimise RNA degradation and maximise output. In addition, they implemented image-based cell tracking to permit sequential RNA sampling from the same cells (sequential Live-seq).

As a proof of principle, the authors first used Live-seq to analyse different cell types: IBA cells, primary mouse adipose stem and progenitor cells (ASPCs) and monocyte/macrophage-like RAW cells. RAW cells were also activated with lipopolysaccharides (LPS) or treated with PBS as a control. Simultaneously, the response to LPS, as indicated by Tnf-mCherry expression, was monitored with fluorescence microscopy.

The 175 samples that passed their quality filtering criteria clustered into four distinct clusters in a t-SNE plot, clearly indicating a separation of cell types and states (Figure 1 left).

The question remained as to how well Live-seq captures molecular information in comparison with existing methods. To reveal this, they compared Live-seq and conventional scRNA-seq data, integrating these data in the same t-SNE plots. The result showed Live-seq gives similar results to conventional scRNAseq without the need to lyse or fix cells. The authors illustrated that multiple RNAseq data (Live-seq + typical scRNA-seq) can be displayed together as shown in Figure 2, reflecting the same clustering for all cell types and states.

Subsequently, Live-seq was used to investigate the molecular factors that drive heterogeneity in macrophage responses to LPS.  RAW cell transcriptomes were profiled prior to LPS activation, with Tnf-mCherry expression utilised as the phenotypic readout. This enabled the identification of various genes, most notably Nfkbia, that drive the heterogeneity in macrophage LPS responses, illustrating how Live-seq can be used for transcriptomic studies prior to phenotypic changes.

Finally, to record a cell’s molecular signature before and after cell state transitioning, the authors carried out Live-seq on RAW cells both prior to and after LPS stimulation. These sequential measurements yielded two distinct points in the same t-SNE map , clearly showing the transition of each cell from a pre-treatment (Mock) to a post-treatment (LPS) state (Figure 1b). This demonstrates that sequential Live-seq can capture the transitional change at a transcriptomic level, making it possible to observe the trajectory of single cells for the first time.

While inference-based methods may potentially create several spurious connections between cell states, Live-seq allows the acquisition of transcriptomic dynamics from the same cell and thus enables a direct readout of cell state trajectories.

How we think this moves the field forward

We believe that Live-seq is an outstanding technological innovation that will revolutionise the field of single-cell transcriptomics, as it overcomes one of the key limitations of conventional scRNA-seq. Namely, it provides the possibility of sampling the same cells across multiple timepoints and to directly observe cell state trajectories, as opposed to conventional scRNA-seq methods, which utilise end-point measurements where cell trajectories can only be inferred.

The seamless integration of Live-seq with conventional scRNAseq and other phenotypic readouts will be useful to assess how population heterogeneity affects the cells’ response after an external stimulus or over time, as cleverly shown in the proof of principle study involving macrophage cells.

This groundbreaking study comes from the Laboratory of Systems Biology and Genetics, also known as the Deplancke lab ( link to Deplancke lab web page), which has an excellent track record of papers relevant to gene regulation. This new method can be applied to further investigate the molecular histories of various cell types, as it is critical to understand a cell’s current state and the path through which it arrived at that state, to fully comprehend cellular responses and development in all its diversity. We are very excited to see how this technology will advance the field of single-cell transcriptomics.

This is a very important achievement. Congratulations!

A similar S phase effect on NF-kappaB signaling has been noted by Michael White’s group in UK: https://elifesciences.org/articles/10473

Striking that the basal concentration of IkB alpha gene is the top predictor of LPS response in RAW G9 cells.