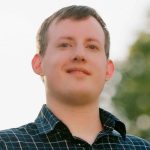 Background to the preprint:

Key findings of the preprint:

The authors used K-means clustering to identify multiple clusters in the positive training set and investigated which underlying features contributed to this clustering. In the most prominent cluster, it was clear that evolutionary conservation was the primary contributor, and this cluster contained the highest percentage of true positives. Transcription factor binding site (TFBS) clustering was another important feature driving clustering, sometimes in combination with evolutionary conservation. Other features, including epigenetic marks, gene associations, and CpG island annotation also contributed to clustering.

What you like about the preprint/why you think this new work is important:

Analysis of genome sequencing is easy until it becomes hard. For some individuals, genome sequencing identifies a pathogenic de novo variant that likely would have also been identified by gene panel or exome sequencing. In other cases, it is possible to identify copy number variants (CNVs) overlapping at least one exon of a disease-associated gene, which may have been identified by an array. However, when you finish screening for coding variants and come up empty, you start to wonder if there is a pathogenic non-coding variant present. Finding these variants is one of the major goals of medical genetics in the era of short read genome sequencing but has remained a significant challenge. This preprint is an important next step in identifying candidate or pathogenic non-coding variants from short read genomes. The authors have shared this tool with both a web server and github for installation on local machines, which makes this work accessible for others. It will be very interesting to see over the next few years whether labs can successfully use this approach to identify and validate novel pathogenic non-coding variants. If so, this could provide more incentive to leave the exome era behind and fully take the leap into the genome era.

-What do the final lists of variants by OMIM disease class look like? Is it relatively easy to tell the pathogenic variant apart from the benign variants in those lists? Or is that an additional challenge that will need to be addressed?

-Do you have any advice for individuals like myself who are interested in using FINSURF to prioritize non-coding variants in a short read genome dataset?