Prokaryotes are commonly regarded as model systems in the field of cellular biology [1] and used to produce useful small molecules and proteins in the fields of theranostics [2,3]. In contrast, owing to limitations on the transfection of eukaryotes, mammalian cells remain relatively intractable despite Herculean efforts. In their preprint, Donahue et al. suggest that three factors are needed to establish a transcriptional toolkit for cell engineering (Figure 1). 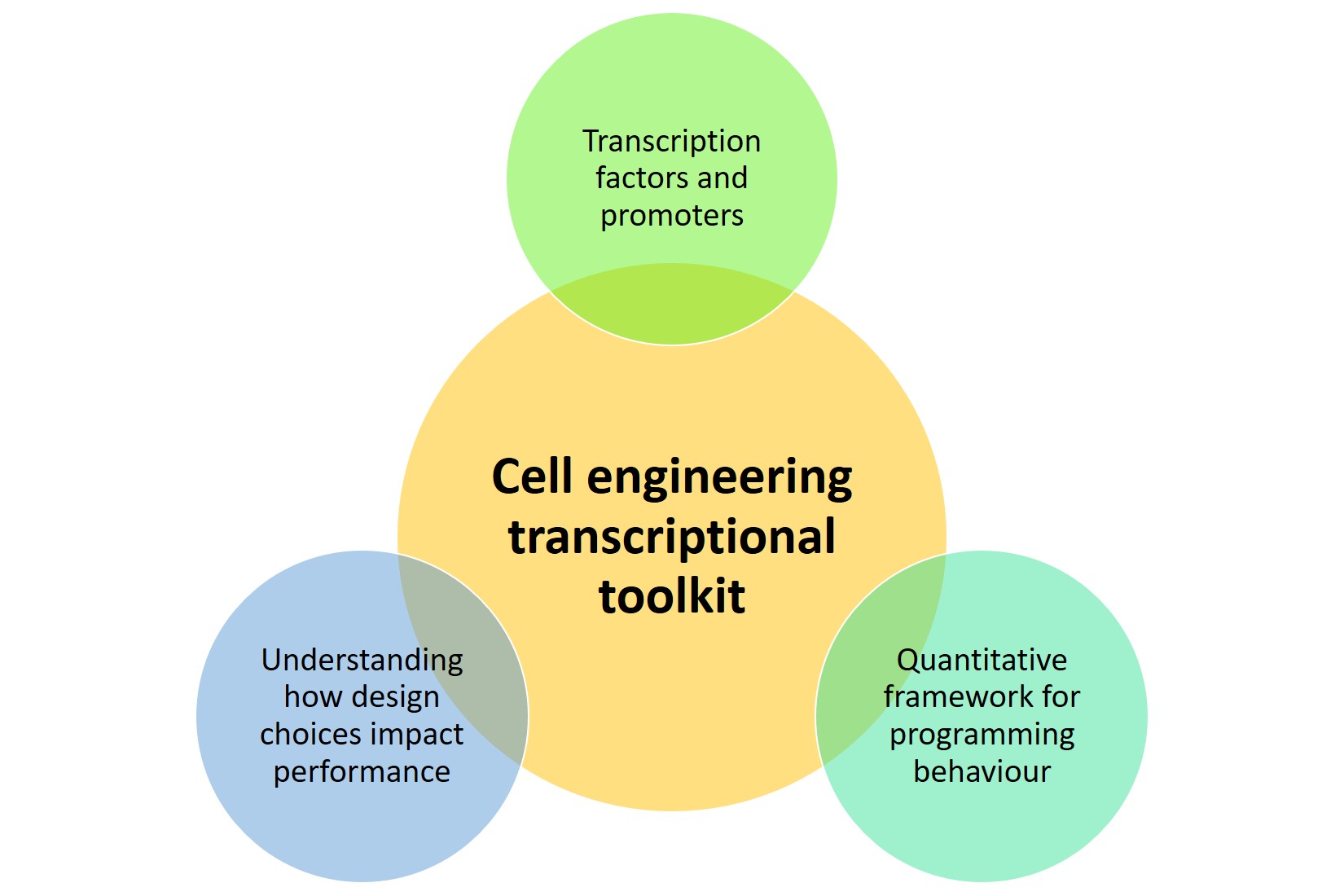 To answer their research question, Donahue et al. developed and characterised the COmposable Mammalian Elements of Transcription (COMET), described as “an ensemble of engineered promoters and modular zinc finger-transcriptional factors with tunable properties”. The authors then used their toolkit to (a) elucidate design rules to incorporate activation, inhibition, small molecule responsiveness, and Boolean logic into mammalian cells, (b) develop a mathematical model to describe these respective properties, and (c) characterise new promoters and modified zinc fingers.

Donahue et al. observed that zinc finger activator-induced gene expression is transcriptionally, rather than translationally inhibited. This led the authors to use a mathematical model to describe the trends that they observed. While the intent of designing this model was not to predict novel transcriptional factor or promoter sequences, Donahue et al. believe that this framework could be used to extend the capabilities of their COMET platform.

The preprint authors then showed that gene expression could also be modulated through transcription factor engineering, specifically by altering (a) the affinity of zinc fingers for DNA, and (b) the strength of the activation domain. Taken together, these results led the authors to identify physical features that can be optimised to modulate gene expression (Figure 2). 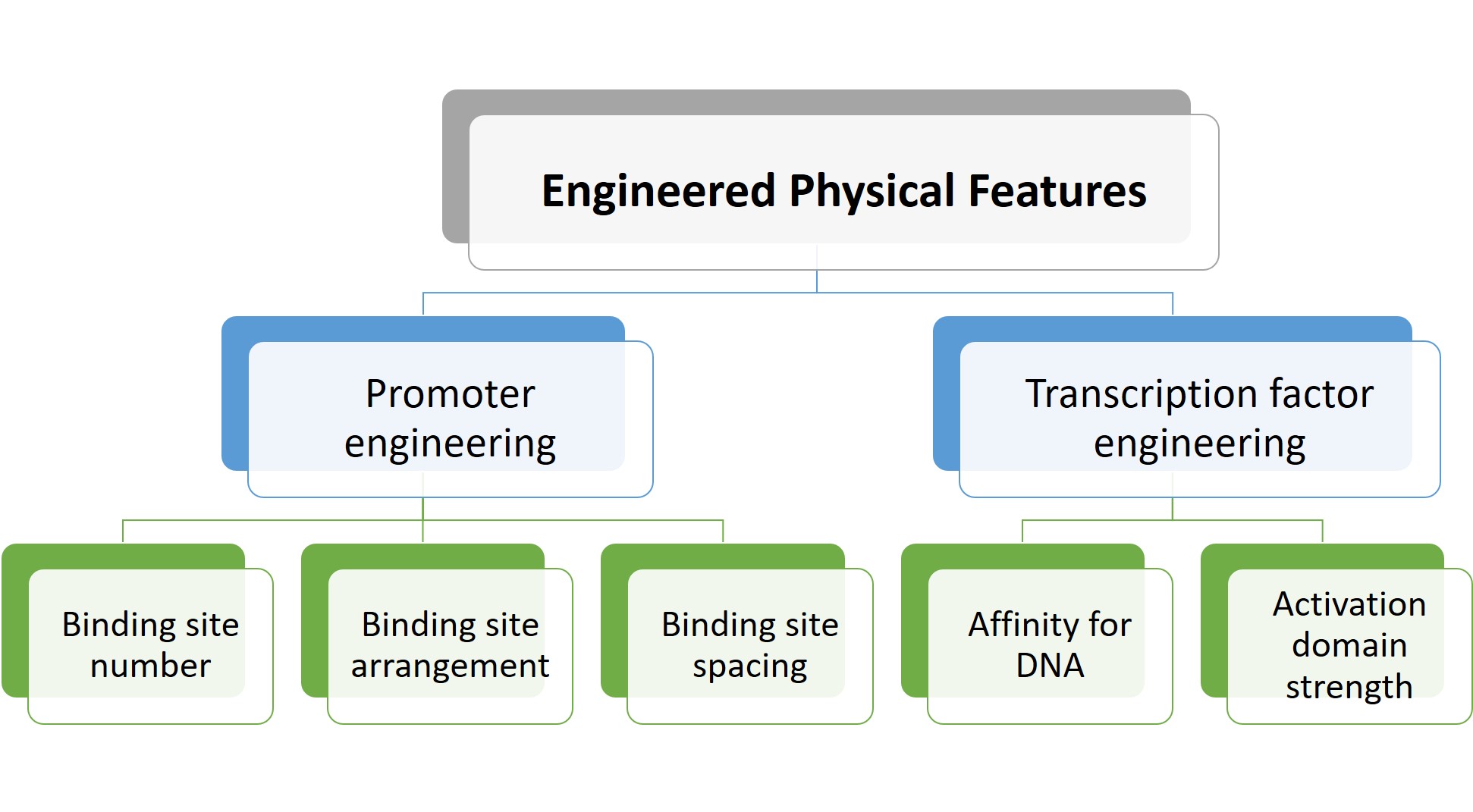 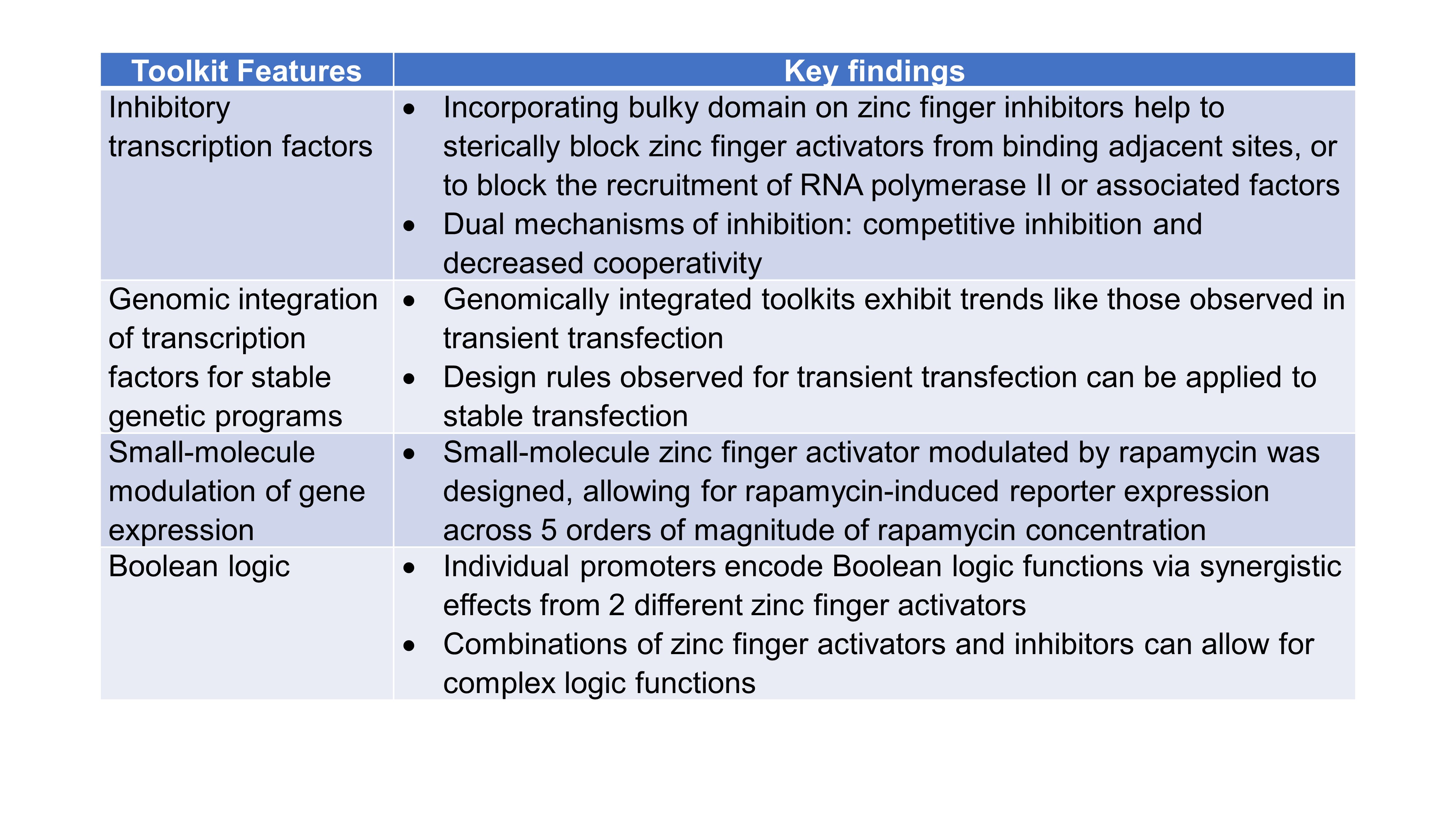 By demonstrating a proof of principle and describing a framework by which their system can be optimised, this preprint by Donahue et al. addresses a growing need to make mammalian cellular systems easier to manipulate. Perhaps most directly, this most benefits the twin fields of pharmacology and toxicology, which has started adopting the 3Rs of animal research—replacement, reduction, and refinement. In fact, just earlier this week, the US Environmental Protection Agency announced a shift away from using animals in safety and toxicity studies. Indeed, researchers already started turning away from in vivo animal models, instead opting to conduct their research using in vitro and in silico models that stretch their research dollars and reduce animal suffering.

The enhanced tractability of mammalian cells will give other biology fields a fillip as well. Novel small molecules and proteins can be designed to aid in the elucidation of molecular pathways, making their mechanisms easier to interrogate, and possibly even giving rise to new molecular targets in drug discovery. Characterisation of these pathways, too, will become simpler, and careful design of rescue experiments will help to validate potential molecular targets.

The simple modification of mammalian cells will also help in the production of biologics. Currently, multifactorial considerations need to be made in bioengineering and bioprocessing—ranging from the choice of the cell line to the optimisation of growth conditions. The preprint authors have compartmentalised this process into a few key variables within a valuable toolkit and framework, which may help industry players develop optimised cell lines more quickly and cheaply.

All in all, Donahue et al. describe a powerful approach to rethink and redesign cellular engineering. Some work remains before the COMET toolkit’s potential in synthetic biology will be fully realised: as the preprint authors point out, a priority would be to expand the toolkit to include additional transcriptional factors and cognate promoters for which they are selective. But, to channel Disney’s Hercules, the utilisation of this toolkit is not in a far off place. Watch it go the distance.