It’s in the blood: enhancing malarial detection and expanding the antimalarial toolbox to treating amoebiasis

Over a week ago, Dr Pedro Alonso, the Director of the WHO Global Malaria Programme, released a newsletter that discussed selected areas of WHO’s World Malaria Report published one month earlier. Dr Alonso pointed out that while some countries with a high malarial burden made significant progress, the worldwide fight against malaria appears to have slowed. One such obstacle is the diagnostic gap in national malaria control programs, on which Longley et al. focussed. Specifically, Longley et al. believe that “identifying and targeting individuals with hypnozoites is… essential for accelerating malaria elimination”, and that “blanket approaches to malaria control and elimination” may not be efficient in coping with decreased endemicity as we approach the endgame of our battle with malaria. Longley et al. chose to work on Plasmodium vivax owing to its intractability.

Sauvey et al. examined the activity of mefloquine, an existing antimalarial, against Entamoeba histolytica, a parasitic amoeba which causes disease that is rampant in populations with sanitation problems. Because mefloquine is active against blood-stage malarial parasites and is also able to cross the blood-brain barrier, Sauvey et al. hypothesised that mefloquine may be useful for persistent invasive infections with a reservoir of parasites in the lumen; that is, mefloquine would be useful for treating E. histolytica infections.

The findings in the preprint by Longley et al. can be broadly classified into three phases. First, Longley et al. narrowed down to 60 candidate serological markers in the antigen discovery phase, then validated them in the next phase. Longley et al. provided a summary of these two phases in Figure 2 of their preprint.

The authors first limited the infections to PCR-confirmed infections to those which were recent, defined as those within the last 9 months. They then attempted to classify individuals based on levels of various serological exposure markers (SEM). Using this method, the authors found that the reticulocyte binding protein 2b (RBP2b), labelled in their preprint as PVX_094255, was 74% sensitive and 74% specific when used alone. The authors then used a linear discriminant analysis (LDA) classification algorithm to identify combinations of the 60 candidate SEMs to predict infections, finding a degree of redundancy among these combinations, as summarised in Table 1 below. 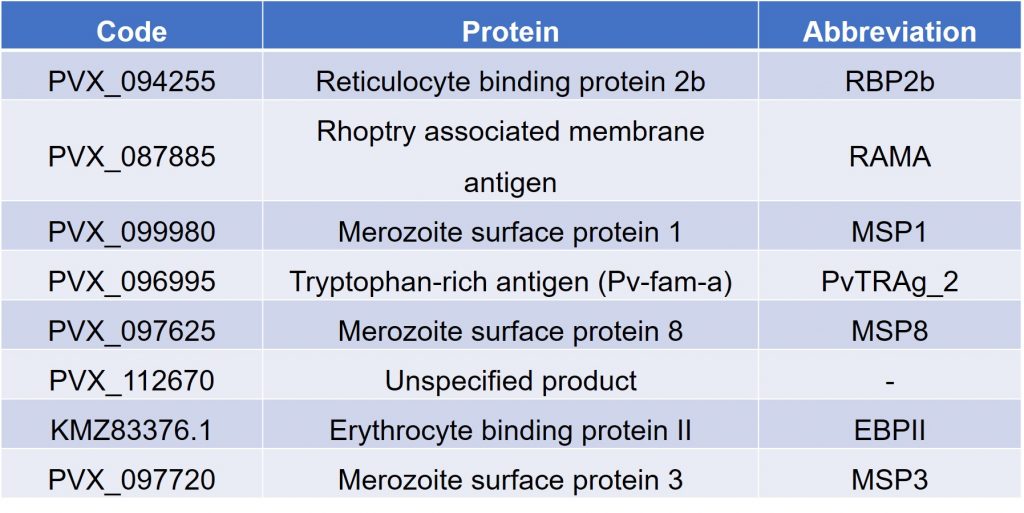 Table 2. Performance of the seroTAT approach compared to current approaches. 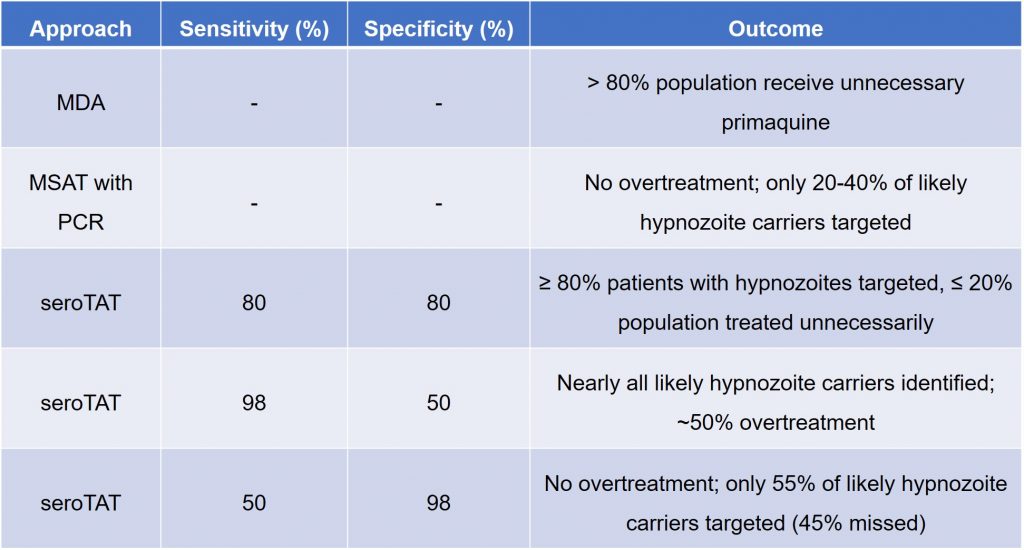 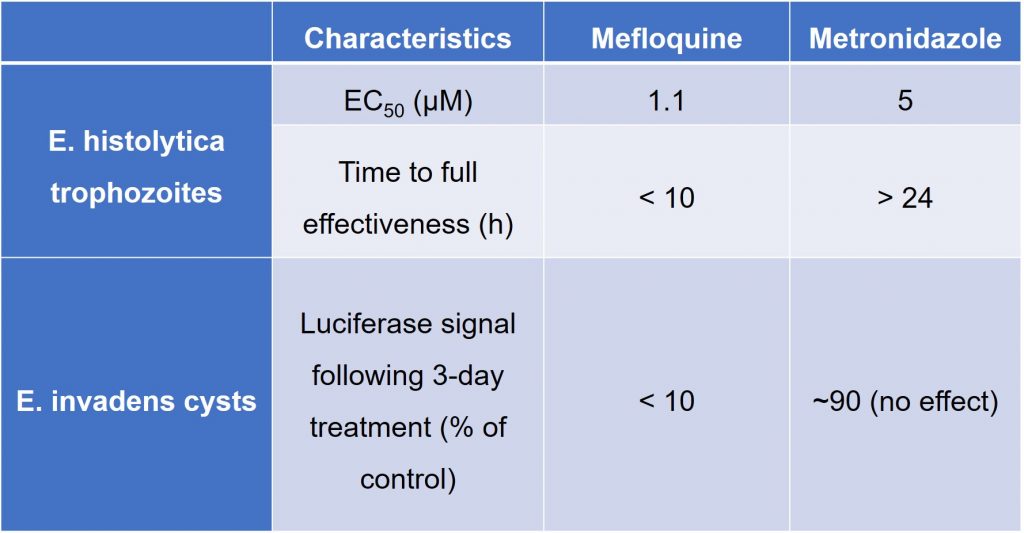 Why I chose these preprints

I selected both these preprints in this preLight to wrap up 2018 as they encapsulate the recurring themes that I have written about this year: on modelling and prediction, on infectious diseases, on pharmacokinetics and toxicokinetics, and on drug discovery and repurposing. Furthermore, in highlighting these preprints (which have the topic of malaria in common), I aim to emphasise that while this blood-borne disease may be controlled, it is far from being eradicated.

I chose the preprint by Longley et al. to underscore the role that big data plays in the world of infectious diseases. Amassing large amounts of data helps not just in drug discovery, but also in accelerating the development of diagnostic tests that are simultaneously more sensitive and specific, as well as more rapid and inexpensive. This ability to better target antimalarial therapy is especially valuable in reducing toxicities; among these, the most obvious would be to avoid delivering unnecessary and potentially harmful therapies to glucose-6-phosphate deficiency (G6PD) individuals.

The preprint by Sauvey et al. reinforces the value in drug repurposing, and reminds us that even old drugs with considerable side effects can still be useful in the context of other infectious diseases. The authors themselves point out two reasons to be sanguine about mefloquine therapy. First, metronidazole therapy runs the risk of patient noncompliance due to the twin reasons of adverse effects and the need for continued dosing even after symptoms improve; mefloquine’s long half-life may help to target both problems by reducing dosing duration. Second, metronidazole is unable to kill or prevent development of the infective cyst stage of Entamoeba. Interestingly, mefloquine is not fully absorbed in the intestines of patients. While this would be undesirable in other contexts as less of the drug enters systemic circulation, it is fortuitous in the case of amoebiasis, in which the lumen acts as a reservoir for E. histolytica.

Future work on malaria will involve expanding the findings made in the two preprints by Longley et al. and Sauvey et al. to other diseases and fields. Longley et al. point out that “similar efforts to develop SEMs are… underway for P. falciparum”, another parasite responsible for malaria. They also point out remaining challenges—one of which is to differentiate between SEMs of malaria-causing parasites, such as that between P. vivax and P. ovale, P. malariae, or P. knowlesi, depending on patterns of co-infection of these other related species.

A similar theme is echoed by Sauvey et al., who investigated mefloquine’s activity against cysts of E. invadens rather than E. histolytica. These interspecies differences will need to be further explored in order to present a better picture of mefloquine’s mechanism of action against E. histolytica. Furthermore, mefloquine’s efficacy will also need to be demonstrated in preclinical animal studies in vivo before progressing to in-human clinical trials.

Exciting times for the field lie ahead. ‘Tis indeed the season to be jolly.