Are mudskippers just trying to fit in? 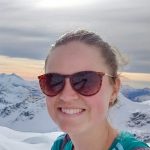 The amphibious blue-spotted mudskipper (Boleophthalmus pectinirostris) is a facultative air-breathing fish inhabiting the tidepools and mudflats along the coastlines of the northwest Pacific. These harsh habitats often feature extreme variations in salinity, oxygen availability, and temperature leading to a plethora of compensatory adaptations in the species which inhabit them. One character which is thought to have evolved at least 80times in fish living in such challenging environments is the ability to breath air. This transition is accompanied by a suite of adaptations including development of an air-breathing organ, changes in acid-base status and regulation, hemoglobin oxygen affinity, and morphology.

Whilst there are various adaptations that air-breathing fishes successfully employ for survival, the focus of this study was to investigate the potential modifications in hemoglobin oxygen affinity in the blue-spotted mudskipper. Most teleosts exhibit several hemoglobin isoforms, and it is generally thought that this acts to increase the breadth of conditions the fish is able to inhabit. This is due to the fact that these different isoforms generally vary in oxygen affinity, Bohr and Root effect strength, and/or receptivity to organic phosphate modulation.

What did this paper find?

Air-breathing teleost species such as the blue-spotted mudskipper, which inhabit aerobically challenging environments, would appear to represent an optimal group for such a situation of hemoglobin isoform heterogeneity. However, this preprint claims the opposite. Storz et al., found that in the two hemoglobin isoforms investigated there was no difference in oxygen binding affinity under various conditions of allosteric modulation (Cl, ATP, pH); both isoforms had a high oxygen affinity, moderate sensitivity to allosteric modulators and a large Bohr effect. Despite this, the authors showed that the áchains involved in the two isoforms are highly divergent (~62% similarity) and are members of two separate gene clusters, a result of whole genome duplication in the teleost lineage.

Having a high hemoglobin oxygen affinity is likely advantageous for air-breathing teleosts during the times they spend respiring in hypoxic waters, however one potential drawback of this system is that it may hinder oxygen unloading in the tissues. This may be partially mitigated by the mudskippers large Bohr effect, however it is unclear whether their hemoglobins also show a Root effect. It appears strange though that the blue-spotted mudskipper expresses two different hemoglobin isoforms with no apparent differences in affinity or modulation. This suggests that the differences in amino acid sequence between the áchains are likely located in parts of the protein which are not involved in folding or oxygen binding and may simply be an accumulation of silent mutations. But then this poses questions surrounding the adaptive significance of these variations in the áchain sequences. Why develop and maintain two hemoglobin isoforms which are phenotypically indistinct? The authors suggest that the overall diversity of hemoglobin isoforms that are simultaneously expressed is not a strong determinant of physiological versatility or ecological niche breadth. However, this seems to be in opposition to much of the literature, which gives many examples of species expressing multiple hemoglobin isoforms with differing oxygen binding characteristics simultaneously. Amongst air-breathing teleosts we can see the Amazonian armoured catfish (Hoplosternum littorale) with one major isoform which differs both functionally and in amino acid sequence, the bowfin (Amia calva) which appears to have various isoforms each with very similar characteristics, and the European eel (Anguilla anguilla) which seems to have one isoform with a Root effect and one without.

As the ability to breath atmospheric air hasevolved many times independently in the teleosts, it is difficult to see patterns and there appears to be many opposing situations. This makes it extremely difficult to draw meaningful conclusions surrounding the role and importance of different aspects of these respiratory systems. With such diversity in the hemoglobin characteristics of air-breathing teleosts, should we be surprised by the system shown here in the blue-spotted mudskipper? Or are the mudskippers just trying to fit in?

Di Prisco G. & Tamburrini, M. (1992). The hemoglobins of marine and freshwater fish: the seach for correlations with physiological adaptation. Comp. Biochem. Physiol. 102B, 661-671.