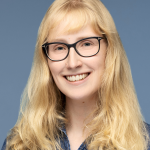 All living organisms are attacked by viruses, and bacteria are no exception: they are infected by viruses called bacteriophages. To fight off viral invaders, bacteria have evolved various defence mechanisms. These include restriction-modification systems, abortive infection, and CRISPR-Cas systems. To invade the host, bacteriophages bind sugars and proteins present on the outside of the cell envelope. The cell envelope, composed of the cell wall and cell membrane, allows bacteria to withstand adverse environmental conditions, including changes in salt concentration, temperature, or pH, and serves as a selective barrier to the environment. Bacteriophages exploit molecules of the cell wall, using them as entry doors to penetrate the host cell.

In this study, Ongenae et al. describe a novel bacterial defence mechanism that blocks entry to phages: the temporary removal of their cell wall. This mechanism is tied to osmoprotective conditions – a situation in which the number of dissolved molecules in- and outside the cell stays constant. Such conditions exist in plant sap, in rainwater in soil or inside host cells – when bacteria reside inside mammalian cells.

The authors hypothesized that in these conditions, the lacking cell envelope provides no entry point for the bacteriophages, thereby preventing infection. These insights will help improve the use of therapeutics to fight bacterial infections. It is time to rethink the use of cell wall targeting therapeutics in osmoprotective conditions.

1. Distantly related bacteria defend themselves with a cell wall-deficient lifestyle

The authors tested their hypothesis in Streptomyces, a bacterium known for its cell wall-deficient lifestyle. Upon exposure to the lytic phage LA7 in osmoprotective conditions (LPB medium), Streptomyces formed cell wall-deficient (CWD) cells. The bacteria exhibited a survival rate of 4% compared with a control culture that died completely when exposed to the phage under non-osmoprotective conditions (LB medium). They determined the survival rate by counting the number of colony-forming units and observed that some bacterial cells regenerated a cell wall, indicating that cells could switch between both lifestyles. To confirm that their observations could generalize to other lytic phages, the researchers tested three other viruses (CE2, CE10, and LD10), which corroborated the previous result.

The researchers also wanted to know whether this defence strategy is shared with other bacterial species, and tested Bacillus subtilis and Escherichia coli, two species that are evolutionarily distant from Streptomyces, using φ29 and T4 bacteriophages respectively. They obtained the same results as described for Streptomyces. Previous research revealed that dying bacteria release endolysins – enzymes that degrade the cell wall. This could explain cell wall removal in surrounding bacteria. The scientists refuted this hypothesis: a phage-infected B. subtilis culture was filtered, and the supernatant including released endolysins from dying host cells was applied to a fresh bacterial culture. In the new culture, no CWD cells arose, confirming that endolysins from dying cells do not cause cell wall removal.

2.  The missing cell wall is key to the defence mechanism

To demonstrate that the absence of a cell wall and not another mechanism protects against viral attack, the scientists artificially generated CWD cells. They treated Streptomyces, B. subtilis, and E. coli with lysozyme and/or antibiotics to strip their cell wall. Subsequent phage infection had no effect on the bacteria, which shows that having no cell wall indeed protects against phage infection.

To confirm that phages fail to attach to CWD cells, the scientists used cryo-electron tomography (cryo-ET) and imaged the process. They obtained different results for E. coli and B. subtilis: no phages could attach to E. coli, while some bound the surface of B. subtilis. Two observations indicate that the φ29 phage successfully infected and proliferated in B. subtilis host cells: empty phage capsid heads, indicating that the bacteriophages successfully ejected their genetic material, and filaments that resembled p1 proteins, an indicator for ongoing phage DNA replication. These results suggest that artificial cell wall stripping protects E. coli against phage attachment but not B. subtilis.

To provide another line of evidence that phages are less successful in infecting and multiplying in CWD cells, the researchers assessed the phage’s progeny by counting the plaque forming units, equivalent to the number of new phages after proliferation in a bacterial culture. They counted less phage progeny in the LPB medium in B. subtilis and E. coli compared to control cultures in LB medium. This is consistent with the observation that bacteria have better chances of survival in LPB than in LB medium. Artificial cell wall stripping in E. coli effectively blocked all phage progeny compared to LPB medium, in which phages can still proliferate to a certain extend. This boost in protection through artificial stripping is not seen in B. subtilis. This suggest that artificial cell wall-stripping provides less protection to B. subtilis than to E. coli, which is in line with the cryo-ET data.

This preprint provides new insights into the toolbox that bacteria use to ward off viruses. It describes a novel mechanism that allows bacteria to defend themselves against various kinds of phages, in contrast to other mechanisms such as CRISPR-Cas systems, which only target specific phages.

This discovery is particularly valuable in the context of rising antibiotic resistances among pathogenic bacteria. One of the biggest medical challenges of the 21st century will be to develop new therapies to tackle bacterial infections. Phage therapy to treat bacterial infections is an avenue worth exploring. This study suggests that phage therapy and cell wall targeting antibiotics should not be used to tackle infections in osmoprotective environments.

Future research will have to focus on unravelling host-phage interactions, with the outlook to unveil new weak points for attack or to develop strategies to circumvent known defence mechanisms.

I find this preprint remarkable because it shows a novel bacterial defence mechanism. It also provides the first visualization of interaction between cell wall-free B. subtilis and bacteriophages using cryo-ET. It is delightful to see how cryo-ET enabled to capture the binding of bacteriophages to the bacterial cells and hijacking cellular machineries to replicate. This sets great expectations for what future studies will help visualize using this method.

Do you have any ideas or guesses on how the cell wall shedding process begins? Could it be a “community answer”, as seen with quorum sensing?

We hypothesize that this process starts when bacteriophages attach and eject their DNA in walled cells. When the bacteriophages then start the lytic lifecycles, they produce holins and endolysins to break down the cell wall and peptidoglycan layer from the inside. We think that these proteins, which in normal cultivation media would results in the lysis of the bacteria, cause the infected bacteria in osmoprotective medium to survive, by shedding of the cell wall and adopting a spherical morphology. Due to the osmoprotective properties of this medium, these cells do not lyse and can regrow into a walled bacteria. However, we cannot yet rule out the possibility that infected bacteria produce proteins or signals that informs the uninfected bacteria to shed their cell wall. We are currently trying to unravel  the interesting mechanism behind these phenomena.

Do you have any plans on elucidating the signalling networks underlying cell wall removal? Could this be an interesting weak point to target with the goal to boost the effectivity of phage therapy?

It would indeed be interesting to elucidate the signalling pathway underlying the process of cell wall deficiency. Currently, other PhD students in our group are trying to figure out what genes are involved in this process, using E. coli as a model organism.

The goal of phage therapy is to clear the human body from pathogenic bacteria. However, if bacteria could become wall-deficient after phage infection, this could impact the efficacy of phage therapy in for example recurrent urinary tract infection, where it has been shown that L-forms might play a big role [1]. In this case, it would be helpful to use antibiotics that interfere with the process of wall deficiency and make a phage/antibiotic cocktail to lyse all remaining bacteria.

Do you think the difference in phage attachment in coli and B. subtilis CWD cells can be explained by the differences in their membrane structure?

Yes, we think it can be explained by the receptor binding proteins of the bacteriophages. It is hypothesized that phage T4 attaches to OmpC or lipopolysaccharides on the outer membrane of walled cells [2]. However, it remains difficult to distinguish with cryo-TEM if E. coli wall-less cells still have an outer membrane. Our data suggests that phages can no longer bind to these cells, since we see no new phage progeny when we infect artificially induced wall-less spheroplasts. Using cryo-EM, we see that phages can still attach to B. subtilis protoplasts, which is in line with the PFU assay showing that new phage progeny is produces when protoplasts were infected. We tried to explain this difference by the fact that these phage recognized the teichoic acid in the cell wall, which was anchored in the cell membrane. Therefore, small pieces of teichoic acid might still be exposed to the environment, causing the phages to recognize the bacteria, but in significantly lower frequencies compared to bacteria with a cell wall. We are really excited to investigate these phenomena in more detail and see what impact it might have on phage therapy!

Do you agree that modifying the cell wall properties of bacteria might make them resistant to phage? If yes, what are the properties you think could be modified, and how?